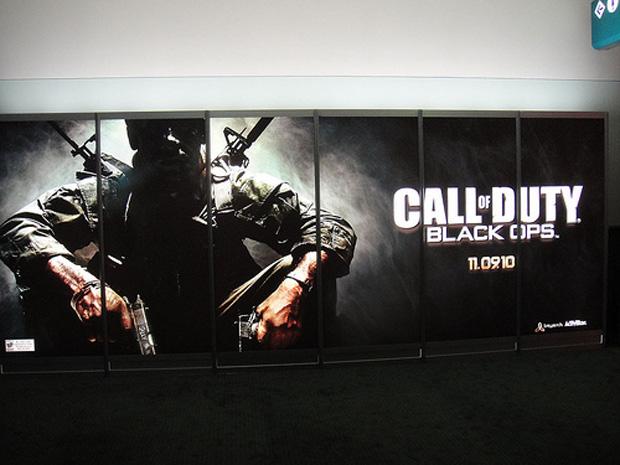 For gamers, it really will be a call of duty: If the past sales and popularity are any indication, when the newest version of “Call of Duty” comes out on Nov. 9, thousands of gamers will likely flock to stores and websites to purchase the next installment in the military video game franchise.

The game’s predecessor, “Call of Duty: Modern Warfare 2,” holds the Guinness World Record for most successful all-time entertainment launch. Released in Nov. 2009, “Modern Warfare 2” grossed more than $400 million worldwide in its first day. Yet some speculate that “Call of Duty: Black Ops” could surpass it as the most financially successful entertainment launch of all time.

The marketing buildup for the new “Call of Duty” installment has added fire to a growing debate over just what video games are: A useless mechanism for teenage escapism, or a piece of art with a deep science of imagery, plot, characters, and experience that rivals the great poems and paintings of our time.

The feud between gamers and their harsh critics first became mainstream last April, when Roger Ebert, a prominent film critic, wrote an article for the online Chicago Sun-Times, entitled “Video Games Can Never Be Art.”

The article, which rejected video games as a legitimate art form, sparked an uproar. “In principle, video games cannot be art,” wrote Ebert. “No one in or out of the field has ever been able to cite a game worthy of comparison with the great poets, filmmakers, and novelists and poets.“

“A lot of things Ebert said were based on fundamental misunderstandings of the nature of gaming,” Hamilton says. He points out that “people are talking about games more seriously because games make more money than films. There are blogs out there where people are taking really serious, critical looks at games. It’s awesome.”

To be sure, video games are becoming as common as television. According to the website Online Education, 65 percent of U.S. households own a video game console of some sort. On average, a “gamer” plays up to 18 hours of video games a week. Nearly 50 percent of all teenagers play some sort of video game every day. As games pervade our culture, people have started thinking, writing, and discussing video games in a more critical way.

Hamilton “for a long time… played them as just a fun thing.” But after purchasing an Xbox 360, he “discovered the brainy side of it. And now I’m part of this whole community and I’ve become a game writer. So it’s gone from kind of a thing I did as a kid to becoming an art form that I’m frankly pretty obsessed with.”

Ebert himself admits, “One thing I brought from this experience was that I lacked a definition of art.”

As everyone from Plato and Cicero to Pablo Picasso knows, the definition of art is extremely ambiguous and personal. Given this, Wikipedia offers a definition that gamers might appreciate: “Art is the process of deliberately arranging elements in a way that appeals to the senses or emotions.” Most reviews and analyses emphasize the specific arrangement of a game’s elements. Graphics engine, game play, sound, and replay value are all elements that stimulate gamers’ senses, emotions, and creativity.

For Urban junior TMO O’Connell, a video game “is a way of expressing your creativity and passion. It is similar to drawing something… you’re still creating a new world.” However, TMO, who has been playing video games since middle school, doesn’t always play video games for the artistic experience. He enjoys video games as “a way to have fun, relax, and let out stress.”

Hamilton, who teaches art (music) for a living says, “you can’t define art, there’s no one definition. It’s a flawed premise.” Nevertheless, he still strongly believes that “video games are already art,” and that “they have been art for a very long time, since they were first created.”

Not everyone considers art’s definition so abstract. Kelli Yon, an Urban visual arts teacher, describes art as “something that creates a blip in a viewer’s day; something that can activate one’s imagination, and leave a question or thought or feeling that would not have otherwise been there.”

This might describe action-adventure video game “Shadow of the Colossus”, a Japanese game that received universal praise. The game plays a significant role in the 2007 Adam Sandler film, “Reign Over Me.” The protagonist uses the journey and battles of “Shadow of the Colossus” to construe and cope with his wife’s death during the 9/11 tragedies.

Or possibly “Myst,” a graphic adventure game that leads the player through different worlds and endings. While playing “Myst,” people found “their fictional world a religious experience,” Steve Daly wrote in Entertainment Weekly. Edward Rothstein wrote in The New York Times that “Myst” had “defined a new art form.”

“I have books to read and movies to see,” wrote Roger Ebert in his concluding video game article. “I was a fool for mentioning video games in the first place.”