Review: New DVD of “Midnight in Paris” worth another round of movie watching 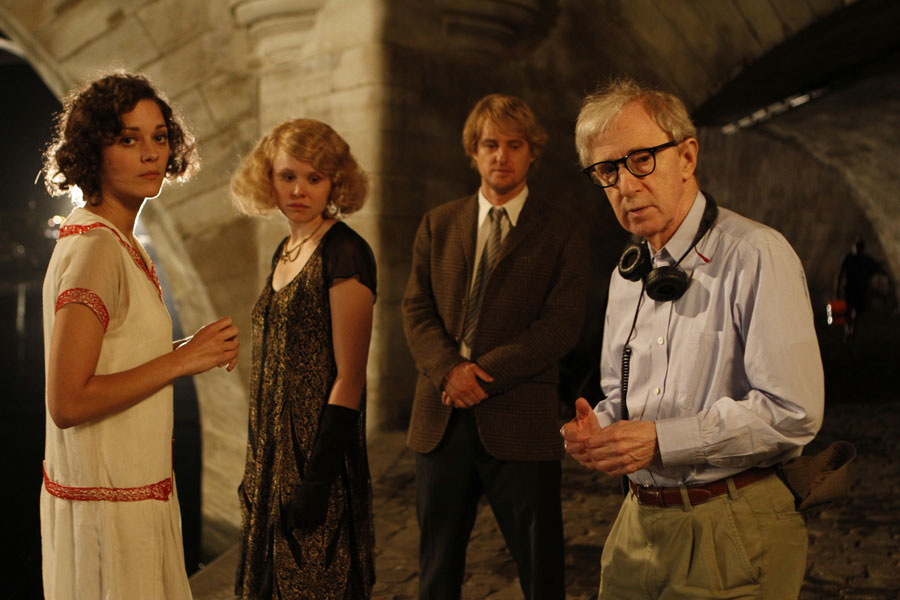 One of the finest gifts a film can bestow upon viewers is a chance to escape. Woody Allen’s most recent film, “Midnight in Paris,” does just this. Imagine the charm of brass horns floating through scenes, Peugeots filled with partygoers freely gulping champagne, and witty banter between F. Scott and Zelda Fitzgerald. Here you have “Midnight in Paris,” Allen’s film about a modern man’s escapades in Paris of the 1920s. It was released in the U.S. in May of 2011 and returns on DVD on Dec. 20.

“Midnight in Paris” features Owen Wilson as Gil Pender, an earnest writer, disillusioned with his screenwriting job and his life with fiancée Inez (Rachel McAdams) in Los Angeles. The film follows him as he mysteriously stumbles upon 1920s Paris, a place filled with characters such as Ernest Hemingway, Gertrude Stein, Pablo Picasso, Salvador Dali, and Man Ray.

Allen does a fantastic job of allowing his audience to join Pender in Paris in the present, as well as in the 1920s. He paints Paris as a city full of life, animating it with characters that charm the audience with a combination of comic genius and tender portrayals.

“Midnight in Paris” is the biggest box-office success of all of Allen’s films, having made over $50 million domestically by the end of August, and remaining in select theaters for over six months.

In my opinion, its status as a critical and commercial hit is due in part to excellent casting choices. Allen assembled an exceptional team of actors for this film. Many are caricatures of the historic figures they represent. Corey Stoll, for example, playing Ernest Hemingway, delivers his lines as brilliantly as Hemingway’s work reads.

Other characters are just as compelling. Michael Sheen is superb in his role as Paul, an ever-pompous pseudo-intellectual, and Marion Cotillard, playing Picasso’s muse, Adriana, allures the audience with her air of mystery. Of course, “Midnight in Paris” would not be complete without Owen Wilson, who is able to depart from the neurotic lead character that appears in many Woody Allen films, mixing Allen’s humor with his own.

“Midnight in Paris” was presented at the 2011 Cannes Festival, and nominated for best cinematography from the 2011 Independent Spirit Awards. Many online film outlets expect it to be nominated and possibly receive an Oscar for Best Picture or Best Director. Nominations will be announced on Jan. 24, with the awards telecast set for Feb. 26.

As the trailer for this movie says, Paris in the morning is beautiful, Paris in the afternoon is charming, and Paris in the evening is enchanting, but Paris after midnight is magic — as is the film itself.

—The DVD of “Midnight in Paris” can be purchased on Amazon for $17.99 or rented from Netflix beginning on Dec. 20.