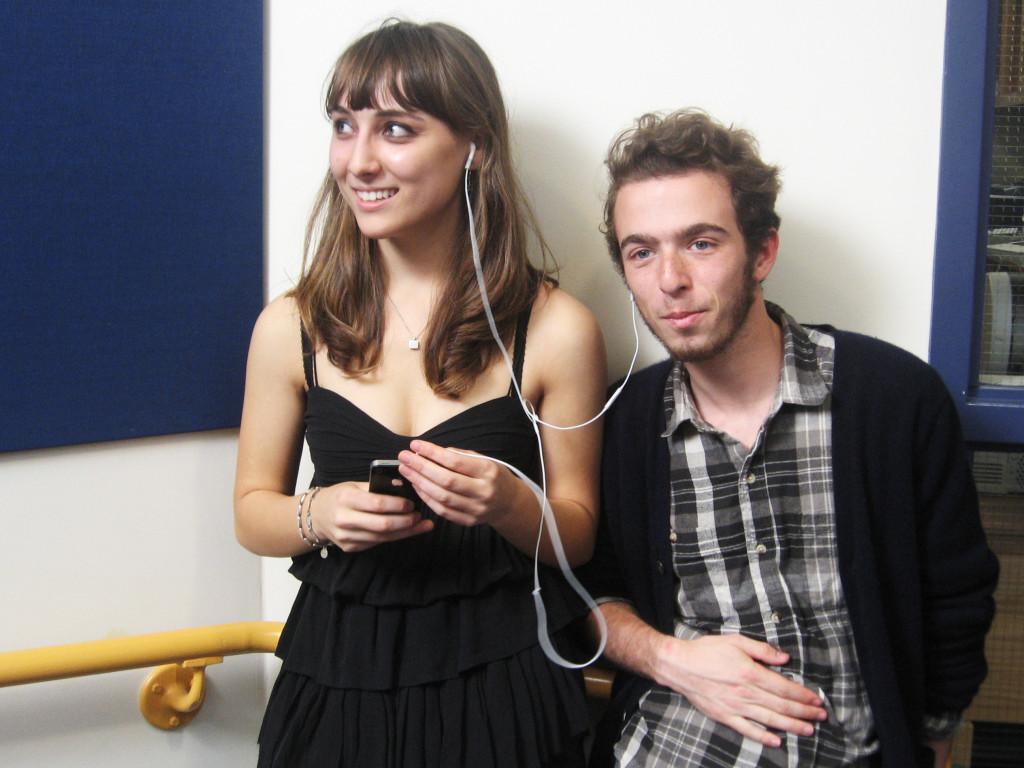 Thanks to the Internet and modern digital technology, a new genre of music has caught the attention of music aficionados and can now be found on a growing number of teen iPods.  Defined by urbandictionary.com as “cutting and pasting samples and loops from two or more popular tracks to form a new track, often forming a surprisingly catchy new tune,” this particular musical genre is commonly known as the mashup/remix.

“Many (disc jockeys) form their whole careers around mashups and do a good job,” says Chris Harvey (’12).  Some of Harvey’s favorite mashups are on The White Panda album, “Pandamonium.”  He also enjoys the mashup, “Feel Me Flow,” which is a combination of music from artists Notorious B.I.G., Tupac, and Big L.

The mashup genre technically extends back to the beginning of recorded music.  For example, in 1956, Bill Buchanan and Dickie Goodman released what they dubbed a “break-in” song called “The Flying Saucer.” It was a rendition of a mock-emergency broadcast by Orson Wells with musical snippets mixed in sporadically.  Throughout the years, the genre has adopted a variety of names, from xenochrony in the 1970s to “bastard pop” in 2001.  Only recently, with the development of digital audio tools and the current state of technological ease, has the mashup genre achieved renown and popularity.   These days, musical performances in which DJs clack away on their MacBooks and mixers are a common sight.  The DJs aren’t actually playing the guitar or banging away on the drums, because the original artists have already done that work for them.

However, this genre comes with a growing mutual dependence on friends as well as a slightly competitive environment regarding musical sophistication and immersion.  This is because the speed with which mashups are being produced is difficult to keep up. It is a constantly evolving genre, due to the vast possibilities for mixing that are available to talented DJs.

“I admit it does feel gratifying when I stumble upon a good song, remix, or mashup on the Internet and introduce it to my friends. But for the most part, I usually get most of my music from other people,” says Emma McCune (’12).  Teens are constantly striving to discover more music to keep up with their ever-evolving taste and to develop their musical appreciation.  There are always new mashups to be found and downloaded, so one person cannot single-handedly know them all.

Teens are dependent on each other for mashups because most are not sold on iTunes.  Mashups infringe on copyrights and are therefore illegal. Fans have to turn to other resources, such as peers and the Internet, to discover the ever-growing number of remixes.  Thankfully, sites such as YouTube, Mediafire, and various music blogs provide the means of adding these artful creations into our iTunes libraries, free of charge. Although these websites make it rather easy to obtain the mashups, the legalization of creating and selling the mashups should happen.

Mashup/remix is the innovative new genre of music that accompanies this tech-savvy generation. Although I do not know the complex process behind copyright and patent laws, I do know that these laws should not stop the genre from growing. Selling the mashups on iTunes would be financially astute, because the fan base is large and increasing in size.  Rather than condemning or trying to stifle the genre’s popularity, the tracks should be legalized.

Mashups, even though they are using somebody else’s material — which some deem as unimaginative — are clever and unique. The giant quantity of existing music allows DJs to use their creativity to remix this music into their own creations, of which the possibilities and combinations are infinite.

However, this current illegality remains a huge controversy between the DJs, who make a living off these sought-after remixes, and the copyright owners and music industry executives.

Gregg Gillis, the well-known mashup artist behind the name “Girl Talk,” stands resolute in his argument for the legalization of his and others’ work.  He says that “sharing ideas and being influenced by those who come before you has always been the foundation of progress in art and music.” To support this stance, Gillis, speaking for DJs like himself, swears that his work falls under “fair use,” which exempts him from a strict copyright law. By contrast, this law, stated in a post on the blog, The Cover Stories, called “The Controversy of Mashups: Girl Talk,” says that “in legal terms a musician who uses parts of other compositions creates what copyright law calls a derivative work, so the permission of the original song’s writer or current copyright holder is needed.”  Opponents accuse mashup artists like Gillis of “substituting someone else’s creativity for their own,” the post said.

After researching, it is easy to conclude that the dispute all comes down to the money.  The owners of the original copyrighted music do not get paid when clips of their music are used in mashups.  However, mashup artists like The White Panda and Girl Talk make money through their various performances and albums. So, from what I infer, artists feel envy that someone else is making money off of their own originality and creativity.  While I do support the legalization of mashups, I also believe that the original artists should get some sort of compensation when their work is used in mashups.  That way, everybody would be content with the sharing of music.

In reality, though, the listeners could not care less about the legality of their music, because they just want to listen to good music.

Julian Matulich (’12) is not alone in the nonchalance he has about mashups.  When confronted with the statement: “Downloading mashups is technically breaking the law,”

Clearly, Rep. Lamar S. Smith (R-Texas) — the man who introduced the Stop Online Piracy Act (SOPA) — did not share Matulich’s carefree feelings about mashups’ use of purloined music. SOPA was introduced with the exact purpose of fighting the online trafficking of plagiarized or pirated material.  In other words, SOPA intended to destroy everything that the mashup/remix genre relies on for survival. If it had passed — which, thankfully it did not — SOPA could have shut down all of the music blogs, as well as file sharing websites such as Mediafire.  The free and easy access to mashups that people enjoy faced complete extinction.

At this point, it is clear that the mashup genre cannot be stifled.  The DJs are not going to stop creating, and the fans are not going to stop listening simply because of laws. Further restrictions against the genre seem silly and futile. The legalization of mashups and remixes should happen, but with some proper reimbursement for the original artists.  It is understandable that copyright laws and SOPA strive to halt pirating of movies or original songs, but mashups are entirely different.  They are a new, groundbreaking medium of art. Lawmakers should see reason and join the era of mashup, rather than trying to impede the success and survival of the genre.