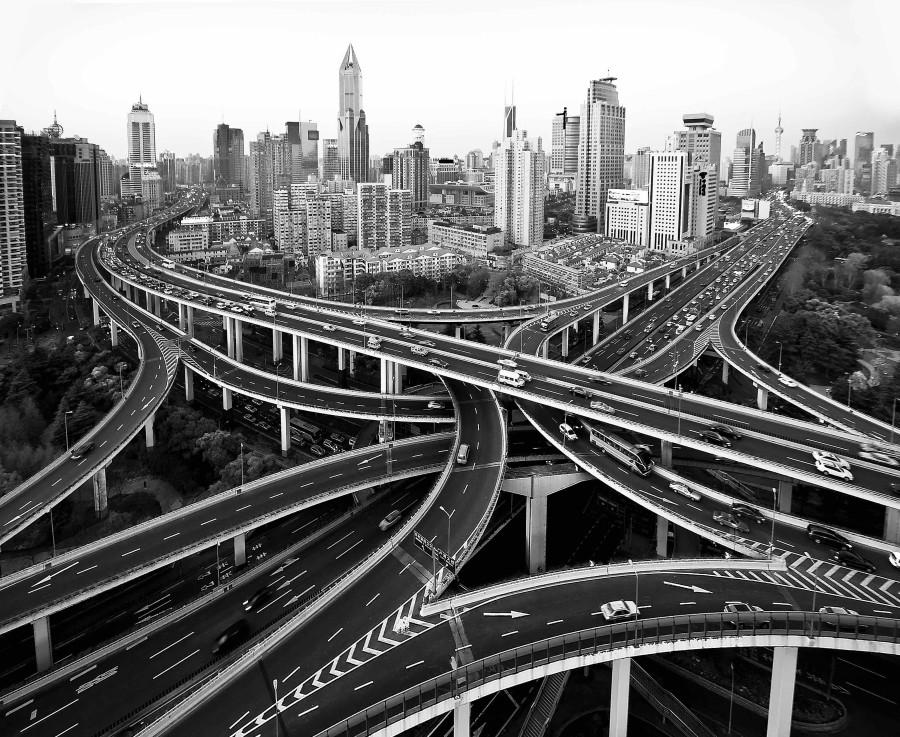 Electricity flickers across the earth, triggering the annihilation of old China — 9.9 tons of dynamite. They are building a new Economic Development Zone in Zhejiang Province, and they’ve already leveled exactly 108 mountains and hills. A foreman says they’ve blasted 1.2 million cubic meters of this mountain out of existence. But this is hardly the most dramatic scenery on China’s steep ascending path.

In “Country Driving: A Journey From Farm to Factory,” New Yorker staff writer Peter Hessler navigates China’s newly paved roads from the wheel of a Beijing rental car. It’s a vivid portrait of China’s modern spirit of ambition and confusion, stretching across fields, boomtowns — countless “landscapes on the verge of change.” As Hessler writes, “In China, it’s not such a terrible thing to be lost, because nobody else knows exactly where they’re going, either.”

In the first of the book’s three parts, Hessler drives along the Great Wall of China, from Beijing’s alleyways of power to hinterlands “so barren that nobody had bothered to carve propaganda into the mountains.” Along the way, amid a landscape of depopulated farmland and swirling dust, Hessler sees an uncanny emblem of Chinese power whitewashed across the wall:

The landscape nearby is dotted with “a galaxy of holes waiting for new saplings.” This is the World Bank-funded project, a tree-planting campaign. Hessler spies a gang of men and women with shovels. One man, wearing a castoff army jacket, explains, “For two or three generations people have been digging these holes, and you still don’t see any trees here.” Local officials are embezzling the money for the trees. And the laborers’ wages? Five bowls of instant noodles per day.

Hessler describes, with vivid color, a land of contradiction and opportunity. His rental car works a “drive-through harvest”: Farmers place grain on the open road, and tires separate the wheat from the chaff. Later, at a public funeral on a busy road, he meets a man with 27 jobs listed on his business card, including selecting marriage partners, treating unusual diseases, and playing horns and drums.

In second section of “Country Driving,” when Hessler arrives in the village of Sancha, near Beijing, his rental is the only car in sight. There is no bustle: not one store or cell phone, only walnut orchards. Wei Ziqi is Hessler’s amicable landlord there. Coming off of a failed stint as a leech farmer, Wei establishes a guesthouse in Sancha. Nostalgic urbanites begin to visit, propelling him into China’s middle class: he begins traveling into the city and carrying class-appropriate cigarettes. His wife turns to religion, his child refuses to attend kindergarten, and the family acquires its first car. It’s an intimately told story that echoes the American ideal of mobility.

This year, Chinese are forecast to buy over 20 million cars — millions more than Americans. And until recently, most have been first-time owners. Hessler describes the habits of his roadway companions, most of whom are effectively teenage drivers. They rarely use signals and “move in packs,” tailgating whenever possible. They see windshield wipers and headlights as a distraction, and honk constantly. Hessler meets one test-driver for an engineering company had only received his license a month earlier. He sees truck drivers lighting road flares beneath their frozen fuel lines. When visiting a driving class, he is told that a day earlier, everyone had gotten so drunk at lunch that afternoon lessons were canceled.

Will China democratize? Will its economy stagnate? “Country Driving” doesn’t try to answer these questions. Rather than focusing on daily headlines, Hessler documents their impact on human experience. There’s humor, pathos, anxiety, and excitement. In precise yet elegant prose, he describes a country that has never seen change of this magnitude before.

The third and final section of “Country Driving” begins with an empty span of concrete, half-built, portending a landscape transformed. As Hessler drives by, workers’ welding torches are “an intimation of the headlights that would someday sweep across” the new road. Later, billboards appear, advertising the wares of one-product towns: hinges, then faucets, then automobile axles. A destination emerges.

Hessler is driving to a new factory town in southern China called Lishui. He watches it come to life. The air starts to smell like smoke, from the fake leather factories. A digital screen downtown begins flashing job listings. Street performers shout into the street: monologues about a faraway home. The erratic rumbles of construction morph into the constant rhythm of factory machinery. Migrant workers talk unmuffled into the night. Amid the clamor, Hessler sees a message painted golden on a factory door, echoing the brilliance of a country on the move:

THE TREMORS OF THE FUTURE
ARE HAPPENING RIGHT BEFORE YOUR EYES