Rooms With a View 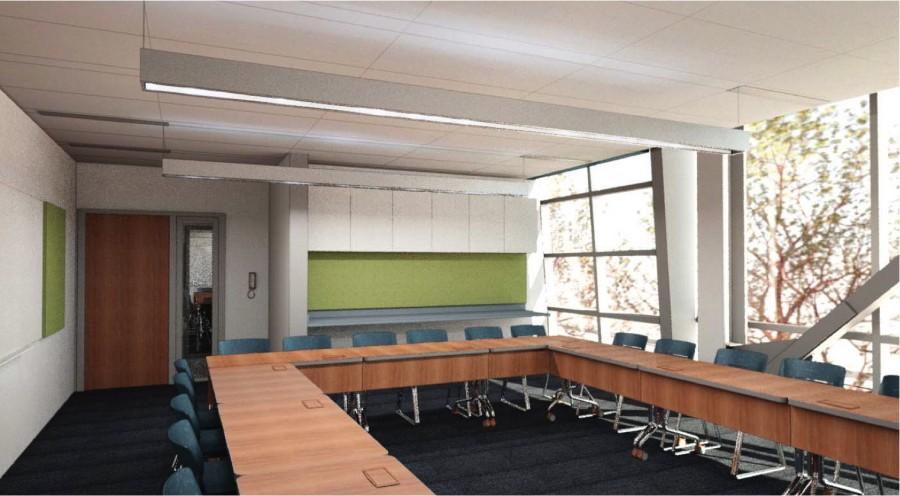 Urban’s North Campus, the so-called “Blueprint for the Future,” is opening next year. The 63,000-square-foot building will include seven classrooms, two student commons, a college counseling center, a “tournament-sized gymnasium,” and more. Wow. Given the blinding rate of change at 1563 Page St., there are many urgent questions for us to discuss. Other than establishing the hierarchy of which grade eats lunch where, none is as important as this: What will the new classrooms be named?

As you ponder, keep in mind that this is perhaps the only long-term effect that anyone at Urban will have on the school — or even on the world. Put simply, we will probably never have this amount of responsibility again. So, for me at least, nothing has ever matched the intensity of my current captivation with this issue — not mountain biking, not literature, not even Pokémon.

However, I am told that by the time this goes to press, the names will have already been decided by a group of students, teachers, and administrators. A group that does not include me. In other words, I have absolutely no control over the fate of my community. Like a fallen leaf in a hurricane, like an artisan coffee mug craftsman in the age of globalized capitalism,  I am powerless against the cold, relentless  forces of world.

Even so, this school has instilled in me an abiding belief in the power of faith. All radical change begins as an irrational inkling of hope. So, I choose to believe that I can make a difference. The sheer power of my vision will prevail.

With that, here are some of my best ideas for new classroom names:

Shades of blue. Need I say more? Names could include “Azure,” “Cobalt,” “Windex,” and “Disconnected Smartboard.”

2016 presidential campaign. Because, by the looks of thing, politics is only getting worse. Names could include “Dr. Ben Carson,” “I beat China all the time,” “Democratic Socialist,” and “We’ve had enough Bushes.”

Famous first lines. Be immersed in the biggest questions of life and literature. Names could include “It was a pleasure to burn,” “Call me Ishmael,” “It was the best of times, it was the worst of times,” and “Lolita, light of my life, fire of my loins.”

Katy Perry songs. Discover your blue-tinged teenage dream. Names could include “Dark Horse,” “Wide Awake,” “E.T.,” and “Do you ever feel like a plastic bag?”

High ideals. How Urban students are changing the world. Names could include “Facebook Debate,” “ I Statements ,”  “Lunchtime Forum,” and “Paying $6000 to travel to the developing world and serve those less fortunate than us.”

I hope that my lofty status as a credentialed and utter-extremely eloquent member of the Urban press corps can still allow my voice to be heard. Because just as the high-tech, trendy-looking web page for the North Campus says, I am fighting to  “create a promising future for every Urban student.” Even if I’m not donating any money.