The amazing pets of Urban 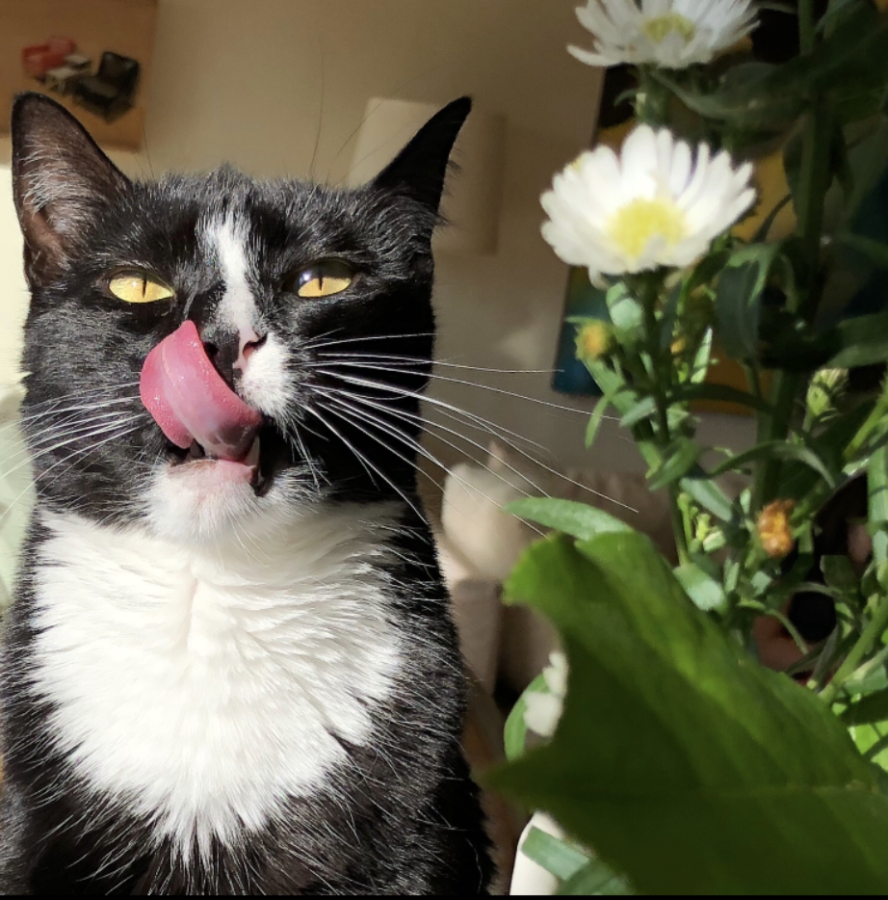 Animals play a significant role in the lives of people all around the world as well as the lives of the Urban students. They are our companions, our best friends and a part of our families, but our pets are often even more unique and amazing than we imagine. Continue reading and you will find fun stories of the pets of Urban and the incredible things that they can do!

Lola McAllister
Astro sucks on people’s fingers. He can spend hours doing that if you let him. My family and I think it’s because he was taken away from his mom too early. Maybe he’s looking for milk.

Salami is a 7-year-old tuxedo cat. She has an Instagram, @salami_kitten, run by her 12-year-old owner Delilah. She lives in San Francisco with Tallula and Delilah Ricciardi. She loves eating butter and sleeping on the kitchen counter. Salami has been featured in Animal Tales magazine for being a cute pet and hopes to become even more popular on Instagram.

My snake is named Mr. Slithers; she is a rosy boa who loves to hide under rocks. Despite the name Mr. Slithers, my snake is actually a girl. When she was first gifted to me for my birthday at age nine by my dad, I was told she was a male. However, about three years later we learned how to identify the sex of a snake and learned she is actually a girl. We still felt the name was fitting and kept her name. Many see snakes as a scary, aggressive and dangerous animal. Some breeds of snakes are, but she is in fact very sweet, and rosy boas are the least dangerous breed of snake. She would also never bite a human unless she was in a lot of danger. She is very low maintenance and loves to be held and pet.

My dog’s name is Ani. She’s a Rhodesian ridgeback, which is an African dog that was bred to hunt lions. She’s also partially blind due to cataracts, but it doesn’t really affect her daily life. When she’s happy she wags her tail and her butt wiggles and it’s hilarious. (There’s also Juma, who is also a Rhodesian ridgeback and he’s much bigger and older than Ani).