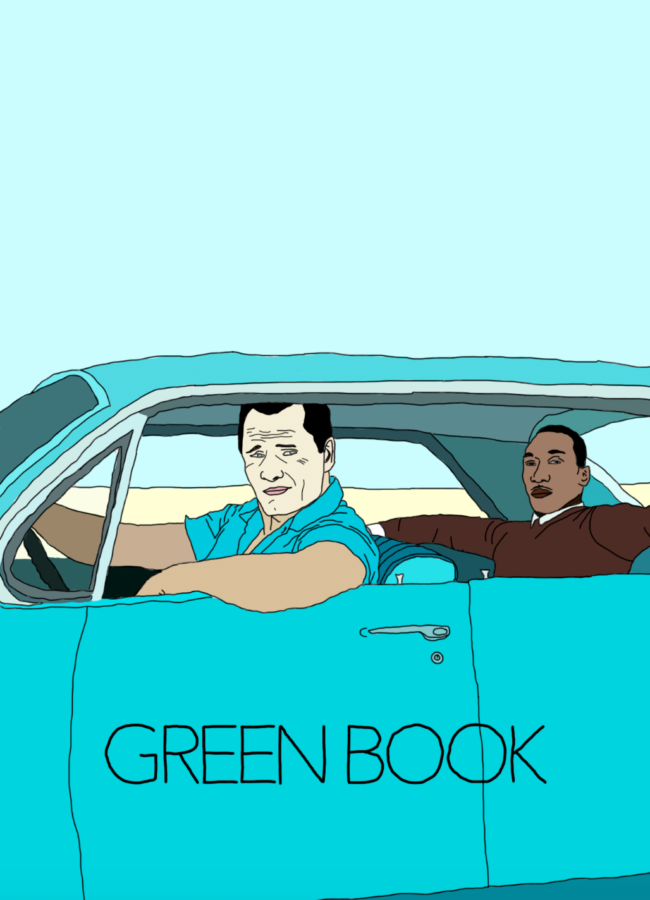 The Oscars took place on Feb 24, and while the ceremony may have gone much better than many thought it would without a host, one big point of controversy has been the winner of the Best Picture award, “Green Book”, a film marred by a string of racial issues both on and off camera.

“Green Book” is named after the “Negro Motorist Green Book,” which was a travel guidebook for African-American travelers in the South during the Jim Crow era, telling them where they would be safe and advising them where to stay. Using this as inspiration, the film attempts to create a feel-good story about race relations in the 1960s. It follows Tony Vallelonga, or Tony Lip, as he is known professionally, a hard-working and tough-talking Italian-American bouncer from the Bronx who is in search of a job after starting a fight with a former coworker. Made aware of a job opening for a driver position, Tony is surprised to learn his client is a black man named Dr. Don Shirley. Dr. Shirley is a world-renowned pianist, planning on embarking on a concert tour of the Deep South; however, he needs both a driver and protection from the racist anger and violence that he will encounter. In the following eight weeks of the concert tour, the men form an unlikely bond despite their differences, as they confront the racism and violence of the Deep South.

While the messaging of “Green Book” gives it a very feel-good tone, many critics have slammed the movie for being tone-deaf and for oversimplifying racism and segregation in the 60s in the South. As Jourdain Searles wrote in a review for The Ringer, “It’s difficult to see ‘Green Book’ as anything more than a Hallmark film with an overinflated budget and sense of self-importance.”

More than that, the film fails to acknowledge the importance of the guidebook that its title is based on. Although the movie clearly has good intentions, the fact that it brushes over the historical importance of the “Negro Motorist Green Book” is shortsighted and in my opinion an incorrect choice, using it as the name for the story and failing to acknowledge its significance as a means for African-American people to survive while traveling in the South.

Furthermore, “Green Book” presents itself as a ‘true story,’ although one of its main characters is inaccurately represented according to his own family.  This is from where much of the controversy has stemmed. The movie was written by Peter Farrelly, Brian Currie, and Nick Vallelonga, the son of protagonist Tony Lip. What makes this problematic is that this true story is told solely from the perspective of the son of Tony Lip and fails to include the perspective of Dr. Shirley or his family, which was made painstakingly obvious when the film was released. In the film, Dr. Shirley says that he has no contact with his brothers or his family, which left his brother Maurice Shirley feeling “furious” when he saw it. According to him, “[A]t that point in 1962, he had three living brothers with whom he was always in contact.”

Moreover, Dr. Shirley’s family has even said Shirley and Tony Lip’s relationship was not accurately portrayed in the film, with Maurice Shirley saying that they had nothing more than an “employer-employee relationship” and that “he fired Tony.” With these quotes, Dr. Shirley’s family put into doubt the entire premise of the movie, making it hard to see “Green Book” as a true story. This is compounded by the failure of the movie’s writing staff to even look for these family relatives. Peter Farrelly, the director of “Green Book”, said he was “under the impression [that] there weren’t a lot of family members.”

There has also been an incredible amount of controversy unrelated to the movie script, fostered by the movie’s press circuit. At a press event on Sept 21, 2018, Viggo Mortensen, who plays Tony Lip, said the n-word in an attempt to make a point about the change in the use of racially-charged language in America in the last 50 years. While he may have had productive intentions in using the word, it only adds to the idea of the film as a misguided attempt at addressing racism in the 60s. Later, on Jan 7, 2019, more fuel was added to the fire of controversy as old interviews with Farrelly resurfaced of him admitting to repeatedly flashing his genitalia to his employees. Finally, on the same day, old tweets from Vallelonga were brought to light once again in which he agreed with Donald Trump’s conspiracy theory about Muslim people watching the World Trade Center fall on 9/11 and cheering for it.

With all of this negative press and controversy surrounding the film, many thought that this would potentially ding its chances of collecting major honors come award season; however, this has not been the case. At the Golden Globes on January 6, “Green Book” took home various honors, from Best Motion Picture—Musical or Comedy—to Best Supporting Actor, won by Mahershala Ali, who plays Dr. Shirley, and Best Screenplay, won by the writing team of Farrelly, Currie, and Vallelonga. It has also won awards at the National Board of Review, the Toronto Film Festival, and received four nominations at the BAFTAs, where Ali won Best Supporting Actor once again. Finally, “Green Book” won 3 Oscars: Best Picture, Best Supporting Actor for Mahershala Ali, Best Original Screenplay, and was also nominated for 2 others: Best Actor for Viggo Mortensen’s performance and Best Film Editing. The fact that the movie has been able to garner such critical acclaim to have Oscar wins in major categories despite all of the contention surrounding it shows there is a willingness to vote for it and to ignore the tone-deafness of the film, as it is easier for us as viewers to accept the feel-good narrative that the film shows us rather than facing the continued and awkward truth of racism. With “Green Book” winning big

In many ways, “Green Book” appears to be a very well-intentioned movie about a friendship formed despite the many differences between the two main characters. However, due to the many misguided efforts both in creating the movie and those outside of it, it simply cannot be that same feel-good story.