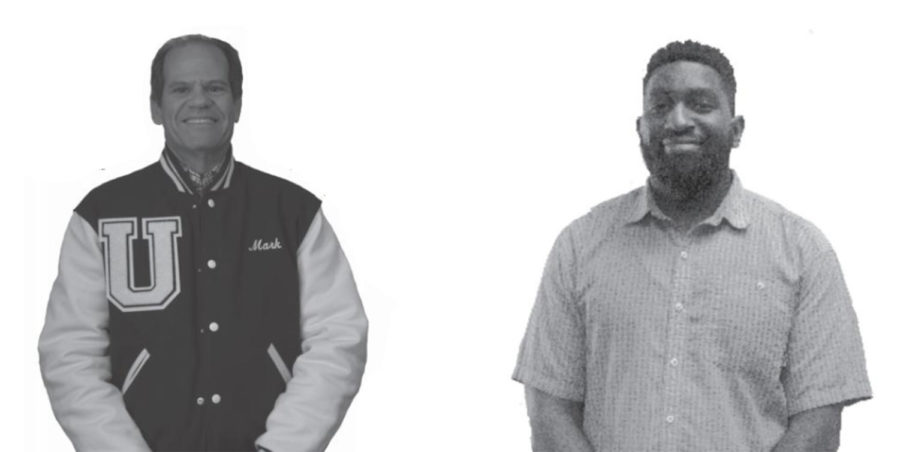 Mark Salkind, Head of School at the Urban School of San Francisco, and Clarke Wheatherspoon, Dean of Equity and Inclusion, are leaving the Urban Community this year. The Urban Legend staff sat down with them to talk about their experiences.

What season or month of the school year will you miss the most and why?

I’ll probably miss September the most. There’s just something about that energy of starting up again that is intoxicating in the sense that things can be different. You can make changes, you can maybe correct some things for yourself that you didn’t like in the previous year, and just that sense of possibility that forms as you think about the school year to come.

K: Out of both of Urban’s buildings, do you have an all-time favorite classroom?

M: Yes, Aerie. I think it’s beautiful. It’s just a beautiful kind of seminar room. And it has one window in it. It’s on the eastern side in the corner that used to be, I’m not sure if it’s true anymore, but it used to be that when the blinds are up you can actually see the very tip of the Transamerica building and I just think the skyline is beautiful.

K: Do you have any advice for Urban students?

M: Yeah, lean in. Really stretch yourself. Challenge yourself and be generous. Bring a spirit of generosity to school. Urban is a school that is not quite as straightforward as other schools with the education that it delivers in that it relies, to a large extent, on students really pushing themselves to their fullest. And sometimes that means trying some new things and taking some risks and maybe ending up being wrong.

K: I know a lot of people are wondering what exactly a Blue is. What does ‘being a Blue’ mean to you?

M: Well, a blue is someone who’s cool. The blues are a state of mind more than they’re a mascot. It’s someone who challenges themselves and who pushes themselves and who perseveres. Someone who doesn’t give up. I would also say somebody who embraces their inner nerd and to take an athletic mask off and take it back to more of a cerebral domain. The origin of Blues is interesting. We didn’t have a school mascot, but we kind of had an underground mascot, the Urban guerrilla – not the animal. And so it was a long time ago, about twenty-five years ago, we were trying to develop a mascot. We got these presentations from some students. And so this group of young men came out, and they had a couple of saxes and a few other instruments right in the middle of St. Agnes and they were performing. And they said “we think it should be the blues.” So it’s not so much a thing or an animal as a sort of a state of mind, and a set of habits. I think it’s a habit of engaging and believing that you can jump into something and listen while contributing and learning about it.

K: Do you have any regrets from your time at urban?

M: I have regrets, no huge ones. I’d have liked to have been here when the new Performing Arts Center’s completed. I went to the spring concert and they did this song that was kind of thanking me at the end of it, which was amazing and this screen dropped down and showed this history of all music program development by a syncopated view. And the arts are so important, and it’s so well done here. And so that would have been nice to see.

K: What are you most looking forward to after you leave Urban?

M: No more 8:20 meetings! I don’t know. I’m going to miss the community. It’s a learning community, in the most profound and powerful way. I think I can let go of the work. I was just thinking about how many board meetings I have attended, it’s about three or four-hundred so that I can let go of, but I am going to miss the people who are here now and have been for the past several decades, and just the whole community.

Can you explain where you’re going after you leave Urban and what exactly you’ll do there?

I’m going to be the Middle School head at San Francisco Friends School.

Tell me about your experience at Urban and what you’ve learned here.

I’ve learned a lot being at Urban. I came to Urban when I was twenty-six years old, and I think I came to Urban because it was the best school that I could work at. I taught at Marin Academy and at Sacred Heart and on the peninsula, and I applied to jobs at Urban’s competitor schools. I applied to Branson, Lick, and University, and Urban was by far my favorite. It was really exciting to come to a place that had really good teachers and really excited students, and I think that’s held true throughout the years.

When I came to Urban I was a full-time history teacher. So I taught 9A and 9B, Remaking America, Comparative Religion, the Middle East Class, the Elections class, service learning, and then I was the Freshman and Sophomore Dean.

What made you want to be Dean of Equity and Inclusion?

I think that issues of equity and inclusion are really important, [and] I think that the school cares a lot about them. I think as a society, people really want to learn more about themselves as well as other people and they want to be in a place where that’s valued. So, being able to do that work is something that was really important to me.

Out of all of your teaching positions at Urban, which one has been your favorite?

I think that’s really hard. It’s hard to say, because leading Multi Culti, for example, is really exciting and really challenging, and it’s a major element of my job. I think it’s really great, and I have a lot of respect for the students that have come through there. They’ve done a lot of work in the group and the community, and they’ve had to put up with me.

One of the things I’ve said to the faculty multiple times in faculty meetings is that I’ve always been really proud to be a teacher here. It’s a real privilege and a real honor to be a teacher here, and a huge part of that is the people that I work with. I think that all of the teachers here are really amazing, and they have definitely been the highlight of my time at Urban.

I think that Urban is a really magical place. I really love the One Acts, Peer Ed Theater, the Point Reyes trip, and getting to talk with all of my incredible colleagues. I think the people here are really what make this place magical.

Is there anything else you would like to say to the Urban community?

There have been many years that I considered myself to be in the running to work at Urban for the rest of my career, and that wouldn’t be a bad thing at all — I think it’s great. I think that Urban students are inheriting a wonderful history of student engagement, enthusiasm, independence, respect and joy in learning. And even though for many Urban students, it will be the only high school experience that they have, it’s one that I hope they all really value. I hope that these students go out and do something great.