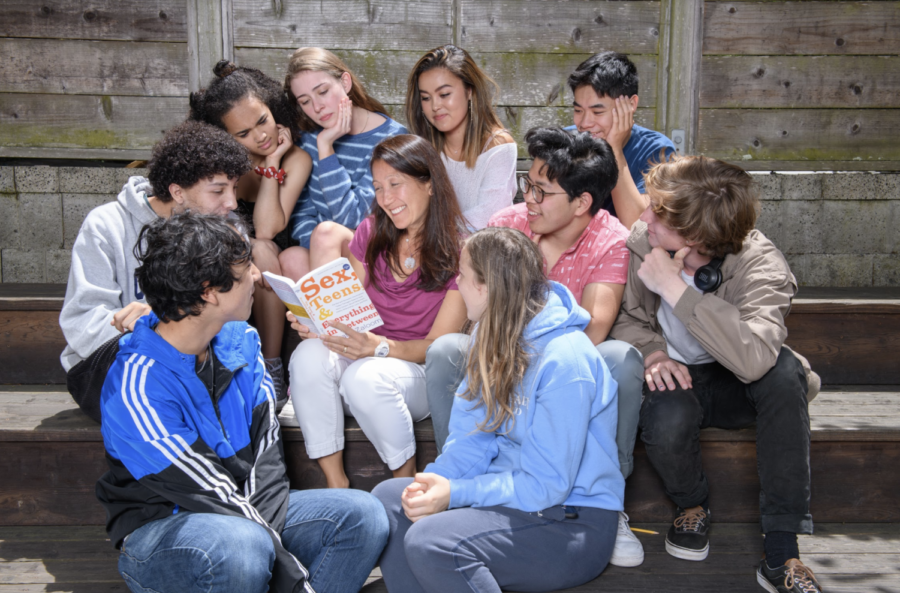 Shafia Zaloom displays her new book, Sex Teens, and Everything in Between on Friday, September 3, 2019. Photo Credit: Shafia Zaloom.

While the #metoo movement rises and sexual assault becomes one of the most prevalent issues in the United States today, only 50% of high schools require sexual education for their students. Shafia Zaloom, an Urban health education teacher and consultant, seeks to address this issue. Her new book, “Sex, Teens and Everything in Between,” provides the education that she feels many young people across the United States need.

“[I was] compelled to make a contribution to something,” Zaloom said. “Seeing how people were being treated with #metoo and the movements and everything else… this is a way that I could share what I was doing.”

One of the most significant messages readers can take away from the book is the importance of “being more caring and loving as people in general, so people can have positive sexual experiences that are awesome,” Zaloom said. According to Zaloom, empathy is one of the most prevalent topics in the book.

However, Zaloom hopes that the takeaways readers have from “Sex, Teens and Everything in Between” extend beyond sexuality. “We all have to be a part of this movement that encourages people to do right by others,” Zaloom said, “and we all need to focus more on healthy vulnerability… cultivating more love in life that doesn’t mean you have to be in love, but being more caring and loving, and to treat people with dignity.”

Zaloom wants to thank Urban for the support and inspiration students provided for her new book. “I couldn’t have written it without my students,” Zaloom said. “I learn so much from them, and what I appreciate most is that so many students here share with open honesty and genuinely want to do right.”

If you are interested in reading “Sex, Teens and Everything in Between”, you can find it in the Urban Library, or at Indie Bound, Amazon and Barnes & Noble. You can also learn more about Shafia Zaloom and her work at: www.shafiazaloom.com.