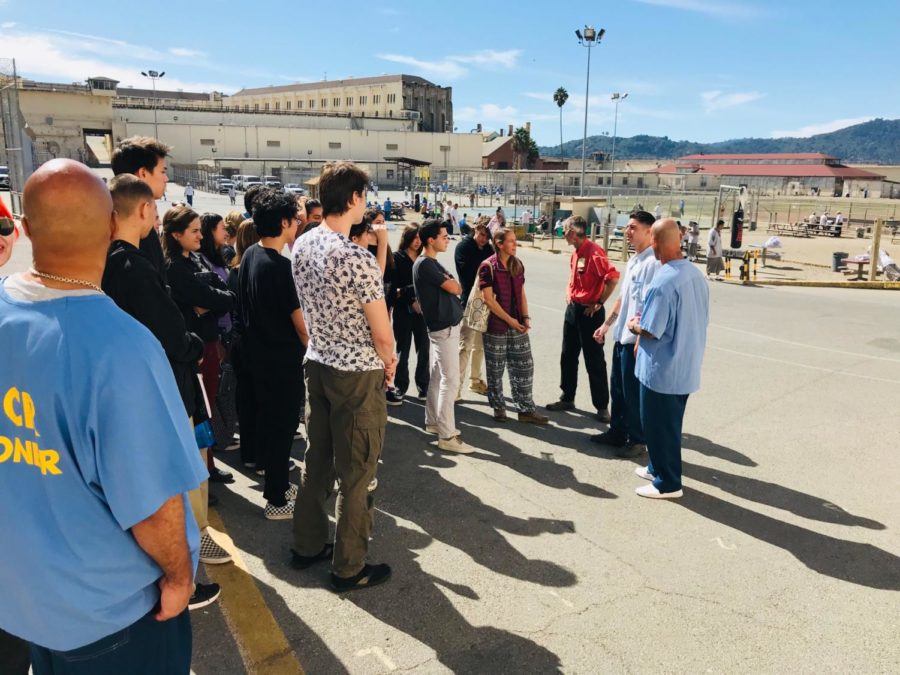 From short stories to podcasts to in-class speakers, Urban’s new Voices of Incarceration class seeks to shed light on stories from victims of mass incarceration and their families. Currently, over 70 million people in the United States bear the marks of the criminal justice system. English teacher Courtney Rein decided it was time to give Urban students a chance to dive deep into the works of the criminal justice system and see first hand how it affects these victims.
In the wake of Michael Brown’s murder in Ferguson, Missouri, Rein watched close friends of hers respond negatively to the lack of sentencing on the police officer who committed the murder. She found that “it really hit home how insulated we at Urban are from a lot of the violence and oppression in the country,” Rein said.
As she thought about what she could do to help change the fundamental issues in the justice system, she recognized that her biggest influence is through teaching. This inspired her to begin working at San Quentin State Prison five years ago, a California Department of Corrections and Rehabilitation men’s state prison located in Marin County. Rein works with a program called the Prison University Project, a non-profit organization that, according to its website, “supports the College Program at San Quentin, comprising intensive college preparatory courses in math and English and an associate’s degree program.”
Rein initially didn’t think that she had the correct language or authority to discuss the Prison University Project at Urban, because “they felt like two very different worlds.” However, as students’ interest in activism began to grow, more and more of them asked Rein about the work that she was doing at San Quentin, and they encouraged her to bring it into the Urban community. After many meetings with Urban faculty, the Voices of Incarceration class was approved and created.
Oftentimes at Urban, students sign up for courses that will “look good on a college application” or “will boost their GPA,” said Sassy Mosley-Wise ‘20, an Urban senior in the class. However, she has found that the students in her class are “there because they want to be more active in the community and are genuinely interested in the topics at hand,” she said.
Mosley-Wise added that “it is really evident that Courtney has put in a ton of work to make this course the best it can be, and every assignment has been thoroughly thought through and has a specific purpose. This makes students much more interested in completing the assignments with enthusiasm, and they feel less burdened by the workload,” she said.
A large part of this class is understanding the language that students use around incarceration and topics that they don’t fully understand or aren’t familiar with. “[I’ve] never been so drawn to have such uncomfortable conversations,” Mosley-Wise said.
“This is the first class I’ve taken at Urban where there are no barriers holding me back, and the only thing I have to do is sign up and learn everything that I can,” Mosley-Wise said.