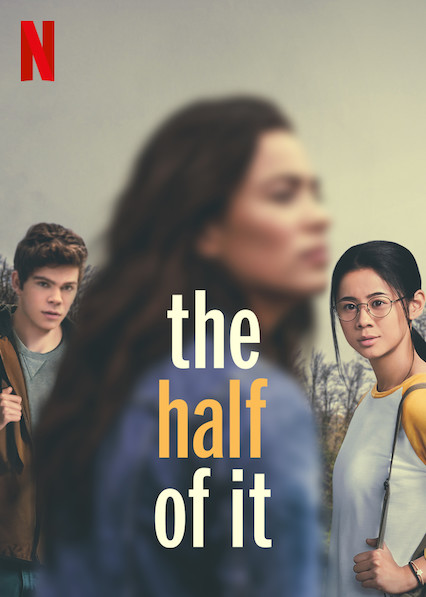 Tulin Chang-Maltepe, Staff Writer
Cliches have been the epitome of the teenage romantic comedy industry for decades, but as society demands more accurate representations of human experiences in the film sector, some directors have shifted away from cookie-cutter narratives.

Perspectives on teenage romantic comedies have often been tinged with sexism due to the fact that they are “movies for women.” As increasingly more women begin to write and direct teen rom-coms, the industry is slowly shifting away from male-dominated perspectives and traditional rom-com storylines. For example, Alice Wu’s 2020 film “The Half of It” attempts to capture the richness of an average teenager’s life without creating an overly fluffy and sexual storyline that many other rom-coms embrace.

Throughout their history, American rom-coms have made a slow progression towards inclusivity. During the Great Depression, the boom in movie making brought new genres, one of which was romantic comedies. Oftentimes, these movies would have commentary on class warfare, making fun of rich people, and becoming a reflection of societal attitudes and desires. For example, Frank Capra’s 1934 film “It Happened One Night” focuses on a working man and a rich heiress’ love story and how the working man has to continuously teach the heiress how to live life without butlers and servants. The film gave the working class entertainment that focused on their dislike for rich people post-Great Depression.

The past seven months of sheltering in place have led Urban faculty, students, and staff to spend more time watching movies and television shows. Streaming services, such as Netflix and Hulu, have continued to roll out a plethora of content, providing viewers with a constant supply of romantic comedies, both classic and new.

These teenage rom-coms, filled with tropes and lavish story lines, dominate the industry. Urban Screening History teacher, Stacie Muñoz, said that the romantic comedies of today “are all crazy, over the top and very much new, very postmodern, very different from the past.”

Movies like “The Kissing Booth” or “The Princess Switch” center their plots completely around the classic trope of unexpected matches, simply with different actors, new settings, and holiday spirits to showcase. “All the streaming services have just taken the rom-com plot way too far and used it way too much,” said Tara Monks ‘23, “the ‘forced to date and they weren’t friends and then they ended up falling in love’ cliche has just been overused ever since ‘10 Things I Hate About You.’”

“I don’t have an issue with [cliches] being overdone or overused. I have an issue with the same people telling the story,” Muñoz said. “We see a lot of movies made by men, and I always feel like there’s this gaze there that I don’t need. I want to see a lot more women [directing and writing].” The lack of diversity in the movie industry, both in race and gender, creates a very single and focused lens on the white male experience. Oftentimes, romantic comedies can be boiled down to a man chasing a woman and the obstacles that follow, much like the character arcs in blockbusters whose target audiences are usually male. Rarely do we see the journey of platonic relationships, homelife responsibilities and familial relationships take place in the central storyline.

In Alice Wu’s “The Half of It,” the stereotypical tropes of a romantic comedy are upended. “You get relatable characters that feel like real teenagers who ultimately feel like real people. And I think that’s what really stood out about this movie,” Muñoz said.

In “The Half of It,” the main character, Ellie Chu, a shy, introverted girl, helps the friendly jock try and woo a popular girl. Although the classic nerdy girl and jock pairing is often present in rom-coms, neither of them fall in love with each other in this movie. Rather, the narrative explores the journey of their platonic friendship.

According to the website womenandhollywood.com, in 2019, only 10.7% of directors of the top 1300 grossing films were women, a 6.1% increase since the previous year. As women begin to make more and more rom-coms, cliches and tropes begin to morph into more complex storylines and characters. For example, “The Half of It” takes a more independent and feminist point of view, all while representing the LGBTQ+ community and Asian women, without overly sexualizing either. “We’ve seen this play out how many times? The ‘I’m gonna help you get the girl and then I’m gonna fall in love with the girl’ and we never think about, well, what if the girl falls in love with the girl?” Muñoz said.

“It’s not bright and pretty in the way that “To All the Boys” would be,” Muñoz said. “As much as I love Laura Jean and Peter Kavinski, that’s the aspirational story. That’s what we want. There’s no sense of real pain and frustration that “The Half of It” actually has that is the same as the real world. I say that’s what we want, also recognizing that’s a straight relationship, because there is still the sense of that’s the goal, right? That is still what society wants us to aspire to be.”