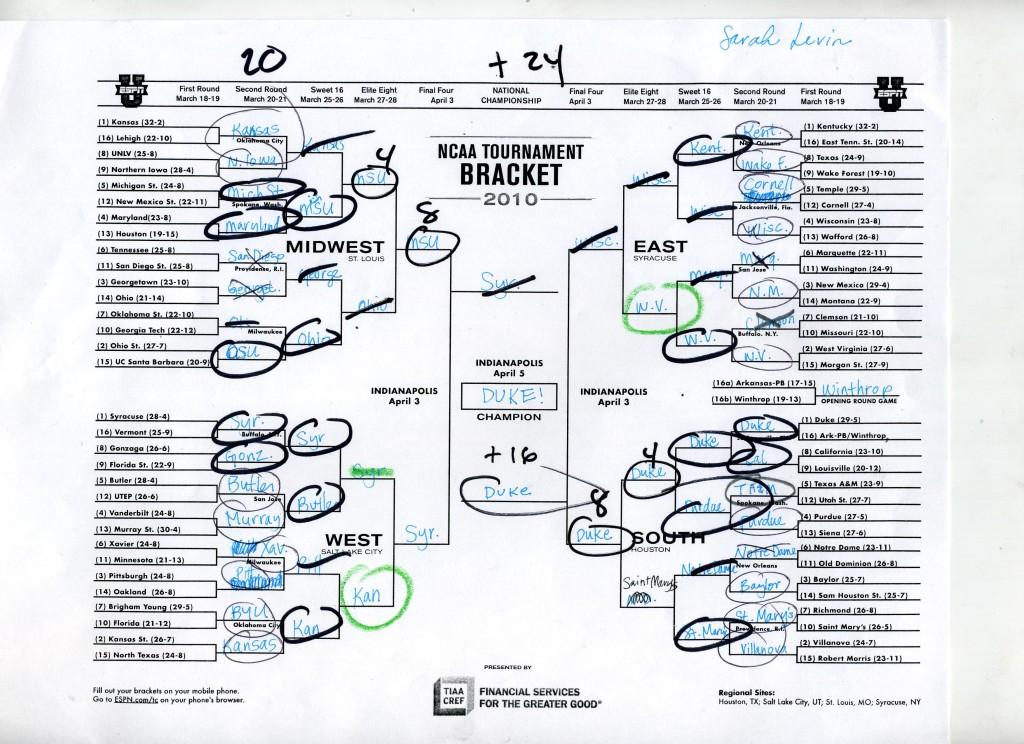 March was a mad time of year in the basketball world- especially for the Urban faculty who competed in a March Madness faculty bracket.

This year, 21 faculty members “played for fun” in a competition without monetary bets, said Greg Angilly, Urban’s athletic director. Each faculty member created their own bracket based on which team they thought could last the longest in the NCAA tournament. The teachers’ gained 1 point if their bracket survived after the first round, and then it doubled for each subsequent round.

Noticing that the competition only applied for the men’s NCAA tournament, Laurie Williams asked, “what about the women’s bracket?”

Jene Morris is an Urban alumna who went on to play at UC Berkeley and then transferred to San Diego State, where she is playing for the Aztecs in the NCAA Tournament. Because of Morris and her presence in the tournament, Williams thought it was necessary for the Urban faculty to celebrate this success in the tournament.

After a long and nerve-wracking wait for the faculty, the NCAA Tournament ended on April 5. Sarah Levin, the librarian, had the most precise bracket among her faculty competitors. 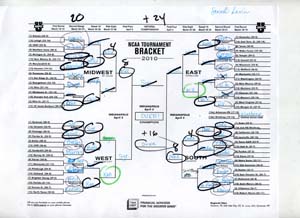 “I swept the faculty by a number of points,” says Levin, and as a result, she won a free pass for two at the Magnolia Pub and Brewery on 1398 Haight Street.

For Levin, strategy was key in her success, since her picks were “very scientific and not random.” Levin normally does not follow college basketball, but by using the rankings and by researching the amount of fans at each game rooting for one particular team, “(her) picks were very thoughtful and well-planned out.”

Ken Garcia-Gonzales, dean of multicultural life, finished in second place and won a free lunch for two at People’s Café on 1419 Haight Street. 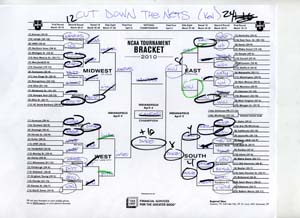 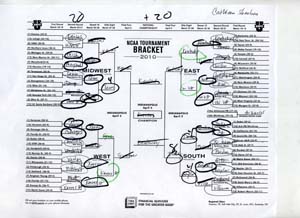 Why do the faculty compete?

The March Madness NCAA Tournament is the “best sporting event on (television),” and the faculty bracket competition was a “fun way for faculty to interact in a non-Urban way,” said Angilly.

Although this highly competitive game brought out intensities among the faculty, they were also able to share their experiences around basketball and enjoyed the exciting NCAA March Madness Tournament.

Check out the winners of the faculty competition and their brackets!