Profile: getting the scoop on Mark Salkind, Urban’s head of school 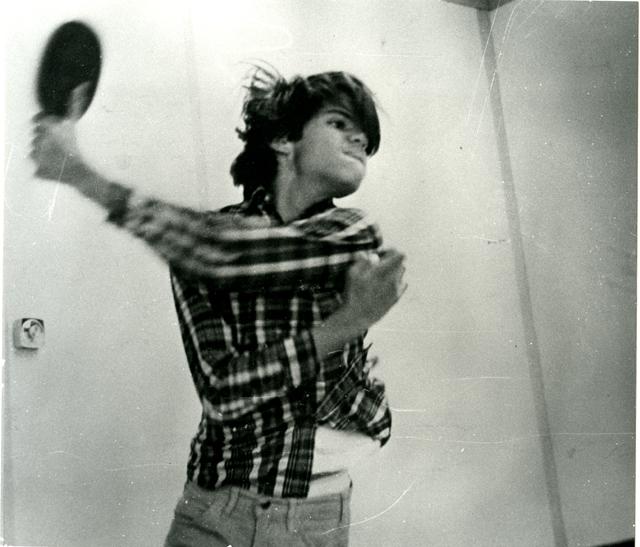 Mark Salkind was Urban's ping-pong champion in 1983. Salkind attended Urban and has now been its head of school for 25 years.

Salkind met an Urban art teacher who encouraged him to apply for a music teacher position. After he didn’t get the job, the school director (before heads, legs or other appendages of school, there were merely directors), Carl Munger, invited Salkind to work on the art program. Salkind wrote grant proposals and got funding, resulting in his first full-time job at Urban.

Salkind used to teach a course on the Renaissance that combined English and history. “It was a subject that was really a passion of mine,” he says. He also taught Shakespeare and music classes.

In the early 80s, Munger took Salkind under his wing as his assistant. Munger gave Salkind a lot of opportunities because he was stepping down. Munger retired in 1986, and Salkind applied for the job. Though he had to compete with other candidates, he became head of school at 32.

“No one grows up wanting to be a high school principal,” Salkind said. “It wasn’t something I set out to pursue.” But since he attended Urban and had been working there, Salkind knew a lot about the school and wanted to make it better. “I was so passionate that I wanted to do this and fully convinced I could do it.”

So what exactly does the head of school do? Crucial stuff: hiring, planning for Urban’s future, fundraising along with thinking through how the school communicates to the public. Salkind meets with representatives from committees like the board of trustees and curriculum committee to help them set goals. Right now, Salkind is working on three main goals as part of Urban’s Vision 2013 plan: teach students more about environmental literacy; revise the service learning program; and develop global focus throughout Urban’s curriculum.

Contrary to a kindergartener’s assumptions, it also turns out Salkind has a life outside of school. In fact, his-outside-of-Urban passions are numerous. Although he doesn’t play the oboe anymore, Salkind still loves music and sometimes plays the piano. He goes to the lots of concerts, as well as the symphony, opera, and ballet. He plays the occasional game of pingpong. “I’m very competitive,” he adds.

He loves to go to museums, and he takes photos, mostly nature landscapes. Salkind had the chance to do this over the summer, when he and his new wife, Miranda, hiked in Colorado and Idaho’s Sawtooth Range, which were “beautiful, just incredible.”

For Salkind, the job does not get old. “The school’s evolved, so I’ve continued learning,” he says. “The opportunities and challenges change.”

Ah, but that is not all. What was once The Man in the Tweed Coat is now undeniably human and a good cook to boot:

Salkind has “cooked (his) way … through “Mastering the art of French Cooking” by Julia Child.” He has shared with Urban his favorite recipe; all you have to do is visit urbanlegendnews.org to discover Mark’s delightful dish.