Organic food may not be worth it, new Stanford Medical study finds 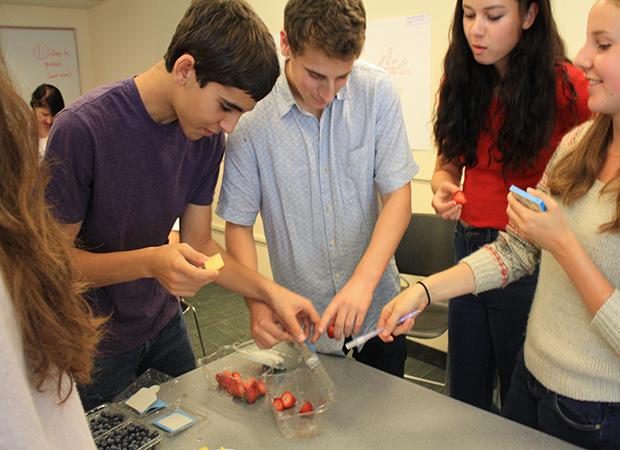 How often do you pay the extra dollar per pound for those crisp organic apples? As it turns out, according to a Stanford Medical study released Sept. 4, organic produce isn’t healthier than the conventional kind.

Does that mean that food shopping has become more like clothing shopping? Is the term “organic” a designer label to get us to pay more?

A rigorous, four-decade-long Stanford Medical study led by Dean Bravata, senior affiliate with Stanford’s Center for Health Policy, and Crystal Smith-Spangler, a Stanford instructor in the Division of General Medical Disciplines and a physician-investigator at VA Palo Alto Health Care System, showed that organic foods are not more nutritious than conventional foods. The study compared nutrient levels along with the bacterial, fungal or pesticide contamination in produce, grains, and animal products.

Urban students are split on whether organic food lives up to its expectations.

“Organic is a good idea in theory, and is a good starting point for sustainable eating,” said Sophie Drukman-Feldstein (’16). “My family tries to eat organic (and) we generally prioritize local food over organic food, because the transportation of food over long distances is terrible for the environment.”

But Sam Denton (’16) disagreed: “I think organic food is a waste of money — it tastes the same.”

“It’s also better for farmer workers because they aren’t exposed to pesticides and herbicides, so there’s sort of this social justice aspect of it.”

Even so, “clearly it’s better to buy locally grown oranges that have pesticides on them then buying oranges from Chile at some time when oranges aren’t available here that are organic,” said Ruth.

In a Legend blind taste test, staffers picked conventionally grown apples over the organic kind, but organic strawberries over conventional strawberries. The choice of blueberries — organic or not — was a draw.

While the nutritional value and even the flavor of organic food may not be different from its conventional counterparts, there are other reasons to dish out the extra cash. Community Supported Agriculture (CSA)  boxes help small farms stay in business: A typical box is about $25 and has enough fruits and vegetables to feed two to four people for a week. On the other hand, families could buy the same amount of conventional fruits and vegetables for about half the price at Safeway.

The best solution? “Grow your own food if you can,” advised Ruth. His garden at home is “pretty huge … we haven’t bought fruit in, like, three weeks.” But if growing your own food isn’t an option, Geoff recommends to “go to some of the farmer’s markets that are cheaper.”

“I believe that organic food is worth the extra money if you have the extra money,” said Drukman-Feldstein. “The fact is, in this society, healthy and ethical food is a privilege … this needs to change.”

Check out EWG’s 2012 Shopper’s Guide to Pesticides in Produce for help when choosing between organic and conventional produce. The clean 15 and the dirty dozen are great resources for deciding what to buy and what not to buy when you’re at the grocery store.