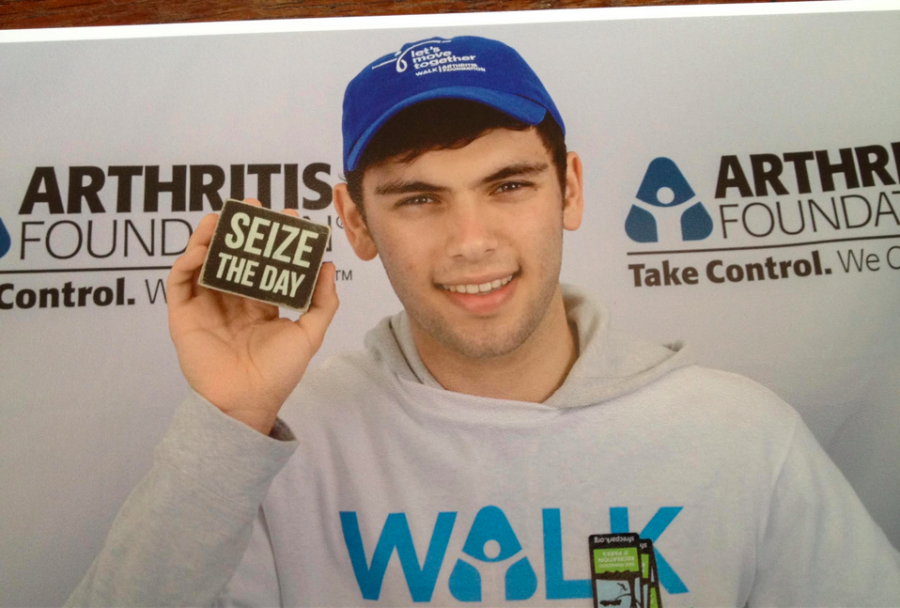 Since 1948, the Arthritis Foundation has been devoted to providing support for adults and children living with arthritis. The nonprofit organization has led the way in promoting research in order to discover more accessible and effective treatments for the disease.

For the past four years, Aaron Emanuel (‘16) has been participating in the foundation’s San Francisco Walk to Cure Arthritis. This year, Emanuel has been named the Youth Honoree of the walk. As the Youth Honoree, Emanuel aims to raise $5,000 for the foundation. However, as an older Honoree, Emanuel believes that he is capable of accomplishing more than just fundraising in this leadership position.

Emanuel has shown symptoms for Juvenile Idiopathic Arthritis since the age of nine, but remained undiagnosed until he was twelve. Since then, Emanuel has formed meaningful connections with other teens living with similar conditions. Profoundly impacted by his experiences at the foundation’s Northern California Teen Retreat, Emanuel went on to start Urban’s Physical Medical Conditions club during his sophomore year.

The San Francisco Walk to Cure Arthritis will take place on May 30 at Lake Merced. All are welcome to walk with Team Emanuel to show support for people of all ages living with various types of autoimmune diseases.