Catching up with local Urban alumni 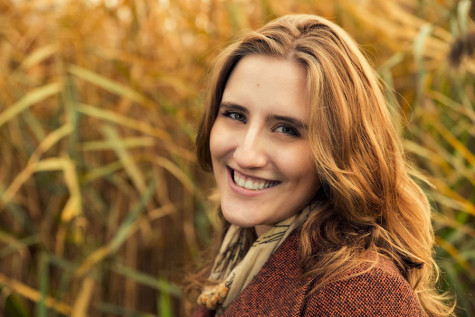 Morgen Warner (‘10) grew up in Noe Valley. Warner loved the freedom she experienced exploring the city during her high school career. While at Urban, Warner was very involved in the music and theater departments. She participated in Urban Singers, Acappella Club, Fall Production, and the One Act Festival. Despite her attachment to the Bay Area, Warner chose to relocate to the East Coast, where she majored in Drama with a minor in Computer Science at Vassar College. Warnerexplained, “one of the big draws of Vassar for me was the ability to study many things outside of my major…including music and math.” After graduating from Vassar, Warner moved back in with her mom where she is currently living. Warner was the costume designer for Urban’s fall production, “Oh, Kay!” and plans to work as assistant costume designer at the California Shakespeare Festival. In the future, Warner hopes to go to graduate school to receive her MFA in costume design.

During his Urban career, Michael Duarte (‘08) was involved in a variety of activities and clubs including Students of Color and Chess Club, which he led. Duarte went to college close to home, studying electrical engineering at Stanford. He knew even during his time at Stanford that he would remain in the area for an extended period of time. Duarte continued studying at Stanford for a fifth year to obtain his master’s degree, commuting from his mom’s house in the South Bay. Duarte is currently working as a systems engineer in San Jose while living with a roommate in Sunnyvale, but he hopes to move to San Francisco in the next couple years. He loves the Bay Area because of the family and friends he has here, the diversity of cultures and foods, and the liberal, open-minded atmosphere.

Growing up in the Inner Richmond, Jacob Hartog (‘07) admits that he was “very much a city kid.” For two years preceding high school, Hartog was homeschooled, and he recalls visiting record shops and traveling frequently on MUNI during his childhood. While attending Urban, he was involved in soccer and jazz band, and also worked on organizing school ski trips. Hartog continued his education at Drew University in New Jersey  to experience East Coast culture. During his first semester in college, Hartog was hospitalized with pneumonia, and ended up transferring to Bard College in New York the following year. Hartog continued to participate in music and sports while pursuing a major in psychology. He wrote his thesis on the psychology of online photo-sharing. Hartog moved to New York City after college where he and an Urban classmate, Nathanael Smith (‘07), collaborated on a startup. After taking the developing startup to Santiago, Chile, for five months, Hartog returned to his mom’s house in San Francisco to accept a job offer. Although the transition went smoothly, Hartog reflects, “Learning how to live in San Francisco as an adult was challenging.” Hartog is interested in technology, and he currently works for a company called about.me. He is living in an apartment under his grandparents’ house, where he receives a deal on rent. Hartog acknowledges the Bay Area’s unique “widespread opportunity for college-educated young people.” 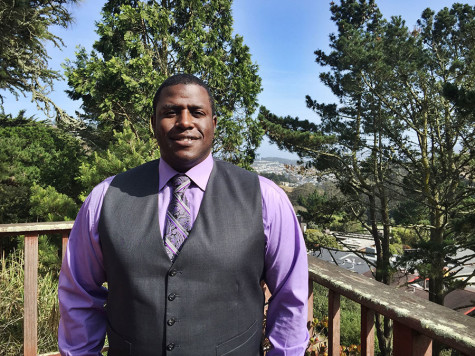 During high school, Justin Dorham (‘05) spent most of his time in the city and Marin. At Urban, Dorham was involved in jazz band and also played basketball, baseball, and tennis. Dorham went to Pitzer College in Claremont, California. After determining that the Los Angeles area was not right for him, Dorham was drawn back to the Bay Area to study law at the University of San Francisco. He is now living with roommates in the city and working as a legal assistant in the Civic Center.

Amina Samake (‘99) transferred to Urban her sophomore year after two years of attending school in Boston. Samake found it difficult to transfer into the school after friendships had already been solidified, but by getting involved in groups such as Students of Color and Multicultural Alliance on Diversity (which she helped to create), she got to know other students in a safe and supportive environment. Samake considers herself a “die hard native,” as she has always felt a strong attachment to the Bay Area. However, eager to experience a new environment, Samake attended Howard University in Washington D.C., where she studied psychology. After graduating from college, Samake returned to the Bay Area to run the Teen Core program for a nonprofit organization called Westside Community Services. “I realized that my voice wasn’t being heard by my colleagues in the field because I didn’t have some letters behind my name,” said Samake. This prompted her to return to school to receive her Master’s degree in social work at New York University. When Samake noticed the gradually decreasing black population in the Bay Area during her visits from school, she “wanted to come back and use the skills that [she’d] learned to work with [her] community.” After graduating from NYU, Samake moved back home and spent four years accumulating the necessary hours and taking required exams to become a licensed social worker. Currently, Samake works as a psychiatric social worker at Kaiser Permanente.