A major misconception: Urban alumni reflect on the importance of a college major

Choosing a college major is the most critical decision in life, right? Not necessarily. Moving through high school, it’s not unusual for students to feel increasingly daunted by the task of selecting their course of study. Finding the “perfect” college is in and of itself a stressful process, and the addition of having to seemingly choose a path for the rest of one’s life is all the more difficult. Everyone discovers their skills and interests at different rates, so understandably, high schoolers might not know exactly what they plan to pursue in life at this point. How might your high school experiences inform your college studies? What if you end up changing your major? How does your major influence your future career path, if at all? To offer some insight into how college majors really play out, we interviewed Urban alums with a variety of experiences.

Annik Hirshen (‘88), discovered her love of psychology, which she later pursued as her major in college, through Urban’s “project month” — a month in which students had no classes and instead focused on a project. During her junior and senior years, she used this month to work at Langley Porter Psychiatric Hospital. She said that her experience there was “interesting and rewarding and sad and thought-provoking”. She graduated from Connecticut College and went on to law school at UC Hastings College of Law. She is now the Dean of Students at UC Berkeley School of Law. She said that her study of psychology helps her with her work every day, as she is able to support students and manage people on her team effectively because of her psychology knowledge.

“I would say it doesn’t matter whether you have a major when you start school or if you figure it out while you are there. Be open to trying new things. Pursue subjects you like and that challenge you. Don’t underestimate how important a good professor or mentor can be — ask other students to identify the great teachers at your college and take some of those classes even if they are outside of your comfort zone.” 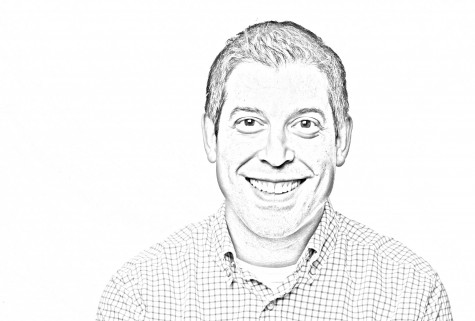 Influenced by his experience in Urban’s Comparative Religion class, Kai Jaffe (’95) pursued religious studies throughout his time at Vassar College. Jaffe declared his religion major during his Sophomore year and said that entering college with an undecided major “gave [him] the space to find what [he] was passionate about.” Outside of his major, Jaffe also got to pursue his passion for art through his Art History minor. After graduating from Vassar in 1999, Jaffe spent six months in Brazil before receiving his Masters in Industrial Design at Pratt Institute. Jaffe gained experience in product design working for William-Sonoma and Macy’s as well as a start-up with which he helped design an LED desk lamp made from recycled e-waste. Jaffe now manages the development process for Peerless Lighting under Acuity Brands. Jaffe accredits his critical thinking and problem solving skills to the breadth of education he received through his liberal arts major.

“Take your time to find something you love. One can think of college as learning how to think and then grad school as finding your career.” 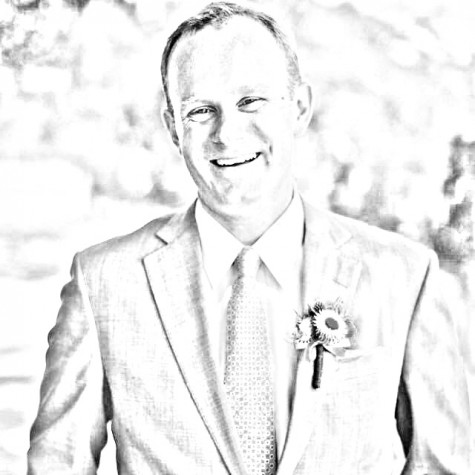 Jared Dowell, (’99), majored in history at Haverford College. He decided on this major because of his influential experiences with Urban history teachers LeRoy Votto and Peter Shulman. He made this decision his sophomore year, and continued to be very happy with his major throughout his college experience. He was also drawn to this major because it helped with character background for the improv groups and sketch comedy that he participated in. He graduated in 2003, and took a few years after that to further develop his love of aircrafts. His passion for history and aircrafts landed him in the job he currently holds, where he leases and trades commercial aircrafts. His historiography skills are essential in this job and he is able to use his ability to write to his advantage in his industry.

“For those of you who feel very certain about your academic interests, fantastic! Focus on what you like but don’t be afraid to expose yourself to other disciplines as well. For those who are totally undecided, spend some time with the course catalog and think hard about which classes you enjoyed at Urban and what you liked about them. Make sure you get a broad sample of possibilities your freshman year.” 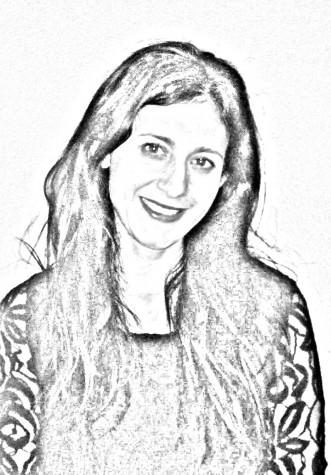 During her time at Urban, Maya Clayton (’99) felt supported in her “desire to think outside the box,” which enabled her to comfortably enter Smith College with an undecided major. Clayton avoided attaching herself to a specific career path, which she said gave her space to explore. Clayton ended up settling on a major in Comparative Religion and Biblical Studies. Owing to her major, Clayton learned to effectively communicate through writing. Clayton graduated from Smith in 2003 and recently received her M.S. in Professional Writing from NYU. She is now the Director of Southern California Implementation and Talent Development with the California Guidance Initiative, where she works in higher education and college guidance. Although her major has not impacted her career area, Clayton said that her focus on writing certainly has, as her current role involves writing “statewide K-12 standards-aligned public school curriculum that focuses on college and career readiness.”

“[I’ve learned that college students who] comfortably seek out mentors and ask for help, seem to be happiest in their college-major choices. I attribute this to the fact that they take time to really explore and learn and plan.” 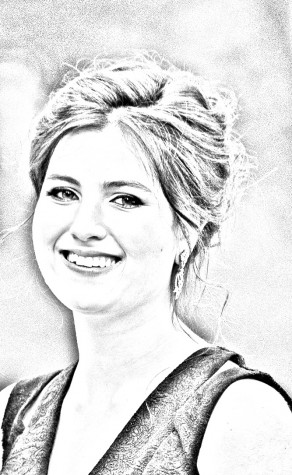 Hannah Gorman (’12) is in her senior year at Columbia University where she majors in Political Science. Gorman first entered college studying music and immediately got on track completing the many requirements for her music major. Although Gorman enjoyed interacting with fellow music majors through theory, history and performance classes, she always felt drawn to other courses, particularly a political theory/intellectual history class required in Columbia’s core curriculum. Before the start of her junior year, Gorman switched to a Political Science major through which she has been exposed to “new frames of thinking and new disciplines, like statistics—a subject I never had any interest in, but now love.” For Gorman, switching majors was a pivotal decision that resulted from a valuable process of self-examination and growth.

“The hackneyed advice is to experiment with a lot of different things before you choose, which is good advice; I would add, don’t be afraid to include things you weren’t good at in high school as part of those experiments. While a ‘passion for learning’ is important, it’s key not to confuse passion and aptitude. You will [gain] more from classes that you struggle in.” 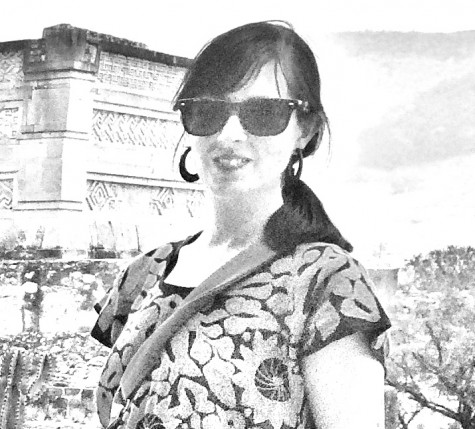 Natalie Combs (’00) learned from her Urban experiences that she thrived on having access to a wide variety of courses. “I knew that I wanted to be able to study anything from art to calculus,” she said. Combs went on to study at Brown University, a school without a required core curriculum. Although she entered college as a math major, Combs ended up switching to an art major during her sophomore year. After graduating from Brown, Combs received her prerequisites at San Francisco State before transitioning to Oregon Health & Science University for medical school. Combs has previously worked with an adolescent health advocacy non-profit, as a receptionist and assistant manager at a chiropractor/acupuncture practice, and as a pregnancy counselor and office manager at a free women’s clinic. She is currently on the primary care track, working as a resident physician in internal medicine at UCSF in a program focusing on the underserved in urban environments.

“I think a college major should be something that interests you. I feel like in most cases it doesn’t really matter what your major is.” 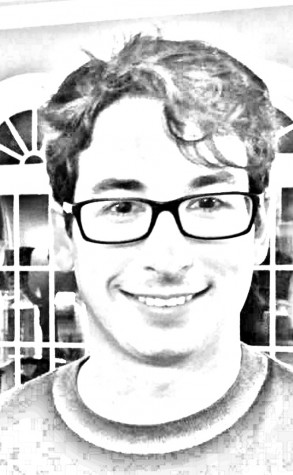 When Matt Goldman (’10) first began attending Loyola University, he wasn’t quite sure what he wanted to study. Goldman chose to spend the beginning of his college career taking classes that “reminded [him] of high school” in order to complete core curriculum requirements. After developing a better understanding of what he wanted to pursue, Goldman turned his focus to classes geared towards business. After his sophomore year, Goldman declared his major in Sports Management and proceeded to add an additional major in Marketing during his junior year. Although Goldman had to take an extra year to complete the course- work for both his majors, he appreciated the openness and absence of pressure during his first two years. Currently, Goldman works as a writer for MLB Daily Dish and Beyond the Box Score, two websites under SB Nation. In the future, he hopes to work for MLB or a specific franchise.

“I would say not to get too attached to the major if you do go into college with a chosen path… it’s OK to have no idea what you want to do. Just taking classes in a new environment is a great way to figure out what the best career choice would be.” 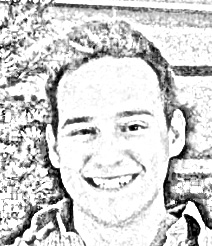 Ben Brosnahan (’12) took the critical thinking skills he learned from Urban and decided to major in political science. He spent last summer taking business classes in order to graduate early, and he recently applied for a fellowship to work for Hillary Clinton in preparation for the Iowa caucus. He then plans to go to DC to find a job lobbying, or in the strategic communications fields. Brosnahan learned through college experience that often high schoolers do not have enough experience to know what they want to pursue right away, and therefore college is about trying new things. He emphasizes that some majors have better prospects for life after college than others, and that its important to major in something that will apply to what one wants to do later in life.

“If you plan on majoring in business… I think you should double it with something else… as the head of Tulane’s poli sci department once told me: ‘business students get trained, liberal arts students get educated.’ No big decision in life should be made without weighing the costs and benefits, so think carefully about what you really want.” 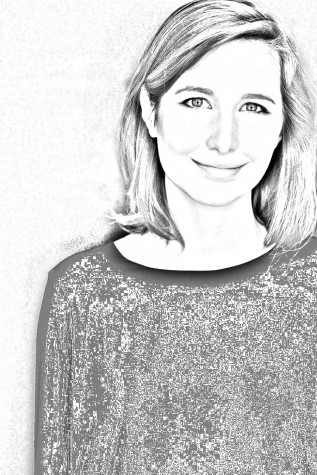 Influenced by Urban’s close knit community and values, Martine Moore (’05) entered the smaller, Residential College at University of Michigan after she graduated high school. The Residential College offered smaller classes and a very Urban environment. Moore immediately gravitated towards english, and ended up choosing it as her major. She then decided to leave the Residential College and applied for something called the Creative Writing Subconcentration in her junior year, a program in which she was able to write a thesis of prose fiction. She ended up majoring in english and creative writing with high honors senior year. Although she was able to find programs that suited her, she regrets worrying so much about whether or not to get a BFA in theater, which she considered because of her love of acting. She explained that she “wasted a lot of time and anguish” deciding whether or not to enter the BFA program, when in reality she was able to study acting abroad in London and everything worked out to her advantage. She emphasized that in her case, her major really did not matter; she now lives in LA, works a day job, goes out on auditions, and writes short stories and scripts.