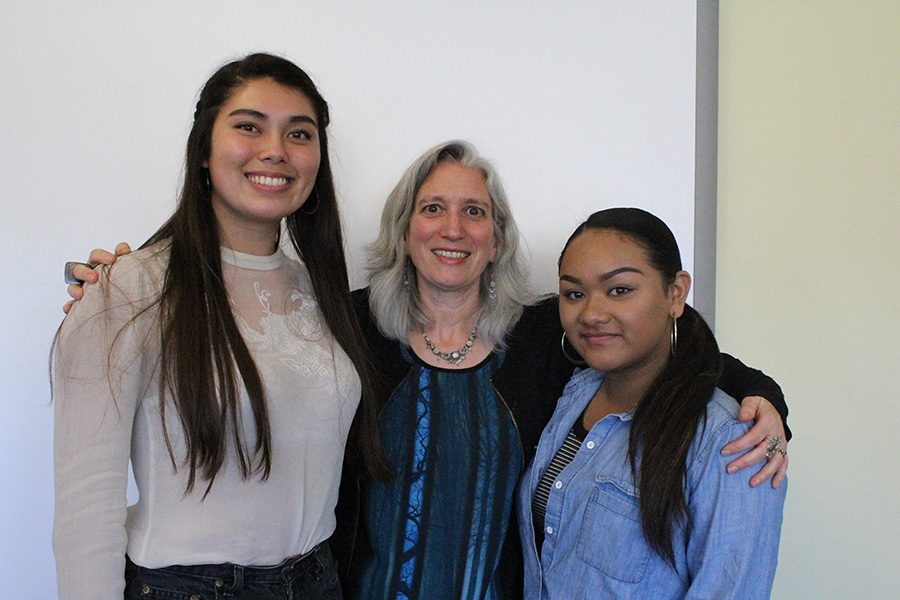 Last month, the Urban community welcomed Minouche Kandel, mother of Izak Sheinfield-Kandel (‘17) and Maya Sheinfield-Kandel (‘19), to speak about her work as the Director of Women’s Policy in the San Francisco Department on the Status of Women. Kandel spoke at an open meeting led by SWEAR (Students for Women’s Equality and Rights) and also engaged with seniors in a Service Learning class.

Kandel and just five others make up the department, which actually happens to be the largest in the country devoted to the status of women. The department came into existence in 1994 by the will of San Francisco voters.

“Our department is very framed from a human rights perspective,” Kandel said. While the U.S. is one of only seven countries that have neglected to adopt the UN Convention on the Elimination of Discrimination of All Forms Against Women (CEDAW), the city of San Francisco, in 1998, took it upon itself to pass an ordinance implementing CEDAW locally, stressing the importance of human rights.

Within the department, Kandel focuses primarily on violence against women, with an emphasis on family violence and human trafficking. According to Kandel, the department receives funds from the city, which go toward organizations that provide direct services for women experiencing violence such as battery, assault, and rape.

“People may not realize that the San Francisco Bay Area is actually a hub of human trafficking in the United States,” Kandel said, “because there are so many airports and seaports and immigrants and money and people passing through.” Kandel added that the region is on the FBI’s list of the 13 worst areas in the country for child sex trafficking. Three years ago, Mayor Ed Lee formed a task force on anti-human trafficking, staffed by Kandel’s department.

“Sometimes policies that address human trafficking, or policies that address the demand, may have consequences on other vulnerable populations,” Kandel said. In the past, for instance, the FBI has shut down a specific website used for selling sex, intending to target and inhibit buyers of commercial sex. As a result, however, sex workers lost a valuable platform for communication, which they had previously used to share information with one another about dangerous predators.

In response to this type of complication, the task force worked to “create a space where we could talk with sex workers and see if we could find common ground,” Kandel said. This alliance is tricky, she explained, as her department does not actually have an official stance on the issue of decriminalization versus abolition of prostitution.

What the department does agree on, however, is that “no one should be a victim of violence, wherever they are,” and sex workers are certainly experiencing high rates of violence. “Because prostitution is illegal,” Kandel said, “it’s often difficult for (women) to come forward and report that they have been a victim, because they’re afraid that they might get arrested for the underlying prostitution or maybe other illegal activities they have been involved with.”

To address the issue of safety, Kandel’s department developed the Prioritizing Safety for Sex Workers policy, which, if approved, will be the first written policy of its sort in the country. Kandel said that while the policy does not guarantee that a woman will never be arrested for prostitution, “It’s saying in the context of when the sex worker is the victim of a crime like rape or assault, we care much more about prosecuting the rape or assault than we do about the sex work.”

Kandel left the SWEAR community with a few ways in which young people can make a positive impact: “One of the best ways that you can do something is as a consumer.” Simple research can inform us of which companies might be actively combatting human trafficking in the supply chain.