From Computer Science to Global Lit Nigeria: How the Urban school’s electives come to be 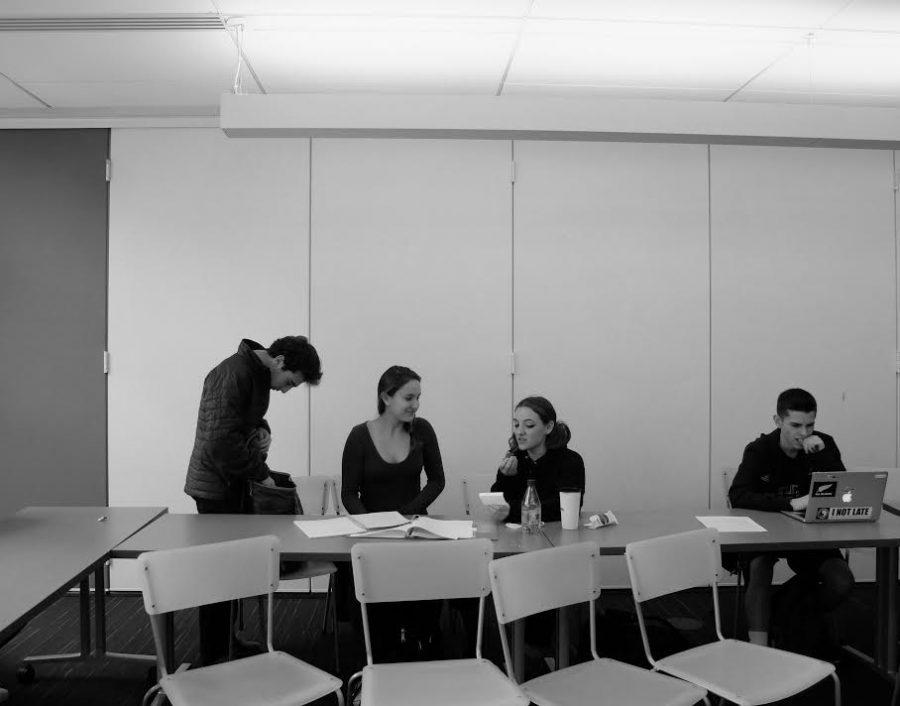 From Modern Middle East to Infectious Disease, Urban’s curriculum boasts a strong course catalogue of diverse elective offerings. Each course comes to fruition with a process much more complex and interesting than first apparent.

The process starts in different ways depending on the department and other factors. Sometimes the idea for a new course is proposed in departmental conversations “when a teacher has a real passion about a topic and they want to pursue it [and] sometimes it’s perceived there is something missing from a departmental curriculum, like there’s a need for more non-UAS classes in a department,” said Academic Dean, Geoff Ruth.

Discrete Math, a proposed elective for the 2016-17 school year, was born out of a need for non-UAS math classes. “It’s difficult to make non-UAS math classes because at some point math is abstract and therefore more difficult. So we had to think through what it is that we could take from the different disciplines of math and keep it interesting but not make it too difficult [because we don’t want it to be] only for the people that really like math,” said Math Department Chair, Parisa Safa.

In contrast, the English department recently added Global Literature: Nigeria for the 2016-17 school year after “looking at the bigger elective offerings…and we felt like we had a ton of American literature offerings and they were really popular but we had some gaps in offering global literature,” said English Department Chair, Courtney Rein. The English course Sci-Fi and Dystopian Literature, taught for the first time in the 2015-16 school year, came after “we noticed there were huge gender discrepancies in who was signing up for electives…so we were wondering how could we diversify our offerings so that there would be more classes that boy students would be interested in,” said Rein. However, Rein said, “what we found out with sci-fi is that it’s equally interesting to all genders.”

Across the board, student interest is also a driving factor in the creation of courses. At times, departments reach out for student input, such as the survey of the student body done by the English Department two years ago that indicated a strong desire for sci-fi. In other instances, faculty have picked up on the interests of Urban students outside the classroom, as exemplified by the presence of a Computer Science club that showed interest in a continuation of the initial CS 1 class.

After the idea is initiated and the rough idea is approved by Urban’s Curriculum Committee, which regularly reviews  Urban’s curriculum, a lot of work goes into developing the curriculum. For example, teachers must come up with assignments, decide the readings, and making sure that the class meets UC requirements.

When it comes to choosing readings, the English Department first looks back on the skills and understandings they wanted students to develop, which they brainstorm at the beginning of the process, and use those to inform book decisions. Additionally, “for Nigerian Lit, Amanda and I are teaching it and both of us love the Nigerian authors we’ve read but for neither of us is this our area of expertise so we did a lot of research and a lot of reading this summer. We’ve also reached out to a Nigerian American playwright and asked, ‘if you were designing a Nigerian Lit course, what would you want to teach?’,” said Rein.

When deciding the curriculum for Computer Science II, “the thing that was the most useful was this course that was being taught at Berkeley, their intro [to CS] for non-majors,” said Safa. Additionally, her undergraduate degree in Computer Science meant she knew what crucial parts of Computer Science are important to introduce.

After the curriculum has been developed, the departmental presentations in the spring before class signups are key to attracting students to the class, according to Academic Dean, Geoff Ruth. “Teachers in particular classes will talk about the [new] class. For example, in a Math 3 class, teachers will often talk about math electives so students know what it is that they can take,” said Ruth. When new electives are not sufficiently publicized, there is a risk that too few students will sign up for the class, in which case the course cannot run, as was the case with Discrete Math. “It’s an incredibly cool topic, but I think students didn’t sign up for it because they didn’t know what discrete math was,” Ruth said.

The process continues during and after the first run of the class as well. In Sci-Fi and Dystopia, after the first term of the class readings were switched from several novels to a couple novels and a diverse array of short stories, which seemed to work better with the class, according to Rein.

Though the process is laborious, electives “are what’s awesome about Urban,” said Rex Hirschorn, Urban student and student representative on Curriculum Committee. “They focus on some amazing things and give students the opportunity to take classes that they are actually interested in…It’s key to what Urban stands for in terms of passionate learning.”