Next generation of science class 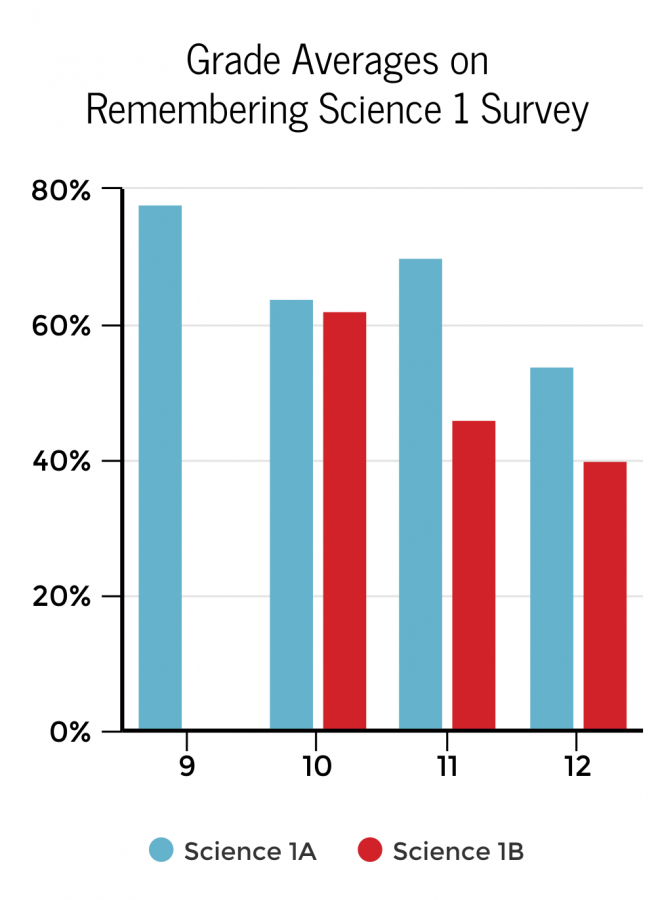 Infographic of remembrance of Science 1 concepts at Urban, made by Kian Nassre.

The Next Generation Science Standards (NGSS,) created in 2013 by 26 states, represents the consensus on scientific education of world-class scientists, the National Research Council, the National Science Teachers Association, and the American Association for the Advancement of Science. The framework outlined by the NGSS has three aspects: scientific practices, crosscutting concepts, and core ideas.

The NGSS builds upon previous science frameworks, but contains several new elements. The NGSS website lists several of these: outlining key concepts that are present throughout Kindergarten and twelfth grade to provide better coherence, emphasizing specifics of what practices students should learn beyond general inquiry, and reaffirming that learning science means doing science.

However, there are several obstacles impeding the implementation of the NGSS. Currently, it has been or is being implemented in the schools of 16 states and the District of Columbia according to their state education departments. Unlike the Common Core Standards that similarly govern math and English Education, there are no financial incentives to adopt the NGSS. To complicate matters, the inclusion of climate change and evolution in the curriculum has drawn outcry from their deniers. For example, a New York Times blog post from April 2013 received numerous disparaging comments about the NGSS, like this one from Robert L., “Students going through 13 years of NGSS will develop liberal, politically correct positions on the origin of the universe.”

The specifics of the NGSS curriculum for high school students bears great resemblance to the Urban science curriculum. While California is among the states that practice the NGSS, Urban is an independent school and therefore not legally obligated to follow state standards.

Science Department Chair Matthew Casey pointed out about why Urban is so similar to to the Next Generation Science Standards. He said, “We look at [the NGSS] … for our science curriculum to know what the next generation of science standards are, and we feel like we are getting coverage of those topics. I think we do a good job in all our science classes, both in the core, the first two years, and in the junior and senior electives, we really focus on science skills through content … We can actually go outside and take some measurements, and use math to generate the skills of measurement, inference, observation, critical reasoning, and mathematical modeling.”

Fellow Urban Science teacher Skyler Silverman pointed out the pros of not being obligated to follow the NGSS, “I find them overly prescriptive in terms of the breadth of topics that are expected to be covered, and the breadth of skills. As a result I think that there are topics that I think are incongruous with Urban which is focused on depth.”

“We really try in the first two years to get a sampling of physics and chemistry and biology and then junior or senior years with the elective they can either specialize in more advanced versions of those courses or they can go into more UrbanX-like courses, or they can just continue to take a wide variety,” Casey said in regards to the Urban science curriculum.

It is that starter package of physics, chemistry, and biology that continues to evolve at Urban. Casey said, “In the past, I think physics has been left out a little bit. I think it’s been mostly chemistry and biology.” According to Casey, that observation was the driving force behind the revision of Science 1A this school year to include basic physics in the beginning as opposed to the heavy focus on density, and that is only one of many changes in a continuous series.

The Urban Legend conducted a survey of 58 students in all grades between December 15th and January 5th. The survey asked ten questions, half about the fundamental chemistry in Science 1A and half about the organic chemistry within Science 1B, each question meant to gauge whether the more recent iteration of the Urban science curriculum has left students with lasting knowledge of its topics (see chart.)

While the drop in survey scores over the course of the 4 years does not come as a surprise, two observations can be made from this data. First, the averages for Science 1B were lower than Science 1A. Casey pointed out that this was likely due to the more vocabulary oriented nature of Science 1B. Indeed, while surveying students about Science 1B, the most common errors were mixing up vocabulary rather than simply not knowing a concept. Science Teacher Matt Medeiros said that his goal for students to leave Science 1 with, “a passion for science, a natural curiosity, and the ability to think independently and creatively.”

Second, there is the irregularity of juniors scoring better than sophomores on the questions about Science 1A. Casey and Silverman both affirmed that a possible reason is that several of the juniors surveyed have or are taking Advanced Chemistry. “In many ways when you get to something like biology, it’s like a language. And like any language, if you don’t use it, you forget it,” said Casey.

Silverman, pointing out a possible reason for the junior spike over sophomores, said “Science 1A is pretty strong chemistry, and juniors have the benefit of having taken Science 2B, which is very chemistry based like 1A, and that is a very deliberate spiraling of curriculum. I look at this, and I say the spiraled curriculum is a really positive thing, or at least in terms of retention. Because here you have juniors who, because they’ve had that ‘come back around’ time of Science 2B, are able to retain 1A, they have a deeper understanding of concepts.”

Casey said what he feels is truly important when teaching science,  “We are not asking you guys to try to memorize things other people have already figured out in the past, we are asking you to figure out how can we know this, how can we test this, what’s the evidence that shows this is really true.”