Love is in the Urban air 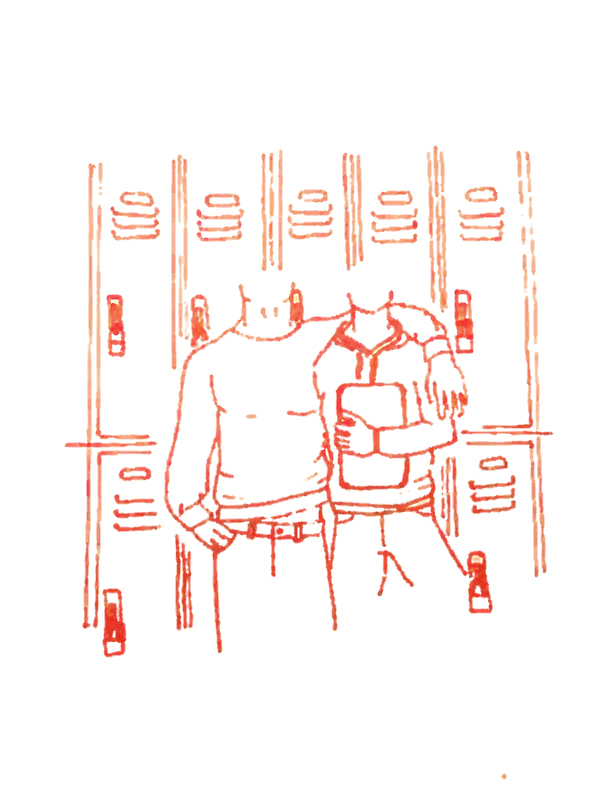 When the current seniors were freshman, Young Men’s Group (YMG) and Students for Women’s Equality and Rights (SWEAR) hosted a forum to discuss Urban’s notorious hookup culture. It’s not hard to imagine this event: the Blue Rooms stuffed with students at lunch, each corner crammed with uninformed freshman who may not have been ready to have their dreams of classic highschool romance crushed—even if just a little bit. “That’s when I learned that dating just wasn’t a thing at Urban,” said August Ackley (‘18). The seniors that led this forum may be surprised to see how Urban hookup culture has evolved since they graduated just three years ago.

There has been talk that Urban is experiencing a “cuffing season” of its own. Adam Baron (‘18) aptly described the term “cuffing season” in its traditional sense as “that time of year when everyone is kind of lonely and sad and they’re like ‘great, let’s all get in relationships so we’re less lonely and sad.’”

Tavi De Leon (‘19) explained cuffing season by saying, “When it’s the winter and it gets cold, you want to cuddle with somebody.” However, it seems that the “cuffing” occurring at Urban may be more permanent than it is seasonal.

So what about this infamous “Urban hookup culture” we’ve all heard so much about? This phrase has been commonly used to describe the nature of relationships at Urban and now seems in stark contradiction to any sort of dating culture Urban may be adopting.

According to many of the seniors we spoke to, Urban’s hookup culture has indeed changed since the current seniors were freshman.

“I remember seniors talking about how there was very little emotional intimacy at Urban,” said James Fusco (‘18) in reference to his freshman year.

For Gordon Camplejohn (‘19), when he was a freshman, hookup culture struck him as exclusively straight. “Being gay, there [are] very limited options, so I knew that if I wanted to be a part of Urban’s hookup culture, there wouldn’t be a space for me, so I never really entertained the idea of being a part of it,” he said.

“From a freshman’s perspective, there seem to be a lot of relationships between upperclassmen” and “there is no real pressure [on freshmen] to participate in hookups or relationships,” said Josh Fine (‘21).

On the other hand, Tess Cogen (‘21) said, “it seems like everyone has a significant other, so I feel some pressure to have that too.”

It seems possible that the standard of freshmen jumping into hookup culture, which was experienced by some of the current seniors during their freshman year, is evolving into a pressure to jump into relationships.

Keeping this in mind, with the exception of a few couples that have stayed together since their underclassmen years, the majority of upperclassmen relationships that currently exist are relatively new.

Adam hypothesized that this may relate to a pattern of emotional growth he has observed: “[hooking up] satisfies people to a certain point and then at a certain point they’re like ‘this isn’t doing it for me the way it was’- I need something more.”

Zara Jamey (‘18) said that at the beginning of this year, she “would hear people joking around about relationships, saying stuff like ‘oh I need to fall in love bro,’ kind of as a joke, but more recently those people seemed to shift towards actually looking for love.”

“I think people get more lonely when they see other people in relationships and then they want [to be in] them too,” said Georgia Valdez (‘18).

Although it may seem like the deliberate search for love would make the resulting relationships less genuine, Tavi said, “You can search for love, but you have to be mask off searching for love. If you’re mask on searching for love you’re actually not going to find a whole lot.” He added, “I have friends that say ‘yeah I want to find love,’ and I’m like ‘ok, but first you’re gonna have to take off that mask,’ and they’re too afraid because they’ve been trying to find love in a hookup culture and that’s not where you’re going to find it.”

Zara agreed that hookup culture may not be conducive to starting relationships. “I think so many relationships that don’t actually turn into something start with a hookup at a party,” she said, “whereas those that turn into dating have roots in a class or a friend group.”

Many of the people we interviewed recognized that love as a teenager may be significantly different than love as an adult.

“I think it’s just quintessentially different… I don’t think it’s any less valid than adults falling in love,” said Gordon. He added that in his opinion, Urban students in particular “have really huge emotional capacities, and they are empathetic, caring people.”

The most reiterated idea we heard in our interviews is that relationships can add support to one’s stressful high school experience. “We’ve been able to help each other through things,” said James about himself and his girlfriend Alyssa Romo (‘18). “There are so many benefits,” Alyssa said, “he’s my best friend. Having someone you can trust really completely and just go through Urban with has been really important.”

Similarly, Tavi said, “there’s more safety in a relationship than randomly hooking up.” “It’s more comfortable,” added Georgia, “and you get to learn new things about yourself that you didn’t know through [being with] the other person.”

All in all, we concluded from our conversations with Urban students that love in high school can be quite authentic. “The experiences I’ve had are very real around love,” said James.

“Love in high school is lit,” Zara said, “If you think you have it, great. Nobody can tell you that you don’t.”