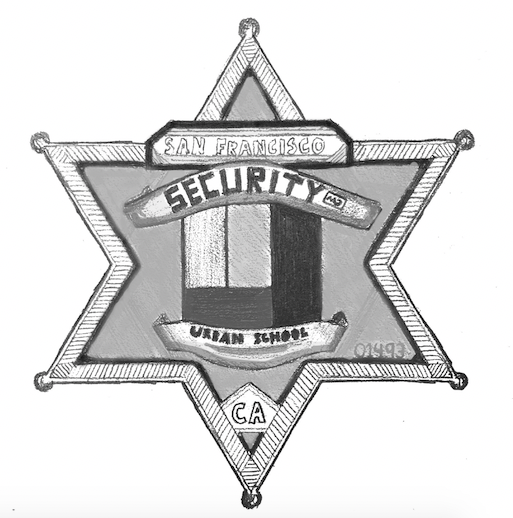 In recent weeks, numerous adjustments to Urban’s security have been made to address previous flaws that exposed the school to both external and internal threats. The doors to the Page Street entrance are now locked throughout the school day and are monitored by a security guard sporting a gleaming badge during the afternoon. These changes have been enacted by members of Urban’s facilities, while many other ongoing and impending developments will enable students to directly influence the school’s approach to safety and security.

Bethany Hellerich, the director of Urban XLabs, has tasked two students with creating a barrier mechanism to extend the height of the gate entrance adjacent to the Saint Agnes gym. Hellerich described the project as creating and designing “extended fencing for the top of the Page gate.” Its upcoming implementation is aimed at preventing potential intruders from scaling the gate as a means of accessing Urban’s North campus, addressing a chronic flaw of Urban’s external security.

Hellerich said she received the request for the project from Diane Walters, Urban’s Chief Financial Officer. “It’s based on the feedback from a security consultant hired last spring. They want to provide a deterrent for climbing that gate,” Hellerich said.

Walters cited the creativity of Urban students as a reason for enlisting their help with the project, saying that another suggested option would have been adding a “tall array of spikes on the top of the gate.” Walters expressed her confidence that “Urban’s Industrial Design students can develop something more attractive but equally effective for our gate.”

The assignment may be an exercise in craftsmanship for XLabs students but will simultaneously address a critical Achilles heel of Urban’s security system. Urban’s Assistant Head for Student Life Charlotte Worsley recalled that “Saint Agnes was the first building to get locked because we kept having people coming off the streets using the bathrooms.” Worsley said that even with the Saint Agnes doors locked, “people climb over the gate.”

Many recent changes to Urban’s security protocol can be traced back to an ongoing security audit being performed by an external consultation company, which Worsley said provides the school with valuable advice. “[It is helpful to] get someone to come who’s got some expertise and look at all of these things. And then you sort of assess and see what things you want to do. Locking the doors makes sense in this neighborhood,” Worsley said.

Although Worsley said that similar audits have been conducted in past years, the most recent consultation has resulted in multiple changes including a concentration of security in the area between Saint Agnes and the Page Street campus. Locked doors and the XLab’s modified barrier will soon surround the passageway. On Page Street, the newest addition to Urban’s staff patrols the sidewalks on an extended shift from 2 p.m. to 10 p.m. Hired this year, one of the security guard’s duties is to ensure that the area remains unobstructed by inhabitants of the Haight-Ashbury area.

“We really need to move people along and not have them be sleeping in the nooks of the school… We need students and faculty to be able to show up in the morning and not be climbing over people,” Worsley said in reference to the security guard’s responsibilities.

Urban’s unique location in the heart of the Haight-Ashbury Neighborhood has prompted the school to take certain safety precautions that might be deemed unnecessary at other schools. Urban’s obligation to redirect the area’s inhabitants away from the school is not borne out of a lack of hospitality, but rather a responsibility to students and staff. “We’re a school, and there are certain standards of cleanliness and safety which are expected of schools,” Worsley said.

In addition to the current enhancement of external security protocol, Urban will also alter the school’s internal threat response in the future. The tactic of silently hunkering down in classrooms during Urban’s lockdown drills is somewhat dated, and will soon be replaced by a more active approach. “The Department of Education issued a recommendation that sheltering in place quietly is not the right thing to do,” Worsley said.

Worsley said that members of faculty and staff have already been trained in a revised approach to active threats within the school and that students will also be given the opportunity to engage in this training. The newly devised tactic prioritizes active avoidance of the threat and instructs students to seek escape routes if at all possible, encouraging quick thinking and instinctive reaction. If escape is not an option, however, Worsley says students will be taught to “focus on putting as much [distance] between you and the threat as possible.” In addition to barricading, this strategy relies on students and staff “making noise – lots of noise. You want to distract the intruder,” Worsley said.

Urban’s ongoing slew of alterations to security protocol is indicative of the school’s transition to an increasingly collaborative approach to safety. Walters said that regardless of how it is achieved, Urban’s objective for security is to “ensure safety for students, faculty and staff.” This year, the school’s progression towards this goal has expanded to include input from all three involved parties. Although incorporating student contributions in the security process is unorthodox, the decision displays Urban’s attempts at empowering students to address and confront legitimate issues facing the community.