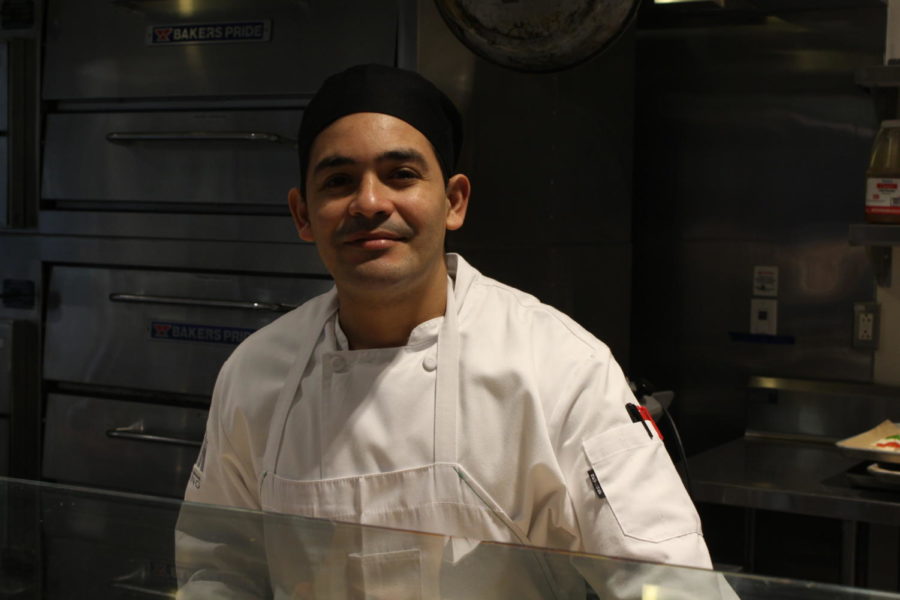 In October, 2018, the Urban Legend called on the school community in an editorial to “work together to ensure that gratitude and human connection remain integral elements of our culture” by getting to know people who provide invaluable service to the Urban community but whose contributions often go overlooked.

In order to facilitate community and connection, the Urban Legend is publishing brief profiles about each Flik employee and member of the facilities team. As we wrote in October, “these profiles are designed to inspire conversations—simply reading them is not enough.” So go ahead and read, and then use what you’ve learned to start conversations. It’s as simple as that.

Kevin Fonseca, who was a cheerful presence in the Student Center, recently moved on to other employment. He likes going out with his friends and taking hikes in the Presidio. “I never go to the same restaurant twice… I like to try new things,” he said. Kevin grew up in El Salvador and moved to San Francisco a year ago. In the movies he watched as a kid about high school in the United States, he said that “teasing, discrimination and heavy jokes were very common and even acceptable.” Because of this, he said that he was “afraid at the beginning [of talking to people],” but that “the reality was very different from what I expected…  I feel comfortable in this school and very well loved.” In addition to his new job at the Bay School of San Francisco, he’s making an app with his friends, which will list restaurants and other businesses in El Salvador all in one place. “We’re trying to do something innovative for our country,” he said, “it’s just the beginning for me.”

Judith Fonseca has recently moved on to other employment, but worked at Urban’s since Flik’s arrival. She grew up in El Salvador and enjoys spending her time walking her dogs and cooking food from all around the world. Baking is her biggest passion—she loves making pastries and her favorite thing to make is Tres Leches cake.

Alba Flamenco, who works as a cashier and cook in the Salkind Center, is originally from Mexico and is one of the newest members to the Flik team. Outside of work, she likes walking, going on runs and taking care of her two kids. One of her passions is volunteering in the hospital, where she works as a Certified Nursing Assistant. “I can feel it when I identify to the human—how they need help”, she said. “That’s my instinct.” She brings this spirit to her work at Urban: “I can identify [with] the students because I can see [them] like my kids. I’m the mother, and I feel like [they] need help, for example, to prepare food… and to give good attention.” She suggested that people ask her about casual topics—questions like “how was your weekend?” They’re good conversation-starters, she said, because they “break the ice.”

Angel Jimenez, who works in facilities and maintenance, was born and raised here in San Francisco. Outside of Urban, Angel attends the Academy of Art University where he’s majoring in video-game design. He enjoys spending time outdoors by hiking and running and you can find him at the beach from time to time. He also likes hanging out with friends and is always looking for new places to eat. Currently, Angel is working on learning Japanese and playing the piano. Last year, Angel went to Vancouver and this year he plans to travel more. “Within Urban,” Angel said, “I feel visible from time to time… It makes me happy when people say good morning to me, like I’m not a nobody here.”

Melissa Mai, who Chef David describes as a “total rockstar,” works in the Salkind Center’s kitchen. She grew up in San Francisco and enjoys spending time with her three-year-old and eight-year-old sons at the park. She likes to run and walk to get exercise. She hopes that Urban can see the impact that Flik makes every day, and calls on the community to “just know we’re working here.”

Jorge works as a senior cook at Flik, helping out Chef David in the Salkind Center Kitchen. Outside of work, he’s busy taking care of his son, who recently turned three, as well as cooking for his family. When he’s stressed, he likes to garden. “It takes things out of my mind,” he said. Here at Urban, he’s enjoying getting to know the community: “It’s really cool getting to know you and serve you,” he said. In his eyes, Flik plays a big role at Urban. “A big part of this community is looking forward to having lunch with us,” he said. “You have to eat every day.”

Roberto Magana, who works in facilities and maintenance, grew up in the Mission district here in San Francisco and describes himself as “a local guy.” Roberto is a dedicated fan of the 49er’s, who he’s been watching since he was five years old. Outside of work, Roberto spends time with his family and friends and enjoys fishing and camping. “I’m a pretty down to earth guy,” Roberto said, and he’s willing to talk about “just about anything.”