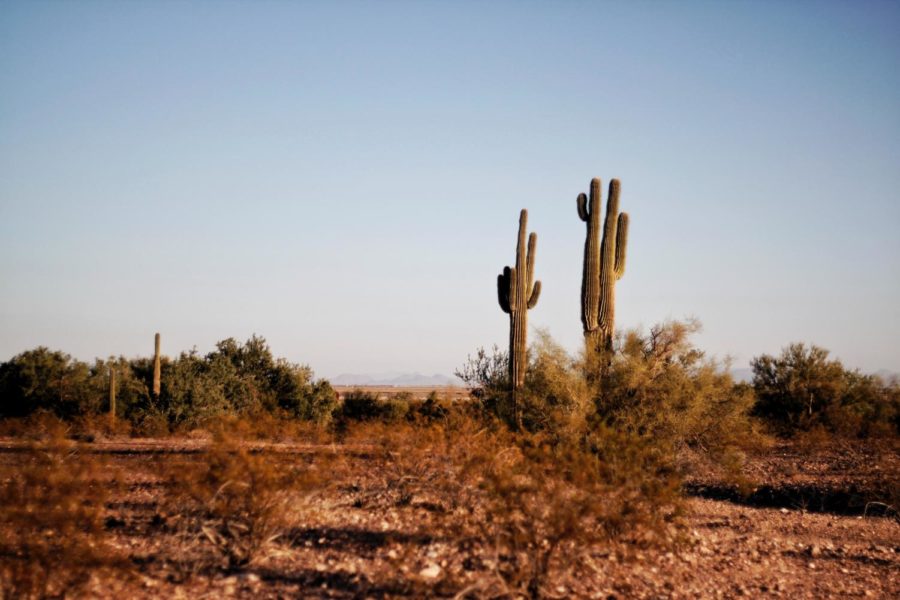 Royalty free photo of the deserts in the US-Mexico border, courtesy of Pexals

While the media often laces stories of the Mexico-United States border with violence, starvation, and complete desperation, it fails to acknowledge the many women in need of reproductive healthcare, contraception and legal support after crossing the border. Miscarriages due to violence at the border, limited access to prenatal care and withheld information regarding contraception and abortion are the realities many young women face upon arriving in the U.S. Various religious and secular organizations work with these women to ensure their rights, provide legal assistance and give information about their options.

One such organization, called Jane’s Due Process, runs Office of Refugee Resettlement (ORR) shelters in Texas. These shelters link refugees and new arrivals to women’s healthcare resources in addition to offering other legal services. Jane’s Due Process also helps young women with the judicial bypass process for abortion.

The judicial bypass process is the process minors must go through when they don’t have parental consent for an abortion. In Texas, the current judicial bypass law requires proof that the minor is either mature enough and has enough information to decide to have an abortion or that it is in the minor’s best interest to not tell their parents about their decision. If the court can prove that either of these statements applies to the minor, the minor will receive legal approval to have an abortion without parental consent.

To learn how Jane’s Due Process provides women with information about their rights, the Urban Legend spoke with Eleanor Grano, the Community Outreach and Youth Coordinator at Jane’s Due Process. Grano explained that Border Patrol often takes phones and batteries from women detained at the border, which limits their access to information about their healthcare and medical rights.

While women detained at the border don’t all necessarily have access to any health clinics, Grano pointed out that in a state-funded clinic they “won’t tell you your rights unless you ask.” This allows state-funded organizations to avoid informing women about abortion as an option in the case of an unwanted pregnancy. These organizations also don’t have to connect women with a clinic if they chose to have an abortion.

Grano explained that Jane’s Due Process has actually placed many targeted Instagram ads in various countries on the other side of the border in order to inform young women of their rights. The organization has also taken advantage of social media to provide birth control and contraception to more young women in Texas through the creation of a phone app. The app allows young women to text the organization and communicate about getting free and geographically accessible birth control.

Grano described some of the limitations to healthcare for young women at the border. She stated that clinics often use “anti-choice language” that only talks about being in support of or against abortion as opposed to being in support of or against choice. She added that there are a lot of religious organizations that work with people crossing the border and that they can limit access to information and services for contraception and abortion. “It’s about ensuring that people have all of their rights even if those rights don’t fit with your personal political beliefs,” said Grano.

Scott Lloyd, the former director of ORR, is an example of a politician who crosses the line between church and state. “He tends to not only have his religious beliefs but he tries to implement them in government, which is a violation of [the separation of] church and state,” Grano said. Before working as the director of ORR, Lloyd was a legal representative for pro-life organizations seeking to maintain Christian values in their legal work, such as the Knights of Columbus charity. In addition to the many difficulties of working with young people seeking contraception and abortions, working with new arrivals presents additional complications involving language and previous experiences. “Sometimes we’re bilingual but we may not know the best way to talk about abortion or contraception,” said Grano.

Additionally, fear of police action or deportation can discourage mixed-status families from seeking out medical care. According to Grano, these families will often not sign up for public programs or enroll their children in Medicaid out of fear of their citizenship status being discovered.

Despite the work of organizations like Jane’s Due Process, access to information, rights and care remains limited. “Currently, there are only 96 Title X clinics in the state of Texas,” said Grano. “But it’s important for people to know that these clinics are available.” Title X clinics provide vital family planning and related healthcare resources for those who are low-income, uninsured or unable to access Medicaid.

In the future, Grano expressed that Jane’s Due Process should not be alone in its work at the border. Grano finished, “There are pregnant women that are miscarrying. There are women shackled while giving birth. If they [the Trump Administration] really care about life, they would care about the women in these detention centers and the harm they’re doing to them and their children.”