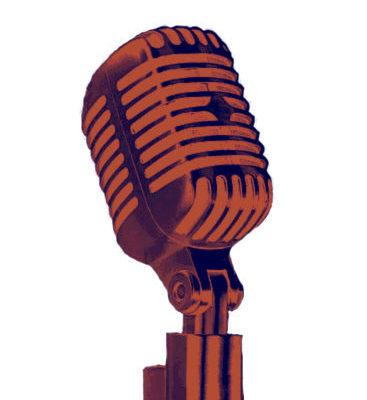 Every time I turn on the TV, I find myself looking at an ad for another reality TV show that didn’t exist the day before. With over 750 unscripted television series on prime time television, it makes it difficult for any TV viewer to look past them altogether. Many hobbies, activities, and professions have been turned into reality shows such as cooking in “MasterChef”, modeling in “America’s Next Top Model”, fashion designing in “Project Runway” and there are even shows based on finding love, like the “Bachelor” and “Bachelorette”.

As I attempted to find out which types of shows were the most popular or favored by viewers, the overall number of talent shows is far greater than any other, especially dancing and singing competitions.

I grew up knowing only of “American Idol”, a reality singing TV show competition that started in 2002 and produced famous singers including Kelly Clarkson, Carrie Underwood, Phillip Phillips, and 13 others. “The X Factor”, “The Voice”, “The Four”, “The Sing-Off”, “The Masked Singer”, and an increasingly large number of shows based on singing have grown exponentially. While “American Idol” originated in the United States, as the name implies, the amount of global attention received by these shows sparked spin-offs in multiple countries. Some may be familiar with America’s Got Talent, but the Got Talent TV model has been recreated in 184 countries.

With seemingly so many opportunities for singers across the world, I wanted to know more about the actual experience of competing, not just what the camera shows, but how the actual performers prepare.

I had never personally met a participant on a reality TV show in my direct community, but reached out to someone whom I had heard had competed before. In the Spring of 2018, I was given the opportunity, through The Urban School of San Francisco, to participate in an exchange program, alongside 15 other students, with students attending IES Seneca, a school in Córdoba, Spain. One of the students I met was named Aurora Perez who had performed on stage and thought of music as a possible career. She is currently competing in a singing talent competition called Me Gusta Tu Cover, where over the course of three months 12 elected singers receive vocal training as they progressively compete and pass through rounds by singing covers of chosen songs. I had the opportunity to discuss Perez’s experience with competing on this show and what it means to do so on social media—a very public platform:

Me Gusta Tu Cover is a TV contest that I went in to do because I did several selection castings. This contest consists of carrying out a test every week. We sing all kinds of musical genres like pop, flamenco, reggaeton, and rock.

I wanted to be part of this to learn and be able to train professionally in the world of music. It’s been different than I expected because I didn’t know it was going to be this incredible.

Previously I have done concerts and uploaded videos singing to Instagram, but nothing as professional as being on a TV show.

Music is my passion since I was a baby. I would like to dedicate myself to it, even though the musical world is quite difficult. Today I keep learning and growing, I go to classes to improve as a singer and as a musician and play several instruments. The program has taught me that nothing is easy, that you have to fight for what one wants. You don’t have to leave, just have patience and constancy.

Behind the scenes is all very cool. All contestants get along very well, we have created a family and when the program is over we will continue to be together. Normally, all week we spend rehearsing, at all hours, because we have very little time between one test and another. There are many things to study: the lyrics, the melody, the intonation, the dance, the staging, and even the costumes. Then it takes a long time.

Me Gusta Tu Cover has been one of the best experiences of my life. I think these programs are very good because they help the singers that are starting, like me. It teaches us to see the world of entertainment and television. You have to work hard and when you get to do your job well, it is very gratifying. I recommend and encourage everyone to introduce themselves to castings and television programs. They are very interesting and fun new experiences that make you learn and grow. You also meet a lot of people and that’s really cool. Share with others your desire to make music and do what you love.