Voices of the Climate March 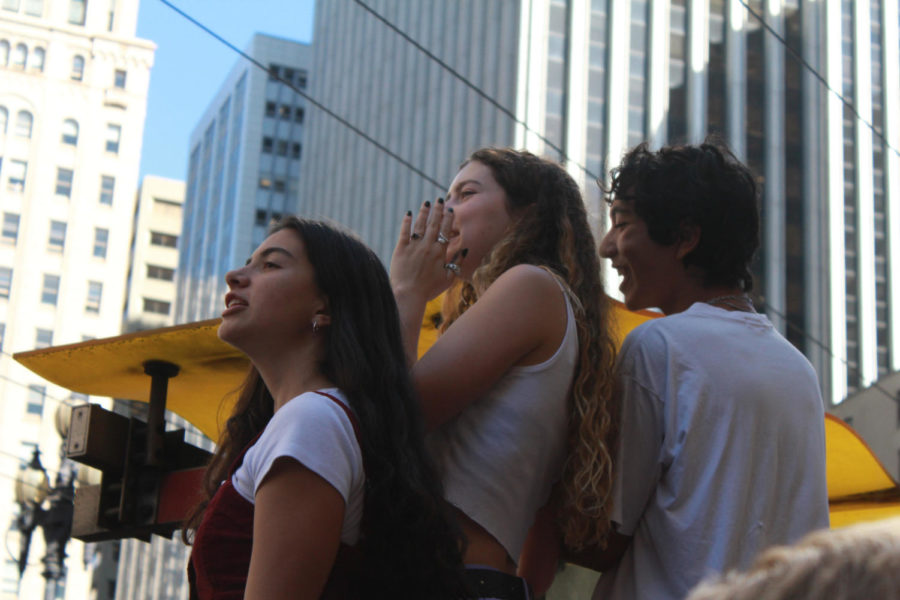 Mackensie Park: “I went to the climate march because as people, we share this planet with a larger ecosystem of nature and animals; despite this, we have developed the idea that our luxuries are a right and not a privilege. Our actions that reflect a thoughtless consumerism are negatively affecting the other communities of plants and animals that have the same right to life and prosperity as we do. Going to the march and being surrounded by the strength of the youth voice was very empowering and uplifting.”

“Since the climate is such a dire issue, it is important to demonstrate how it is affecting our society — especially the youth — because we are the generation that it has the most impact on. Being there was inspiring because so many people showed up to support the same cause.”

“It was very inspiring and reminded me about the power of coming together as youth to fight for change.”

“I went to the march to be a part of this global movement and do my part to help. It’s okay if the march doesn’t change everything overnight but people showing up is the first step. It was amazing being there — especially around Urban students. One of the most impactful moments for me was when we were around all these big corporations, like Amazon and Black Rock because I haven’t seen a climate march in San Francisco where we have actually taken on these corporations. They are powerful people, and it can cause damage to go against them. But doing that was very courageous and impactful.”