Catching up on the race for the presidency 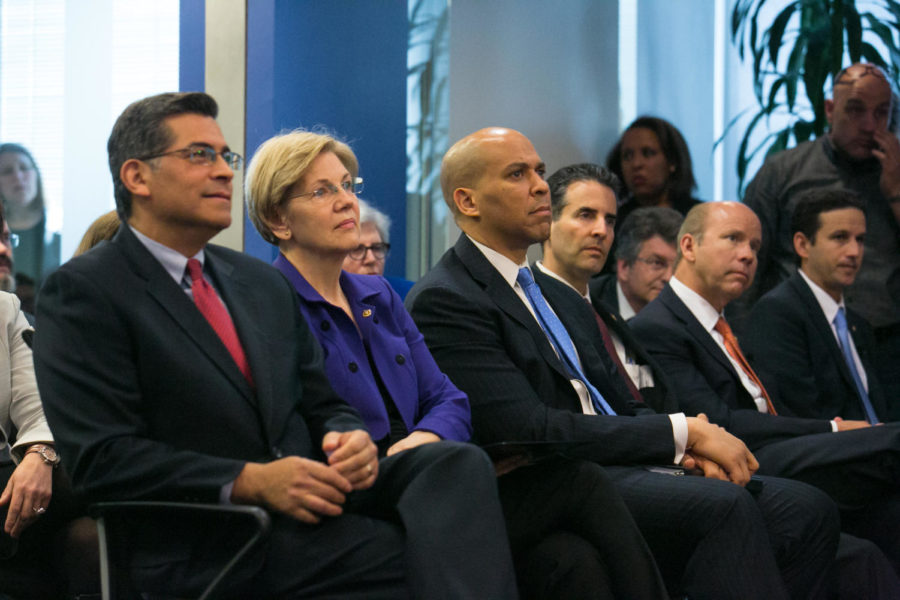 With the presidential elections just around the corner and the primary elections approaching fast, it is time for America (and even some Urban students) to decide who they want to be the next President of the United States. With a Republican primary including 4 candidates and a crowded Democratic primary of 17 candidates who have united around many key issues, it can be difficult to differentiate between candidates. The Urban Legend has broken down these candidates and their views alongside Urban students’ opinions on their policies.

Current President of the United States (elected in 2016)
Background in real estate and reality television
Campaigning on a platform centered around building a wall on the Mexican border alongside stringent immigration policies, renegotiating trade agreements, and repealing environmental regulations

Jack Kampmann: “He’s put a lot of tariffs on China that have helped benefit American businesses, and that’s also helped with the economy. That’s something that I’m looking out for now that I’m 18, and I’m able to vote and work.”

Josh Spieth: “He seems like a more reasonable, level-headed guy… [he has an impressive] resume —military, veteran, [he has] born-intelligence — and he was the mayor for a while.”

Former Congressperson starting 1991
Senator for Vermont since 2006
Lost the Democratic primary in 2016 to Hillary Clinton
Running on a platform of Medicare for all, democratic socialism, and free college tuition in the U.S.

Elsie Lipson: “I am supporting Bernie because he is unlike any politician I have ever seen in my life. Bernie has been fighting for the same causes his entire life, never changing his values based on the popular opinion. I believe he is the only candidate that wants to be president not for any personal gain, but simply because he cares about the people. Bernie has started a political revolution, pushing people to stop settling for the current society we live in that has been made to benefit the 1% and exploit the working class. There is finally a politician running for office that standing up against Wall Street, big corporations, [and] the most powerful people in this country because he knows that is the only way there can be real change. Bernie is for the people, and that gives me hope.”

Senator from Massachusetts since 2012
Previously a lawyer
Known as a planner; her fans notoriously yell “I have a plan for that.”
Her signature issues include income inequality, protecting the middle class, corporate and political corruption, and canceling student debt.

Gracie Veiga: “First and foremost, I need a candidate who’s going to declare a climate emergency on day one and has a plan for climate change… and will also provide jobs and reach economically.”