How do students feel in light of Atatiana Jefferson and Botham Jean’s murders? 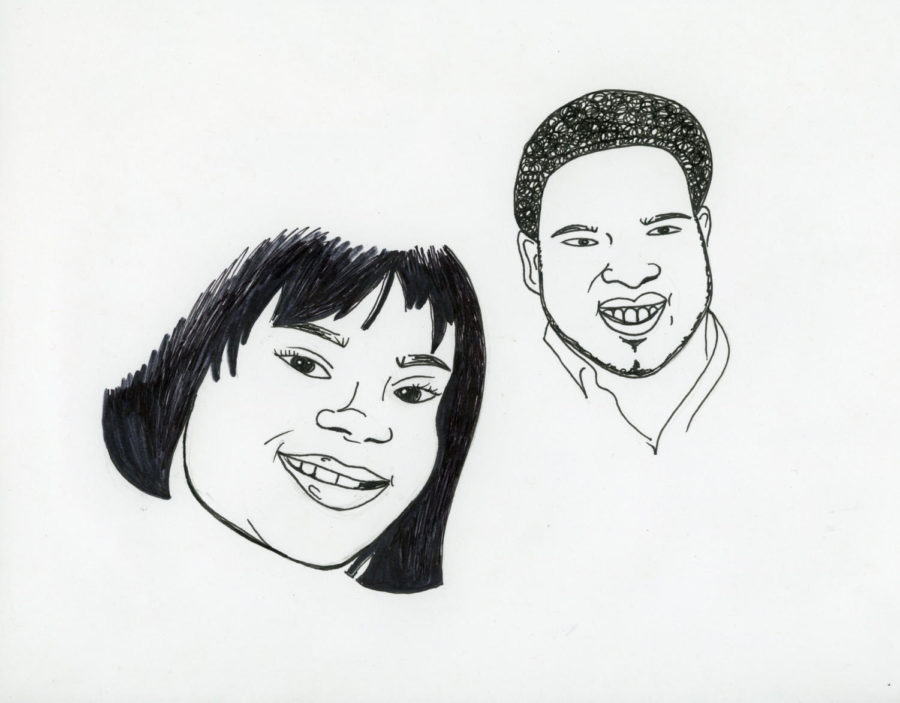 A policeman entered Atatiana’s home at 2:33 a.m. She was playing video games with her 8-year-old nephew, Zion. 0.6 seconds after seeing Atatiana, the policeman shot her. Her nephew watched. A policewoman entered Botham’s home while he was watching TV and eating ice cream. She shot him. Botham was unarmed. The police officer claims she thought Botham was an intruder in her apartment.

Both Atatiana Jefferson and Botham Jean were young black adults. Since the policewoman who shot Botham was on trial at the same time as Atatiana’s murder, many began noticing the coincidental occurrences of both deaths. Atatiana and Botham were both murdered in their homes. “It’s a lot more personal and invasive to murder someone in the one place they consider safe,” said Melia Fillipow ‘20, co-leader of Urban’s Anti-Racist White Privilege Awareness club (AWPA).

Urban’s Black Student Union (BSU), Students of Color (SOC), and AWPA worked together to host this forum. Each affinity and ally space got involved in an effort to acknowledge how these deaths made various individuals within the Urban community feel. The week after the forum, the clubs that sponsored the forum held debrief sessions, further encouraging students to follow up on how they were feeling. Kaern Kreyling, the school counselor, was also available for students who felt they needed support.

“We wanted to talk about how it made us feel, both as Black people, students of color, and people who are more on the outside or have more power,” said Max Miller ‘22, co-leader of BSU.

Traylor Smith Wallace ‘21, the co-leader of SOC said, “we wanted to give people a space to be upset and let their emotions out. There are feelings of rage and guilt and sadness, and you shouldn’t just forget about them because they may be hard to deal with.” He wanted this forum to provide a space to deal with these emotions.

Instead of forgetting one’s feelings, “you should hold onto them, but use them to remember who these people were,” said Fillipow ‘20. “We wanted to remember the lives of Botham and Atatiana,” It was critical to her that the forum, “focus on who they were outside of their murders,” said Fillipow. So, rather than sharing all the specifics of their deaths, the leader’s shared that Atatiana wanted to go to medical school. As reported by the New York Times, Atatiana’s friends and family called her Tay. She was a graduate of Xavier University in Louisiana, and at the time of her death worked in Human Resources. According to The Dallas Morning News, Botham was a beloved part of his choir at church. His family and friends called him Bo. He was originally from St. Lucia in the Carribean. At the time of his death, Botham lived in Dallas, where he regularly attended Dallas West Church of Christ.

To the leaders of the forum, an essential part of the program was, “remembering their names, remembering that they are people,” said Fillipow. “Often these people become symbols of police brutality, their names become synonyms to police brutality.”Aligning with their efforts to emphasize the humanity of Atatiana and Botham, the leaders chose not to name the police officers. “Whenever you name someone, you are just giving them more power,” said Smith-Wallace. The leaders did not want to give the police officers any power.

“When these things happen, we always talk about the white police officer, [and] how they felt scared,” said Miller ‘22. “This time we needed to talk about these people and how they had lives.”

“If the victims go unnamed, why should the police officers have a right to even be named,” said Fillipow. In 2018, when Botham was murdered, Fillipow had not heard or read anything about his death. Botham’s story entered her realm of knowledge because the trial of the police officer who shot him received a lot of media coverage. “Why [is] the trial more on my radar than the actual death of this man? Why is that more newsworthy?” said Fillipow.

“A big problem with the media is that when people are killed or hurt they don’t really name the people in the headlines,” said Izzie Ballon ‘22, a student who attended the forum, “I feel like it was really important to name [Atatiana and Botham] because it brings back so much humanity that the police took away from them.” The unequal coverage of victims of police brutality and the police officers who killed them contributed to the leaders’ decision not to say the police officers’ names.

“I hope that [a] takeaway is, even if you personally don’t have to worry about this [police brutality], there are people around you that do, and you should be as aware of it as everyone else,” said Fillipow. She wants the people who attended the forum to leave with a greater understanding of the prevalence of police brutality. In light of Atatiana and Botham’s murders, “knowing that my friends may not feel safe in their own homes, is something I need to remember,” said Fillipow.

“Every time I see a police officer [police brutality]is the first thing I think. I just think, get my hands out of my pockets, and I get nervous. I look the other way, sometimes. I just don’t know what to do,“ said Miller ‘22. Police brutality is something his family does have to worry about. In Miller’s life, there are precautions he takes to remain safe from the police. “My mom always warns [me], every time I go out she always wants me to bring a bag, so I don’t look like I am wandering,” said Miller ‘22.

“Just because it doesn’t affect you, you should still be aware of it,” said Ballon ‘22, “[the forum] led me to read a lot about the two people the forum was dedicated to.” While only a small percentage of the Urban School community has personal experiences with police brutality, the leaders of this forum feel it essential that the whole community be aware.

Smith-Wallace ‘21 said, “I really hope we continue to talk about this because [police brutality] is such an important issue. We have just touched the surface of how deep this problem is, and there is so much more to it then we had time to talk about.”