The Urban School of San Francisco officially closed on March 12th, and just 4 days later, Lowell High School, the largest public high school in San Francisco, shut its doors on March 16th due to Covid-19 concerns. Virtual learning and assignments started up for Urban students on March 17th. Despite having closed its campus within 4 days of Urban, Lowell, along with all San Francisco public high schools, began online school nearly a month later on April 13th. Though in the same city, students at independent-private schools like Urban, and students at San Francisco public schools like Lowell have had drastically different learning experiences while in lockdown. With in-person school closed for the rest of the school year, remote learning has highlighted and exacerbated education inequities across San Francisco.
While many students experienced a loss of instruction during the transition to online school, San Francisco public school students have been disproportionately impacted. As Josephine Cureton, a senior at Lowell High School and Chair of the SF Youth Commission, said, “there was basically a month in which the district was just starting up the meal program and doing technology distribution while many private schools had already started up again, so we basically lost more than 3 weeks of instruction.”
To address this learning loss, California Governor Gavin Newsom has proposed reopening schools over the summer. In a press conference on April 28, 2020, Governor Newsom said, “we’re concerned about…learning loss…into the summer and so we are considering the prospect of an even earlier school year into the fall, as early as late July, early August.”
The disparity in virtual adaptability between the San Francisco Unified School District (SFUSD) and San Francisco private schools is partly due to the added responsibility public schools have to provide resources and services for a student body with a larger range of needs.
SFUSD typically serves over 37,000 no-and low-cost meals each day at 136 schools across San Francisco. The district is continuing to serve food-insecure students by providing free breakfast, lunch, and dinner at pickup sites throughout San Francisco with no proof of enrollment required.
In addition to food inequity, the digital divide can have even more drastic consequences for students in this online world of virtual school. According to a Pew Research Center analysis of U.S. Census Bureau data, in 2019, 35 percent of lower-income households with school-age children do not have a broadband internet connection at home. Additionally, 41 percent of Black and 38 percent of Hispanic families with school-age children making less than $30,000 annually are without high-speed internet connection. The Pew Research Center also found that 17 percent of teens say they are often or sometimes unable to complete homework assignments because they do not have reliable access to a computer or internet connection.
As of May 4, SFUSD had loaned more than 12,000 Chromebooks to students across grade levels. The school district has set up WiFi hotspots around the city as well, however, as Cureton notes, “students would have to leave their home to go to those hotspots, and at this point, it’s really not that safe to leave your home which is another burden placed on those kids without stable internet connection during this time.”
Montgomery Hiser, a junior at The Ruth Asawa San Francisco School of the Arts, said, “I have friends who are still working during this time because they are considered essential workers and they have to make money to support themselves and their family. Luckily, they have really understanding teachers who have excused kids who need to continue working from having to do school work.”
For elementary school children with working parents, navigating online school is particularly difficult. With the lack of childcare services, many older siblings are expected to look after younger members of their household. Audrey Keane, a junior at Washington High School, said, “it’s been kinda hard to do my own school work because I have to help my brother [a second-grader at Lafayette Elementary School] with his schoolwork while my parents are working.”
As Cureton said, “familial circumstances are having a much bigger impact on education when we’re learning remotely as opposed to learning in the classroom.”
One way SFUSD is trying to address the myriad of inequities students are facing in this remote format is through the adoption of pass-fail grading. In a statement released by the district explaining the new policy, the district said, “assigning letter grades to students who are experiencing unequal learning circumstances would not ensure fairness or provide an accurate assessment of students’ learning during this time.”

(To learn more about education equity issues across California, tune in to a statewide webinar on Tuesday, May 26 from 3-4 pm with Congressman Ro Khanna (co-chair for Bernie Sanders’ campaign) RSVP here: tinyurl.com/genupiatvwebinar) 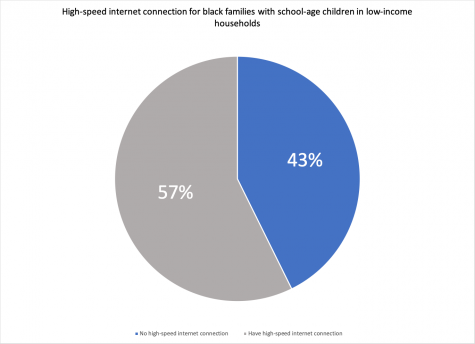 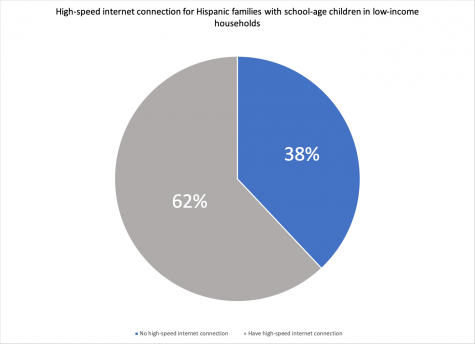 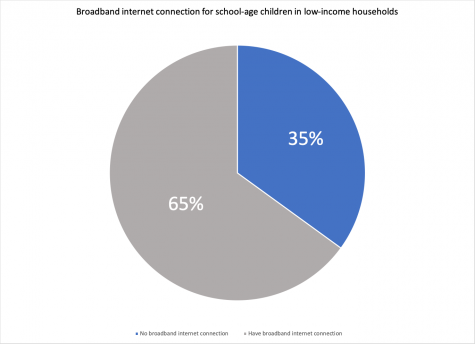