The realities of COVID-19 have raised many questions about the future of Urban, with regard to how long our schooling will remain virtual and whether we should push for a return to normalcy. Such uncertainties have driven students to ask themselves: would it be responsible to return to school, and could the social and scholastic benefits possibly outweigh the health-related risks?
An Urban Legend survey about returning to school found that 56% of students think holding physical classes would be wise if precautions 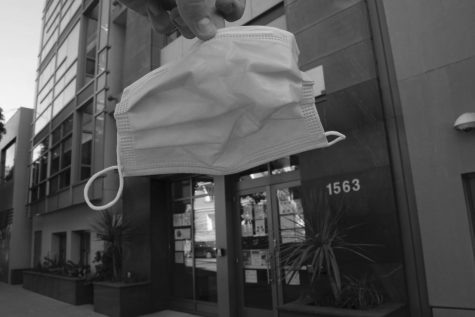 ken. Yet, despite the potential emotional and educational benefits that a return would yield, Ryan Steinbach ‘22 believes that doing so would be irresponsible.
“I think it’s better to air on the side of too late than too early despite the academic and mental impacts,” he said. “Going in too early could have health effects and could actually mean an elongation of this virtual environment.”
“I think that it is one of the school’s primary responsibilities to protect the physical health of its students,” Steinbach continued. “If to do that to the maximum extent means staying virtual, those other aspects are going to take a hit, and that is going to have to be part of this reality.”
Ezra Bergson-Michelson ‘22 agrees with Steinbach that Urban should not force a return to school at this moment.
“I would say that going back to school is something where you’re risking at least infection and possibly the lives of people for the difference between an elite education and the best education Urban can give,” he said, comparing virtual to in-person school. “I’m not really sure if that’s a worthwhile risk.”
Bergson-Michelson also noted that students who rely on public transit could face difficulties with their daily commute. “A lot of students, such as me, take public transportation to and from school, and don’t have a way to do that without [it],” he said. “Basically you’re forced to be in places which already have issues with sanitation, but now we’re… in a pandemic.”
“As much as I would love to go back to school and have a senior year and be able to see everyone, I think it is irresponsible if we were to do that,” Tess Cogen ‘21 said. “Our education virtually is incredible and they’ve put so much thought into it, and I think that going back right now is irresponsible and an abuse of privilege.”
Cogen added that it would not be prudent to push a return, at least for the time being. “I’m getting a great education virtually and I’m really interested in all of my classes,” she said. “I’m sure that I would be interested in them if I was in person as well, and maybe more so, but that’s versus going back to school and risking getting COVID or giving people COVID or bringing it into the larger community.”
Olivia Everitt ‘21 agrees that, though she would like to return to a physical school, it would not be smart until there is widespread testing.
“I want to go back to school, but I think if there isn’t a vaccine or we can’t get tested walking into school quickly or something like that,” she said. “I don’t think it’s worth it to go back to school and risk so many lives because it’s not only the students, it’s their families and their extended families.”
On the contrary, Robyn Wadsworth ‘21 thinks Urban should do everything in its power to ensure a rapid return.
“[Urban’s administration is] listening to facts but they should want to come back. They should be pushing it more and doing whatever they can do to come back,” she said. “I think that isolation does something to mental health and physical health, and I really don’t think it’s a normal human practice.”
Wadsworth also noted that “[Urban is] a school and obviously they’re going to want to come back and teach normally, so I think they should be pushing it more than they are.”
Though Urban has maintained its commitment to the mental health of its students throughout the pandemic, it remains true that many have been impacted by the effects of isolation. Steinbach said that, due to quarantine and virtual school, he’s “seen a drop in productivity [and] a drop in motivation, which I think a lot of people are experiencing.”
“I think there are a lot of pros in terms of student learning and social life to returning to school,” Everitt said. “My brother’s currently a freshman, and you can’t make friends, or know people that you don’t already know.”
Nonetheless, she believes that we should be cautious when deciding whether or not to return. “I think personally I would rather stay virtual as long as we need to so that we can stay in-person fully for as long as possible,” she said.