An honor beyond the words on the page: featuring AJ Jolish, one of Urban’s newest published authors 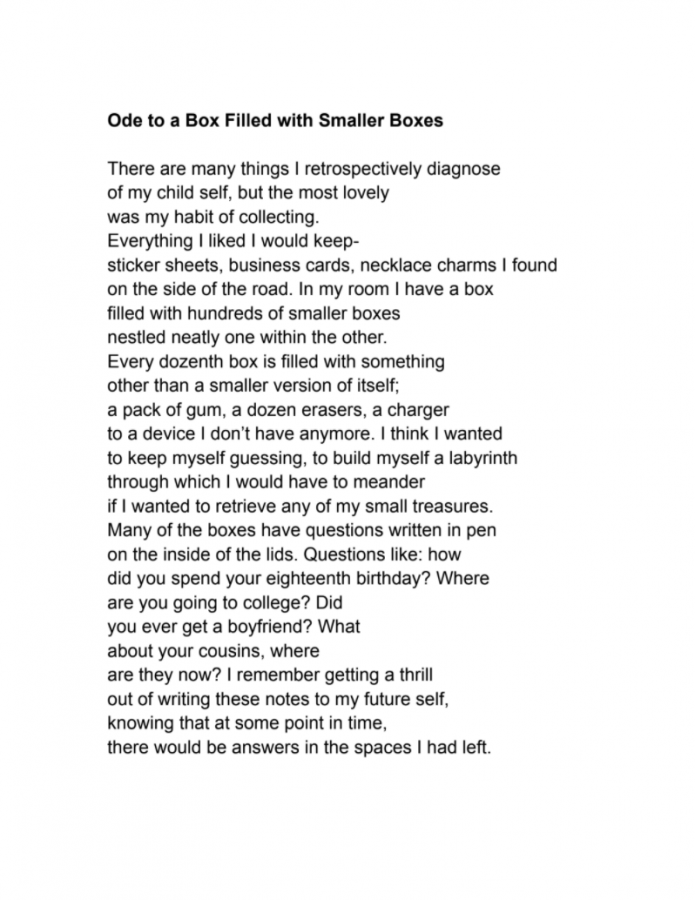 On March 25, 2021, the Urban community received news that three Urban students’ would soon have their work featured and published in the Marin Poetry Center High School Anthology 2021 alongside other young writers.

The Marin Poetry Center (MPC) holds an annual competition open to ninth to twelfth graders living in the San Francisco Bay Area, who submit up to three poems for consideration. The theme of Identity and Self announced by the Marin Poetry Center helped guide writers creativity this year. A guest judge is invited every year, this year the center welcomed Lake County Poet Laureate Georgina Marie Guardado. Guardado was tasked with reading and picking the collection of stories that will be published in this year’s MPC High School Anthology. Out of the nearly 850 poems submitted, just 62 have be chosen to be published, including works by Talia Harrison ‘22, AJ Jolish ‘21 and Ellie Lerner ‘21.

In a series of articles, the Urban Legend wants to acknowledge the accomplishments of Harrison, Jolish and Lerner, all of whom have found success in their creative endeavors.

Today, I, Maya Campbell, spoke with AJ Jolish about herself, her poetry, and the inspiration behind her award-winning poem, Ode to a Box Filled with Smaller Boxes. The interview has been edited and condensed for clarity.

Can you tell me a little bit about where your poem came from? What was your inspiration behind it?

It’s funny because the poem that actually got the honorable mention was the one I was least enthusiastic about, which shows you that you should always try stuff out. I did it partially because I was in the Intro to Creative Writing class with Amanda, which was awesome. I had just read this poem, an Ode to the Electric Fish that Eat Only the Tails of Other Electric Fish. When I think of an ode, I would not think of something super odd and metaphorical. I was looking around my room and I chose something that is not weird when you don’t think about it, but when you think about it, it’s like, “Oh, if this is a box I have in my room,” but then if someone opened it, there would just be more boxes, because this is my box, box. I put my boxes in there. So I wrote about that.

What does it feel like to be honored in this way?

It’s definitely flattering, especially because I really like writing and I used to do a lot of creative writing when I was younger, but then in high school, I haven’t. It was really nice to actually have something tell me, encourage me specifically, to keep writing.

Where do you think your love for creative writing came from?

I would daydream all the time, makeup stories with a beginning, middle, and end, like, on a road trip. It’s always the best if you’re in a car, you’re looking out the window — that’s when the gears are turning. Then I had a short story assignment in fourth grade. And so I wrote, a story. And everyone was like, “Oh, that’s really good.” I was like,” Okay, now that you told me, it’s really good, I will continue to do it forever. I’ve always loved reading, poetry, and novels and stuff. I really like to create stories and express emotion, especially with poetry that it’s really hard to express in a different medium.

I read a lot in Intro to Creative Writing and thought a lot about how there’s this pressure usually to create art, and then it will just happen, and if you’re a good artist, you will create good art. But how you practice, you need to practice thinking and writing. So I definitely want to push myself to do daily writing.