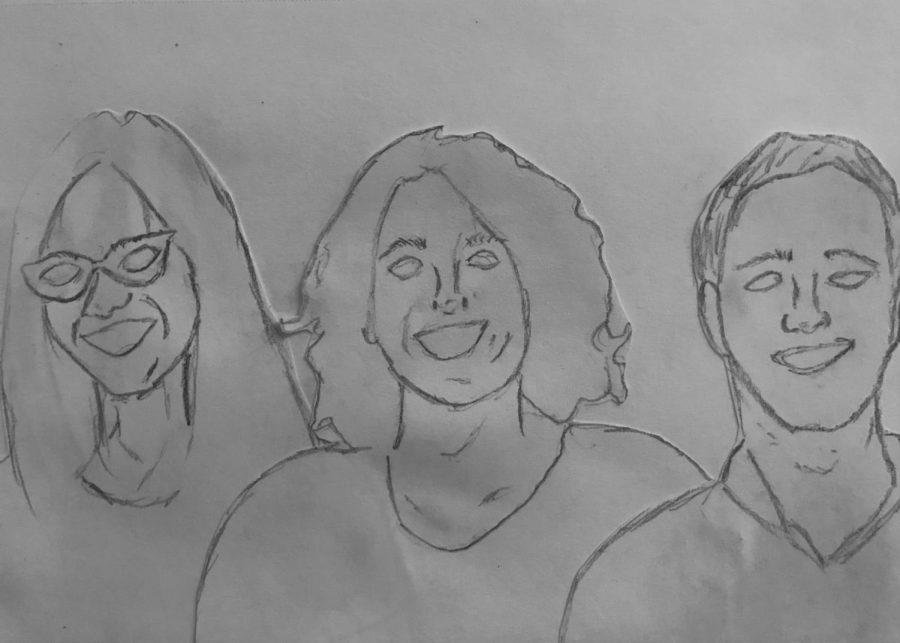 Students have finally returned to the classroom, fewer and fewer extracurricular activities remain in the confines of Zoom, and both students and teachers feel the buzzing energy of a school environment. Urban’s return to in-person school has been a tremendous step in going back to the learning culture that pre-COVID Urban once offered. The return to in-person instruction has prompted Urban teachers to reflect on the virtual classroom setting that they were forced to adjust to over the past year.“[Online school] made me really aware of all the ways that we communicate and interact and show our interest in each other when we’re in person,” said Cathleen Sheehan, English department chair. For many, the last year of online school has been a period of serious disconnect between peers, teachers and knowledge. “The spontaneous and even nonverbal ways that we show we’re attending to each other and responding to each other [are] much harder to read through a screen…everything feels a little clunkier, “ said Sheehan.
“[One of the overarching challenges in virtual school] was how much less information, in general, I had in terms of reading students. I’m kind of shocked at what people do with their legs and how [that] actually matters in knowing how comfortable someone is. I didn’t realize that until I couldn’t see their whole body,” said Rebecca Shapiro, history department chair. Although the chat created another pathway for direct communication between students and teachers, a lack of subconscious body language and side conversations disconnected teachers from their students. “It felt like being a first year teacher again. It felt like it was a totally new job and I had no idea how it’s going to go.”
The weakened ability to pass on and retain knowledge while virtual has been another obstacle. In the science department in particular, teachers have needed to pivot the entire curriculum to a very different teaching model. “We know that students learn science best by doing it themselves and figuring it out for themselves,” said Matthew Casey, science department chair. “Urban’s whole science curriculum is based around labs. On Zoom, we were very limited with equipment, [so] we had to revert to more traditional direct instruction. That’s been really frustrating,” Casey continued. Although the science department came up with a multitude of at-home experiments to do, there were still serious disparities between what could be done at home and in a science lab. “The reason I’ve taught science for so long and the reason I teach science at Urban is because of that hands-on, student centered curriculum where [students are] the ones doing the work in the classroom. We just didn’t have that on Zoom,” he said.
When Urban first welcomed students back into the building in March, only half of the student body was in the building at any given time. Class sizes were halved and teachers taught the same periods twice in one day. “When you get a class that’s too small, like only six or seven students, there’s this sort of awkwardness where students are reluctant to talk with each other or participate. I think in those first weeks, everyone [was] kind of shell shocked,” Casey said. Since the post-Spring break return to 100% capacity, “students are going back to their curious selves,” said Casey.
While the initial excitement and shock of being in-person has been at the forefront of the return to school, this entire process has also allowed teachers to reflect on their teaching practices. “I’m really trying to get myself out of the center,” said Sheehan. “It’s really about students finding their own way into the literature, finding their own voice as writers and readers, finding what interests them and sustains them, and finding some joy in the process.”
“[Virtual school] showed me the value of teaching at a school like Urban,” said Casey. “We’ve got double periods to do long labs, we have the ability to do lots of field trips, we have the financial resources to get fantastic equipment and create really rich and robust lab experiences for students. I wouldn’t want to be at a school where I couldn’t teach science in that way. Teaching over Zoom really showed me how you cannot teach as much material at as much depth without teaching science in that hands-on way.”