Where does Urban’s power come from? 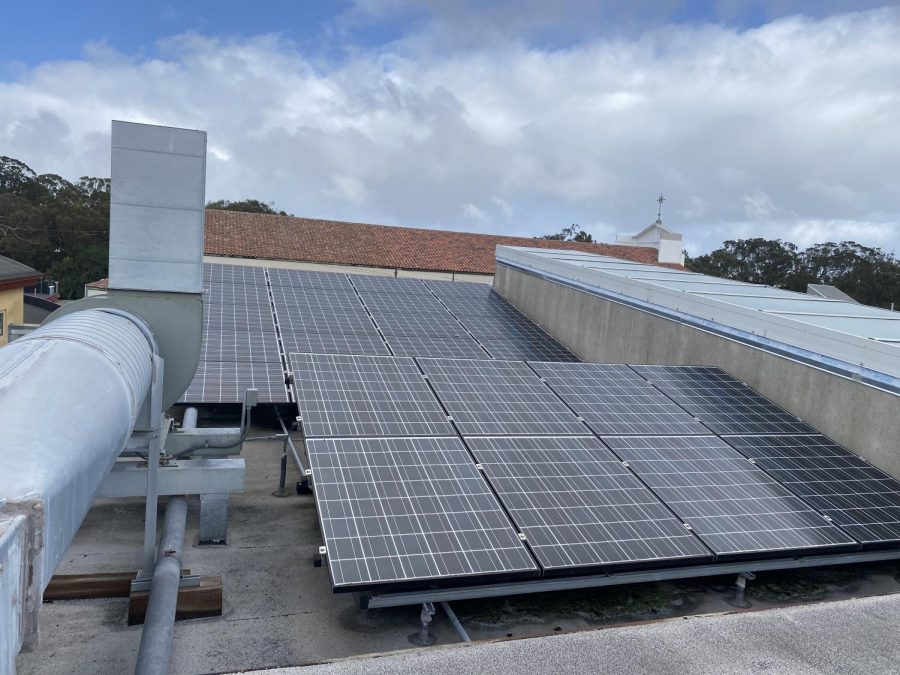 From the posters that line the hallways and bathroom stalls with sustainability tips, to the four available classes that address environmental issues, Urban is an environmental activism hotspot. However, how many of these strong values are reflected in Urban’s environmental footprint and energy usage?
“I think we do a lot well and I think there’s always room for improvement,” said Samantha Littlejohn, Urban science teacher and leader of Green Team. “I know the school really looks at its practices.” One of these practices is the schoolwide replacement of regular light bulbs for LED light bulbs. LED light bulbs can last up to 25 times longer than traditional elight bulbs and use up to 90% less energy. Over 800 of the school’s light bulbs have been changed out for LED, according to Urban Facilities Director David Coffman.
Urban’s electrical energy comes from the PG&E power grid. However, Urban used to have active solar panels. “The solar panels haven’t been in use for about over a year now,” said Coffman, “It was an old system that never really worked properly.” “We tried to get it fixed but most of the companies said they wouldn’t touch it because it was so out of date and wouldn’t be worth it,” said Coffman. The small solar panel system was initially installed in 2005 on the roof of the old building and only supplied power to a small section of the building. “At the time when it was first installed I’m sure it was state of the art but it should have been upgraded a few years later because the cells they had up there didn’t generate a lot of electricity,” said Coffman.
Despite the solar panels not currently being in use, Urban does have plans to implement more solar power into the school’s energy usage. “We are set up for future solar,” said Coffman. “We built two of the roofs up to handle solar panels and ran new conduit for future solar panels.”
“We have the infrastructure, we just have to actually buy the panels,” said Littlejohn. However, implementing solar panels is a pretty pricey endeavor. “We just spent millions of dollars getting [these] new roof[s] and new equipment which was very outdated and inefficient,” said Coffman. Due to the money spent on this new system, Coffman believes solar panels will not be implemented this year.
When asked what goals she had for the Urban community when trying to improve our environmental practices, Littlejohn said, “to be really intentional about where we are getting our energy … San Francisco has some really neat programs around clean energy. [For example] there’s a Super Green power program. It is more expensive but it is a more sustainable power program.” There are many different programs and ways to make our energy sources more sustainable. “We should be thinking about investigating those programs and if we should be investing in them as a school because we are a community that cares about climate and environmental sustainability,” said Littlejohn.