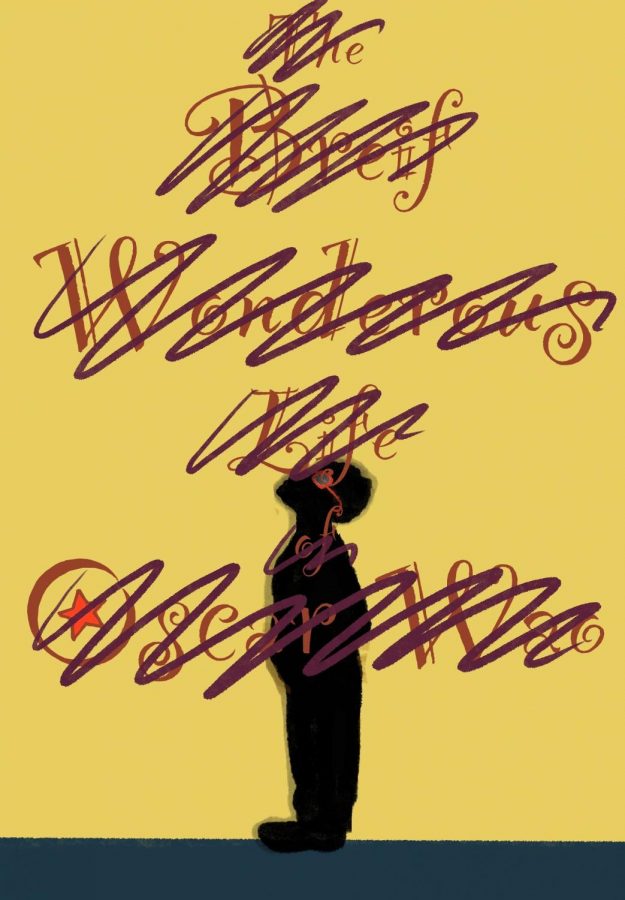 While the due date for final essays on Toni Morrison’s “Beloved” grew near, students of the Modern American Literature class debated whether or not to read the next assigned book: Junot Díaz’s “A Brief Wondrous Life of Oscar Wao.” The controversy arose from the allegations of sexual assault against Díaz beginning in 2018.

In May of 2018, Zinzi Clemmons, author of “What We Lose,” attended a writing festival in Australia where Díaz was a panelist. In attendance, Clemmons asked Díaz about his recent autobiographical piece published in The New Yorker where he revealed the trauma he’s lived with since being raped at the age of eight. In the same question, Clemmons shared something more personal. She specifically asked Díaz how he could have assaulted her in 2012 after his own experience with sexual assault. Clemmons later clarified on Twitter what her question was referencing. “As a grad student, I invited Junot Díaz to speak to a workshop on issues of representation in literature,” she wrote. “I was an unknown wide-eyed 26-year-old, and he used it as an opportunity to corner and forcibly kiss me.”

Clemmons’ post coincided with the #MeToo movement, which led to more stories that called Díaz’s past into question. Monica Byrne, a playwright and science fiction author, also shared an encounter with Díaz. While at a dinner party, the two got into a disagreement about the hardships that women in publishing face. Following frustration that stemmed from the argument, Díaz was said to have yelled “rape” in her face. In response, Byrne tweeted a message saying his actions were “virulent misogyny.”

“I made the mistake of asking him [Díaz] a question about his protagonist’s unhealthy, pathological relationship with women,” said a tweet by Carmen Maria Machado, 2021 Folio Prize winner. “He went off for me for twenty minutes.”

In 2019, Urban faced a similar dilemma which forced the English department to rethink the decision to teach books by Junot Díaz. During the Winter term, the English 2A core curriculum saw the removal of two short stories, “Drown” and “How to Date a Brown Girl (Black Girl, White Girl, or Halfie)” by Junot Díaz. The decision followed student requests and conversations about how the author’s actions could be reflected in the texts they were reading. “It became really difficult to just read the literature [and] engage with the literature,” said Cathleen Sheehan, English department chair.

However, work by Díaz outside of the English 2A curriculum remained in place. This is due to the difference in the handling of upper-division electives, which give teachers much more freedom over what they teach and how they teach it. “The Brief Wondrous Life” was included in an attempt to encourage a discussion about masculinity, as the book challenges perceptions of “machismo in Spanish and Dominican cultures,” said Julian Morris, an English teacher who teaches Modern American Literature. Despite this goal, some students felt hesitant to read “The Brief Wondrous Life of Oscar Wao” and Morris questioned teaching it. The book uses very harsh and direct language when talking about issues regarding race and gender. “The profuse misogyny,…author’s behavior, [and] just content-wise, the book’s really difficult,” said Morris. “I was, in preparation, listening to the audiobook, and [it] had Lin-Manuel Miranda, saying the N-word every other page, and that [was] uncomfortable for me.”

“I think it should be a conversation between the teachers and the students. We didn’t get that conversation until we were already in it,” said Alex Thaler ‘23. “It was very clear that the students in at least my class, and I know in a lot of other classes weren’t comfortable with [reading] it. And that was a main factor in the decision to not read it…just the comfortability of the students.”

Though reading the book may be uncomfortable, there was debate as to whether taking the book out completely was in the best interest of everyone in the class. Although students were able to share their feelings about reading the book in class, in order to pull the book from the curriculum, further discussion amongst the three teachers, Julian Morris, Lingerr Senghor and Ben Slater, teaching Modern American Literature was necessary.

One challenge the English department has faced in selecting a material is finding a balance between what is uncomfortable and what needs greater attention. “In the context of teaching, we’re always really deliberate and thoughtful of how we choose the books…[yet] there’s this kind of ugly history…of authors actually being accused falsely and being kind of pulled out of the curriculum,” said Sheehan. “There’s always this question of, how much does it matter? I think I personally tend to bring in personal background information when I feel like it’s affirming. And that doesn’t mean I’m ignoring sort of what’s tricky.” The balance between acknowledging controversies that impact the reading and providing space for a wide range of authors has proven challenging.

“It was very collective, we were very ebbing and flowing [in] terms of how we were feeling. You know, one teacher felt one way and then the next day another teacher the other way, and vice versa,” said Morris. “There was a lot of swaying but I think just that oscillation was uncomfortable.” Morris’ initial instinct was to omit the reading from the curriculum, but he still questioned the merits of the process by which the novel would be pulled. “I think [the decision to drop The Brief Wondrous Life of Oscar Wao was] unprecedented in that we’re basically making an internal decision very externally.”

The choice to drop the book begs the question of what precedent this decision might set for years to come. Sheehan said, “I do think, you know, we have a hard time with ambivalence right now. So on the one hand, I think we’re a department that’s really responsive to students. But also, we’re not opposed to challenging you all in some ways.”