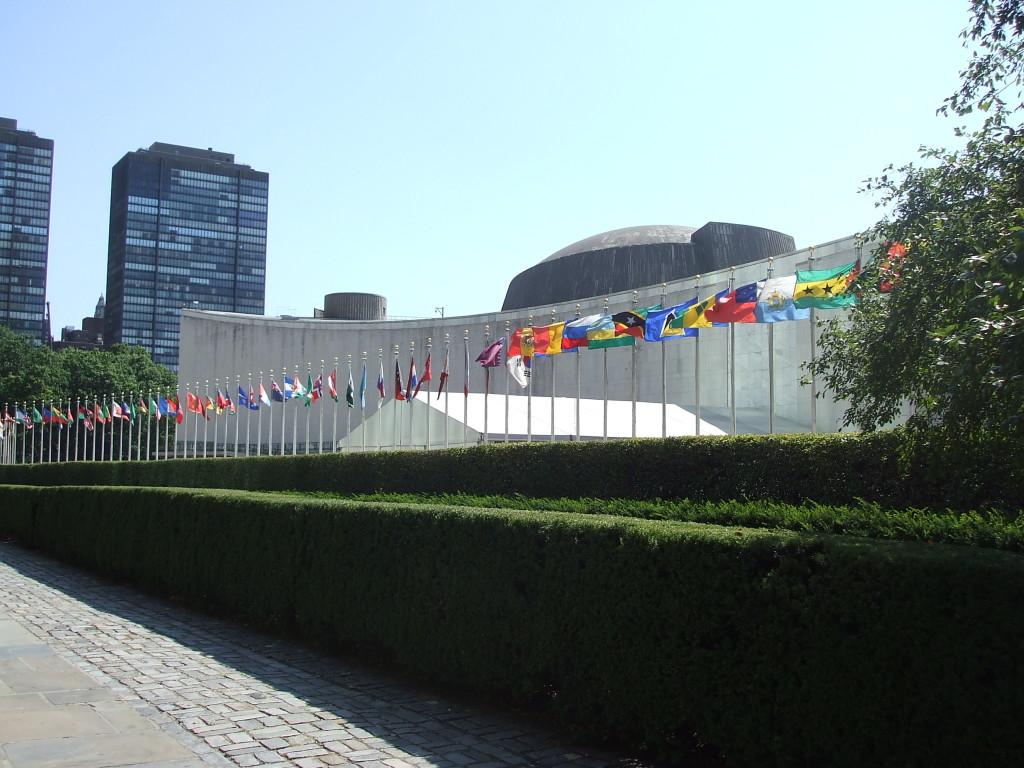 It’s criticized around the world. People say that it is ineffective and outmoded; the U.S. government says it is corrupt and not deserving of financial support without steps toward reform.

Yet the United Nations is finding support from a most unusual source: students.

The USA-MUN website asserts that there are now over 400,000 Model U.N. participants in middle school, high school and college. There are also more than 400 student conferences per year that take place in 35 countries.

At the same time, 51% of Americans between the ages of 18-29 approve of the job that the United Nations is conducting. With popularity and support of the U.N. and Model U.N. coming from the younger generation, this approval could be the hope for a better future for the United Nations, a body based on a reliance on participation and cooperation.

This popularity is evident at Urban; here students are involved in Model U.N. as well as the United Nations itself. Anneli Eddy (’10) and August Fischer (’10) interned from March 5-20, with International Educational Development (IED) Inc., a Non-Governmental Organization, that works with the U.N. Human Rights Council in Geneva, Switzerland.

Cassiel Chadwick (’12), who takes part in the League of Creative Minds, which is an afterschool Model UN class, is currently in Dartmouth as a representative on the International Court of Justice for a Model U.N. conference.

Urban also has a Model U.N. club that meets once a week. Ten of these members went to UC Berkeley for a Model U.N. conference on March 5 to March 7. Hannah Gorman (‘12), who participated in the conference, described how she “helped create a really great resolution on eradicating poverty in landlocked countries.”

The reality of the United Nations

Yet, students who have participated in Model U.N. or visited the U.N. are sometimes disappointed by its inner workings.

Fischer agreed. “Being there made me wonder how the United Nations gets anything done — everyone gets defensive when accused of anything.”

Through Model U.N. conferences, Gorman also experienced the ability of international politics to bog down progress. For her to get a resolution passed, she described that there was “last minute emailing and political wrangling, but eventually we passed the resolution.”

These heated political discourses reaffirm the need for a place such as the U.N. They demonstrate the continuing need for solutions to problems for which the U.N. was founded to resolve. The United Nations was founded in San Francisco on June 26, 1945 to, according to its charter, “save succeeding generations from the scourge of war … reaffirm faith in fundamental human rights … (and) employ international machinery for the promotion of the economic and social advancement of all people.”

The difficulties facing the United Nations

These days, fulfilling that mission is especially difficult. Currently, the United Nations is maintaining 15 peacekeeping operations, including 85,044 peacekeeping troops.

The United Nations has also created many humanitarian aid organizations such as the U.N. World Food Programme, which provided food for 102.1 million people in 78 countries last year.

Despite such accomplishments, the United Nations continues to spark controversy. After the Bush administration tried and failed to get support from the United Nations to invade Iraq, the U.S. invaded anyway. The Bush administration withheld its share of U.N. funding for the UN Population Fund (UNFPA) for seven years, as the UN News Centre wrote, but President Obama, who has stressed his commitment to diplomacy, restored the funding on January 23, 2009.

The Security Council also draws fire. Only 15 countries are members of the Security Council, including five permanent members: the United States, China, Russian Federation, France and the United Kingdom. A veto by just one of these countries will stop any proposal. The arrangement parallels the division of power after World War II, but even Model U.N. students say that it is outmoded.

“Members of the security council represent a time gone by,” said Chadwick. Unfortunately, “almost nothing can be done without Security Council authorization so reform is (nearly) impossible, unless the large majority of the general assembly can agree on a matter.”

The role of the United Nations in our world

Still, giving up on the U.N. would leave the world without any main international diplomatic body, students say.

“At the end of the day, it is still the U.N. (and) it is still a gathering of countries for, ideally, dialogue,” says Fischer.

Chadwick goes further: “The U.N. is an “absolutely critical core of international debate,” he said. “Without the United Nations, there is no doubt that many things would fall into chaos.”