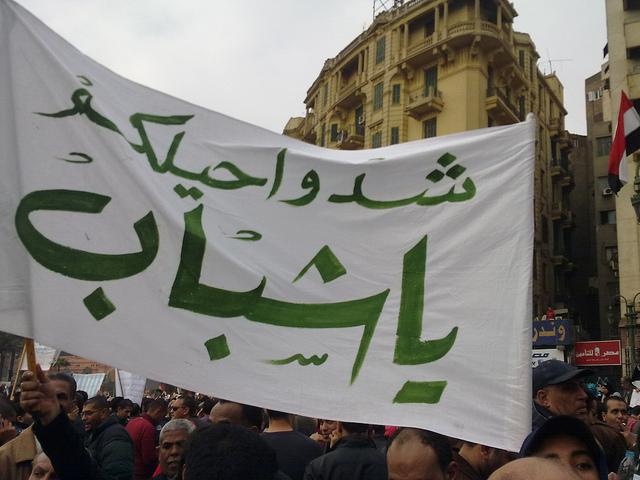 For days now, Urban students and teachers have watched Egypt, wondering how the mass protests would end.

Egypt’s President Hosni Mubarak finally stepped down on Feb. 11, giving the military control of the country, according to The New York Times. Upon hearing of his resignation, “(t)ens of thousands who had bowed down for evening prayers leapt to their feet, bouncing and dancing in joy,” reported The New York Times.

Mubarak’s resignation came after a Feb. 10 address in which he said, “I will hold steadfast to continue to take on my responsibility to protect the constitution and the rights of people until power is transferred to whomever the people choose during September.”

In a Feb. 10 forum at Urban, Clarke Weatherspoon, a history teacher who used to live in Egypt, talked about the roots of the uprising. He mentioned the video of Asmaa Mahfouz, an Egyptian activist, who helped inspire people to protest in Tahrir Square beginning on Jan. 25.

Weatherspoon said that Mafouz asked them to come out and “demand their country.”

Yet, “I do not want what happened in Iran to happen to Egypt” said Weatherspoon, in a reference to the 1979 revolution in Iran, in which an oppressive theocracy replaced an oppressive monarchy, deepening the lack of personal and political freedom.

“You take away this guy (Mubarak), and then what?” asked Weatherspoon.

President Barack Obama addressed this question in a speech in the Grand Foyer at the White House on Feb. 11. “Egypt will never be the same,” Obama said, “but this is not the end of Egypt’s transition, it’s a beginning. I am sure there will be difficult days ahead and many questions remain unanswered, but I am confident the people of Egypt can find the answers and do so peacefully.”

“Nothing less than genuine democracy will take the day,” said Obama.

At present the military holds power in Egypt, but it is still unknown what shape the next government in Egypt will take.

Urban students appeared to agree. “Democratic change should be fostered no matter the views of the people who want it,” said Virgil Taylor (’11).