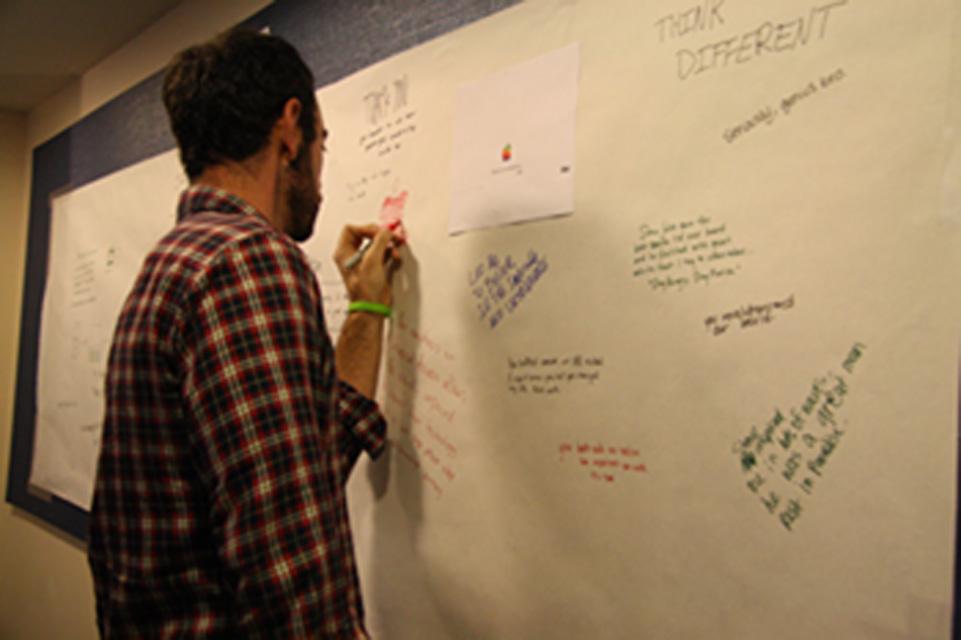 “He is considered by many to be on par with DaVinci, Einstein, and Edison. There’s lots of folks that see (Jobs) as a genius and a true innovator,” said David Bill, director of technology at The Urban School.

In response to the tragedy, Bill hung a large piece of paper in an Urban hallway and invited students and faculty alike to commemorate Jobs in whatever way they desired. Students and staff added more than two dozen drawings of iPhones and MacBooks as well as quotes. “”Steve Jobs has shown me and the rest of the world one of the finest examples of faith, desire, persistence, and love,” one student wrote.

Bill views the reaction of the community as an indication of how Jobs’ work has changed society. “I wanted to honor him today because … we can do more as a collective, as a community, with these devices than without.”

Jobs’ health has been declining since 2004, when he was diagnosed and treated for pancreatic cancer. In a 2009 presentation, Jobs alluded to his liver transplant, one of the only times he mentioned his health publicly.

“He was a visionary for my generation. I grew up with his products,” said Griffin O’Connor (’15). “(Hearing of Jobs’ death) was definitely a sad moment.”

Jacob Ball (’14), commented that Jobs “made technology so much simpler and more available to the average person.”