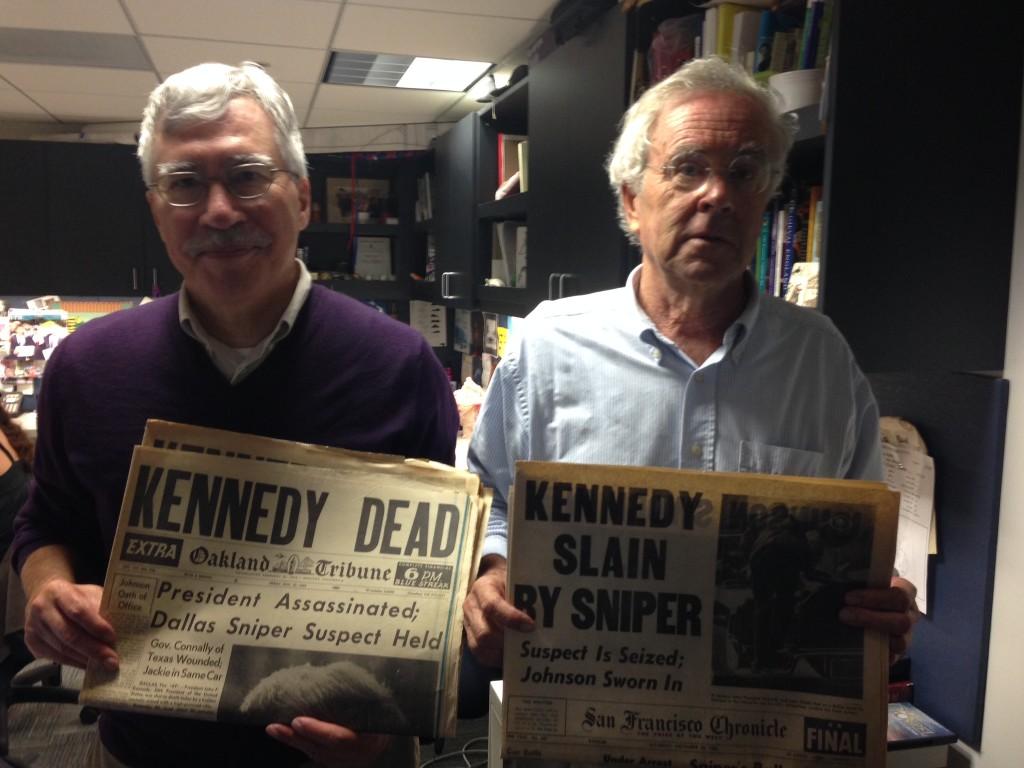 It is a day that lives in the nation’s memory: This Friday, Nov. 22, will mark the 50th anniversary of the John F. Kennedy’s assassination by Lee Harvey Oswald in Dallas.

It was a monumental moment in United States history. Not only did the Kennedy Assassination spark countless conspiracy theories — for a brief moment, it united and crushed the nation.

“When (the Kennedy Assassination) happened there was really a sense that something had changed in a really dramatic way. It was so out of nowhere and it tore at (our nation’s) political fabric,” said Dan Murphy, Urban history teacher, who hosted an Oct. 21 discussion at Urban on the assassination for approximately 50 people.

Whether Oswald acted alone or not, the JFK assassination will still be on the minds of Urban students during its anniversary.

“JFK tried to serve his citizens and provide them with the best aspects of freedom and in return he was murdered,” said Karan Desai (’15).

To see how the JFK assassination is being marked, click on the fallowing links:

Memories of the JFK assassination on CNN