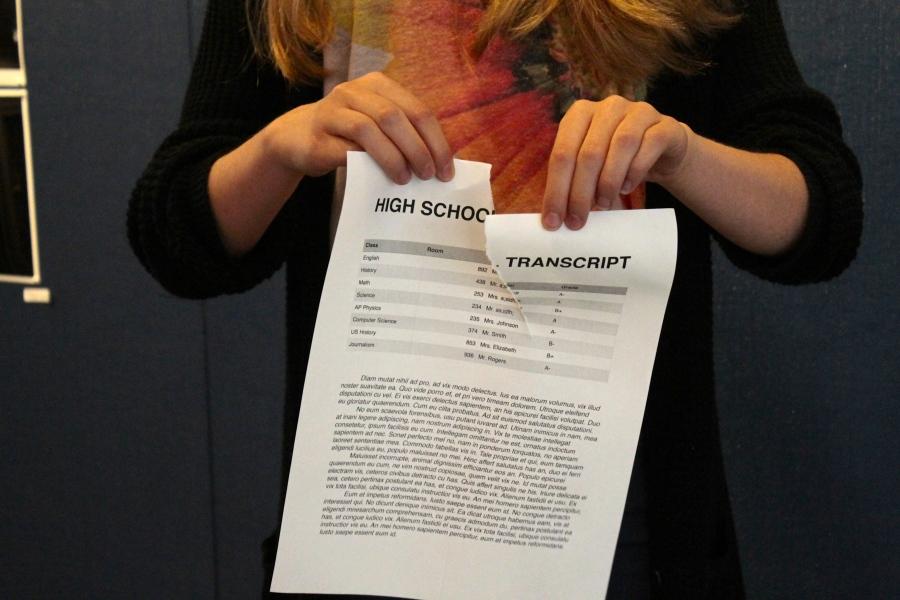 Students who choose to use the new video app will not have to send in transcripts or test scores.

What would you say if you had two minutes to determine your college acceptance? Goucher College, a private liberal arts school in Baltimore, MD, has recently released a new video application as an alternative to the more conventional options. The video app is just one of three options at Goucher, alongside the Common Application and the Universal College Application, which are still accepted. Goucher has been test-optional since 2007. With a legacy of innovation in education, Goucher is now stepping up its game with the new Goucher video application.

For students that submit the video application, neither a transcript nor standardized test scores will be required. The only additional materials to be submitted with the two-minute video are the digital application, a $55 application fee, a signed statement of academic integrity, and two works from high school, including a graded writing assignment.

Goucher’s president, José Antonio Bowen states in an interview the school’s website that “stress lowers performance. It’s not the best way to get the most of people.” Bowen clearly recognizes the flaws in the college application process. His reasoning for the video app is that “higher education should be about potential and not about privilege,” which seems to be the current center of college admissions. Goucher’s website adds that the traditional application process “does not showcase everyone’s true talents and abilities.”

But is it possible that the video app has flaws of its own? Urban’s college counselors, Susan Lee and Lauren Gersick, had a lot to say on the subject. “I think that a video would be a great replacement for a college essay or for an interview or something like that, but I do think that the transcript is very important,” says Lee. While Goucher is concerned that transcripts unjustly define students by numbers and grades, Lee points out that “the transcript really gives a lot of information and it doesn’t come down to just a GPA. It really tells a story about your high school experience.”

Urban seniors who are just jumping into the middle of the college application process offered their critique of Goucher’s new option. While Madeline Murnane (‘15) dislikes that the format of the video app makes students “conform to a certain kind of artistic expression,” she appreciates that the video app is one of three options at Goucher. Murnane points out that “when you point out all the downfalls [in the video app] you actually relate it more or less to what the [conventional] application process is.” Out of 33 seniors who completed a survey regarding the video app, only two expressed definite interest in applying with a video. Additionally, 27 percent of seniors indicated that they would absolutely not consider submitting a video of their own. The survey shows that the main issues that Urban students see with the video app include the fact that a two-minute video is not enough to determine one’s college acceptance and that the video app disregards a student’s high school performance and progress.

However, for some students, the Goucher video app may be the ideal option. Lee predicts that “the students that might not have been very successful in high school would be more likely to use the video.” Gersick agrees and adds that “it gives students a sense of anything is possible, so it keeps students engaged.” Among the benefits that Urban students have pointed out in the school-wide survey are the opportunity for creativity and the acknowledgement of the fact that students are not defined by grades and numbers.

When asked about her predictions on the future of the video app, Gersick said that she doesn’t think other “schools are necessarily going to jump on this bandwagon.” Additionally, 83 percent of Urban students who participated in the survey commented that they do not see the video app being adopted by other colleges. However, if the video app works out at Goucher, it may spread to other college applications as a supplement to the typical requirements. Whether or not the video app turns out to be a success, it certainly “draws attention to Goucher…which is a benefit for the institution,” says Gersick. Lee adds that she believes this publicity will “increase their applications, which is something that colleges want.” Ultimately, the future of the video app lies in the hands of the high schoolers.