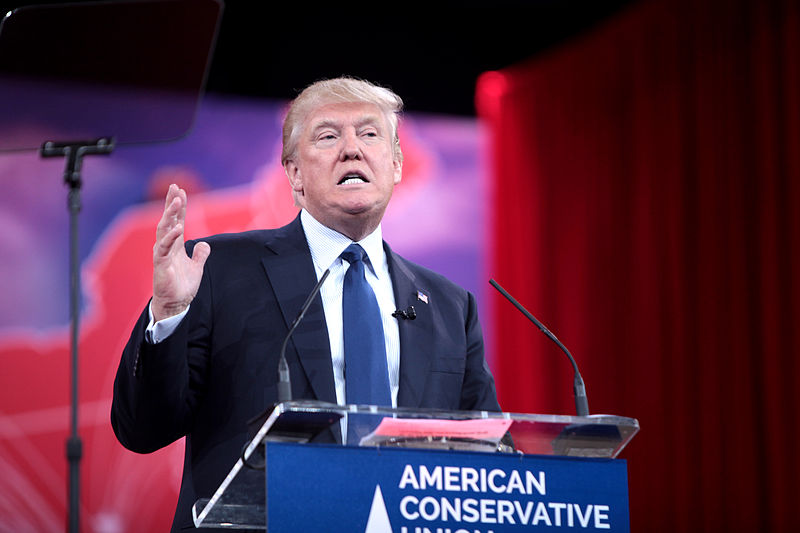 In the final week of January, anticipation for the Iowa caucuses, sparked discussions about the top candidates. For the more liberal voters, there was considerable support for Senator and Democratic candidate, Bernie Sanders. Alex Taschetta (‘19),supporter of Bernie Sanders, said that he admired the Senator’s “views on education”, as did several other students. “As a person, I think he’s pretty genuine. He seems to be the most fair and open minded of the candidates,” said technical support specialist and webmaster Seth Snyder.

When asked the question: “Who do you want to win the presidential primaries?” many students responded with a quick “Bernie.” However, there was support for former Secretary of State, Hillary Clinton as well.

“There are a lot of people saying that if Bernie was president he wouldn’t be able to get anything done. I guess I’d support Hillary because she gets things done.[For the republican nomination I’d want] Donald Trump because if it was Ted Cruz he actually has a … campaign whereas Trump would get shattered,” said Lucas Lepinard (‘17). While some students were confident in choosing a candidate, some felt less certain.

“My position is a bit complicated. I want Bernie to win because I think his crusade against income inequality is really what America needs right now, since if successful it would reduce the influence of big money in politics and allow us to move forward on issues like climate change,” said Simon Katzer (‘16).  “At the same time, I concede that Hillary’s policy is more well-rounded than Bernie’s in that she has a comprehensive plan to deal with all issues, and not just income inequality.  She’s also the better debater, and as much as Republicans dislike her, I think she’d fare better in the general election.  Still, due to her relatively hawkish foreign policy and history of changing her views to match public opinion, I’ll be voting for Bernie.”

In anticipation of the Republican primaries, Ian Shapiro (‘17) said, “I support Rand Paul because I consider myself a libertarian. I like his position on the war on drugs and on the federal reserve. I also like that he’s a breath of fresh air and isn’t a typical republican candidate.”

On February 1, 2016, the first results of the presidential primaries were announced:

As a result of the Iowa Caucus, Kentucky Senator Rand Paul, former Arkansas Gov. Mike Huckabee, and former Senator for Pennsylvania Rick Santorum dropped out of the presidential race.

“I was really sad [when Paul dropped out] because he was the only hope for America. I also knew that he wouldn’t win because there isn’t a large enough base for a libertarian president. I’m reluctant to vote for a freshman senator. Basically, I’d want a governor… I would not vote for Ted Cruz or Donald Trump,” said Shapiro.

Colin Heath (‘17) shared similar sentiments about Paul dropping out, stating that ultimately he would rather vote for “the Republican candidate.”

“I’d rather have [a republican] than a democrat win. If the nominee was Donald Trump I would vote for him. Having Trump as president would have a negative effect on international relations, but it’s not the end of the world. I would rather have a president that improves our country and of whom other countries don’t approve of, than a popular president who doesn’t get anything done,” said Heath.

On February 9, the New Hampshire primaries were released: Trump won the states with 35.3% of the vote and received ten delegates, while Kasich received four, and Cruz, Bush, and Rubio each received three. Sanders won his home state with 60.4% of the vote, receiving 15 delegates while Clinton won nine.

Trump’s victory brought up conversation: “I don’t want Trump to be a candidate and that’s pretty final.  It was funny at first, but now it’s scary real. I think Hillary has a really big chance but I still want Bernie,” said Jake May (‘19).

“I wasn’t surprised that either Ted Cruz or Donald Trump won, I think it’s kind of funny because I don’t take Trump very seriously,” said Snyder. “I’m frankly kind of flabbergasted that he’s even in the presidential running still because he has zero political experience. That being said, I really don’t think Trump will win the nomination, because it doesn’t matter if he wins the popular vote since he won’t be able to win the superdelegate vote. He’s really only still in it because he can out-market his competitors. It’s always a little bit worrying to see someone as thick headed and offensive as him come this far…but I’m not too worried.”

On February 20, Trump won 32.5% percent of South Carolina’s votes, winning all of the states 50 delegates. Clinton received 52.6% of the vote in Nevada to get 20 delegates and Bernie 15.

As the primaries continue, support will inevitably shift as candidates continue to drop out of the race. Eyes are closely watching the competition  between Clinton and Sanders, and the Republican race has proven to be a surprising battle.