Students at the Urban School of San Francisco walk out 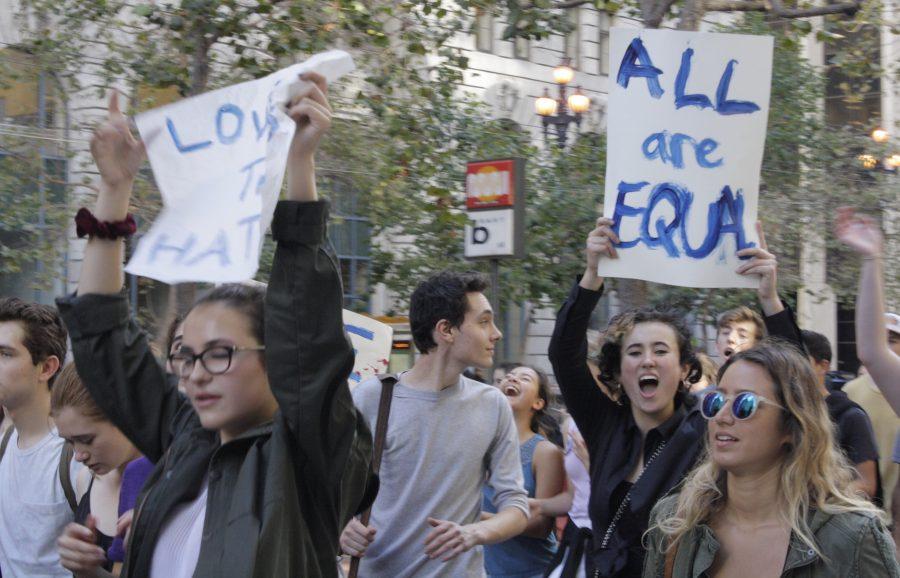 “At 12:45 p.m. today, 159 of our 417 Urban students organized a walk-out and march down Market Street to the Ferry Plaza to express how disturbed they were by the outcome of the presidential election. The school sent 7 faculty members along with the students to help ensure their safety. While the school did not organize this walk-out, we believe in giving our students the opportunity to express their point of view publicly — and to act on their beliefs. At Urban, we teach students civic engagement and political action — and today’s walk-out and march is an example of that.”