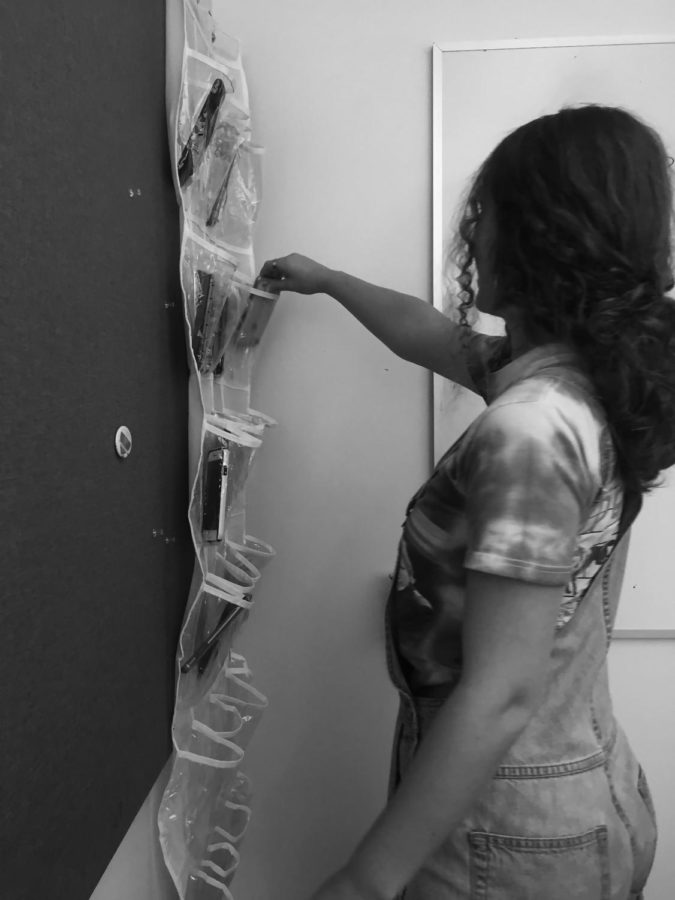 Entering the 2018 school year, Urban students were surprised to find a new rule put in place surrounding their phones. After being introduced last year by Health Education teachers Jenn Epstein and Shafia Zaloom in their classes, students returned this fall to see shoe holders hanging on the walls of every Urban classroom. The repurposed shoe pockets are a place for students to put their phones before class. Mandatory in freshman and sophomore classes and optional in most junior and senior classes, students and faculty have a variety of opinions surrounding the new rule.

Geoff Ruth, Urban’s Academic Dean, said that cell phones in class are “distracting even if [students] have it on silent because the constant buzzing interrupts [their] thinking process… then it takes another couple seconds to refocus, and you multiply that by 100.”

“I’m not delusional, [I do not think] this is a cure-all… it’s not gonna solve the epidemic of this anxiety and stress,” Ruth said. When asked if he thinks it hinders the trust between students and teachers, Ruth said “[while] Urban students [approach] relationships from the perspective of mutual respect and trust, their responsibilities and expectations, both with technology and beyond, are inherently different; usually not in the students’ favor.”

Stacie Muñoz, Urban’s Director of Educational Technology, reinforced Ruth’s comments, saying “[It’s less of a] punishment, [and] more of [a] ‘lets all respect each other’s time’ … I think to the 9th and 10th graders, they’re fine. With the older kids [I want them] to recognize that we’re trying to set up good habits for the school, and we’re trying to really encourage people to be present.”

Health Education teacher Shafia Zaloom said she first introduced the phone holders “as a part of [her] ongoing research and understanding about teenage human developments,” because MRI scans have proven that when phones are not on our bodies but within a 2 foot radius, “parts of our brains [are] actually focused on the phone and not on what we’re trying to do.”

Kelsey Puknys ‘19 is part of the Curriculum Committee sub-committee, which influenced the decision. “As a freshman, I experienced [people on their phones,] and I thought it took away from the learning experience,” Puknys said. She added that she agrees it is less necessary for upperclassmen because in her opinion, “seniors are on their phones less by nature because they have to do well and pay attention.”

Emilia Caya-Blonkenfeld ‘21 said that “on [the] one hand it’s very helpful, [but] we also have computers [so it] doesn’t necessarily fix the problem.” She added that to her, it “just kind of feels tedious to put your phone in and every time end up forgetting [it].”

Kahlo Chen-Cerenio ‘22 is in favor of the phone holders, saying it helps him focus because “Sometimes when my phone buzzes in my pocket, I get distracted and think about it [instead of class].”

Despite the relatively positive feedback from teachers and underclassmen, Urban has faced backlash from juniors and seniors who aren’t used to the new rule.

Caroline Sloan ‘20 hinted at the disrespect some students believe the new rule implies, and said, “I think we’re old enough to use our phones the way we want to, and we’re responsible. I feel like we’re treated like elementary schoolers.”

Angus Schmitz ‘19 echoed Sloan’s comments about the phone holders, saying “I think they’re really dumb… I feel like that’s just like a violation of trust.”

Ben Galloway ‘20 said that the phone holders don’t help him to focus because all he ends up doing is “[staring] at the back of it [his phone] and [thinking] about what’s on the front of it.”

Galloway’s claims are another reason Urban implemented the new rule. The faculty is trying to combat the stress that comes along with not having your phone, in addition to promoting a focused learning environment. Zaloom said, “I [say] this as a parent [and a teacher]; you’re actually going to be okay without your phone and that your self-esteem and your resilience to navigate the world should come from within— not from a device.” 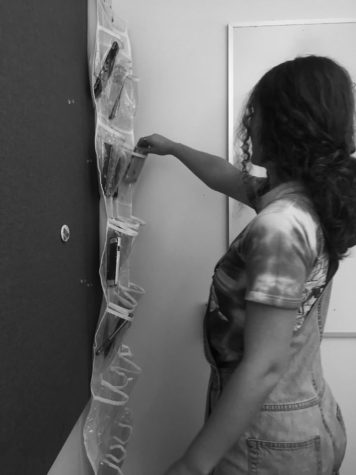