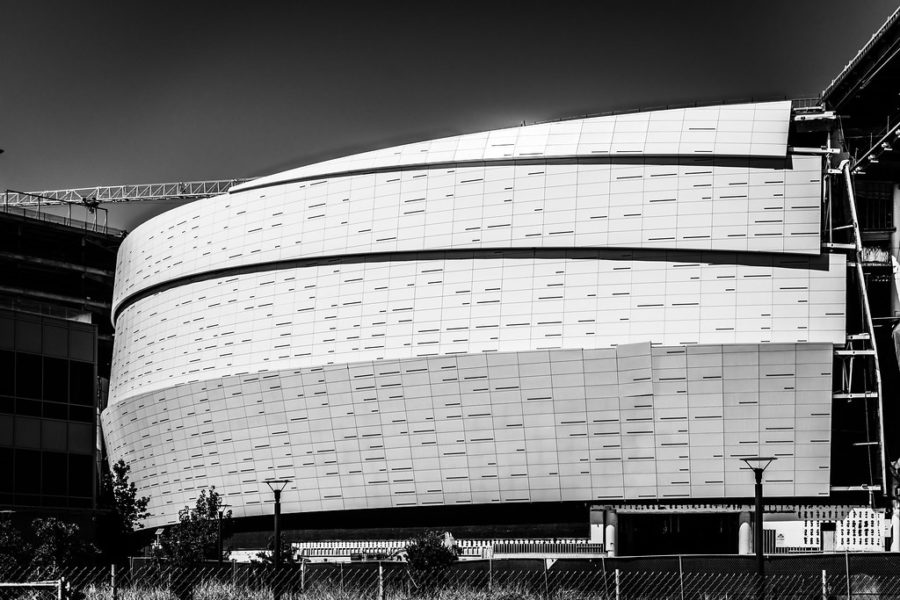 The new Warriors stadium, Chase Center, under construction on September 21, 2018

On September 15, 2015, the owners of the NBA’s Golden State Warriors announced plans to build their dream arena, which will be situated in San Francisco, across the bay from their current home in Oakland, CA. About a year-and-a-half later, Oakland-based NFL team the Raiders announced plans to move to Las Vegas by 2020. Two out of the Oakland’s three major sports teams are leaving, with only the Major League Baseball team, the Oakland Athletics, remaining, and residents from both San Francisco and Oakland have conflicting opinions.

Zach Walsh ‘21, a Warriors fan with season tickets, is happy about the team’s move to San Francisco because “they’re going to be closer to [his] house,” making games easier to get to. This is a plus for some San Franciscan fans of the Warriors, but according to The Mercury News, Oakland fans are angry about the Warriors’ betrayal and other previously nonexistent hassles that exist because of the new stadium. More so, after years of losing, the Warriors improved by winning three championships and promptly left Oakland and their dedicated fans there.

San Franciscans also have concerns about the new stadium, most of them about traffic and more people coming to the city for games. Walsh talked about how the stadium is next to the UCSF Benioff Children’s Hospital, causing worries from the community that “ambulances going to the hospital will be much less efficient.” This has been a major cause of conversation since the announcement of the stadium, even prompting a group of UCSF donors to fight the stadium in court.

With upset fans from both sides of the bay, the Warriors are preparing to make the move to San Francisco. Their brand new one billion dollar Chase Center will be opening for the 2019-2020 season, ending the era of Oracle Arena.