Achieving press but not progress: Governor Newsom’s moratorium on the death penalty 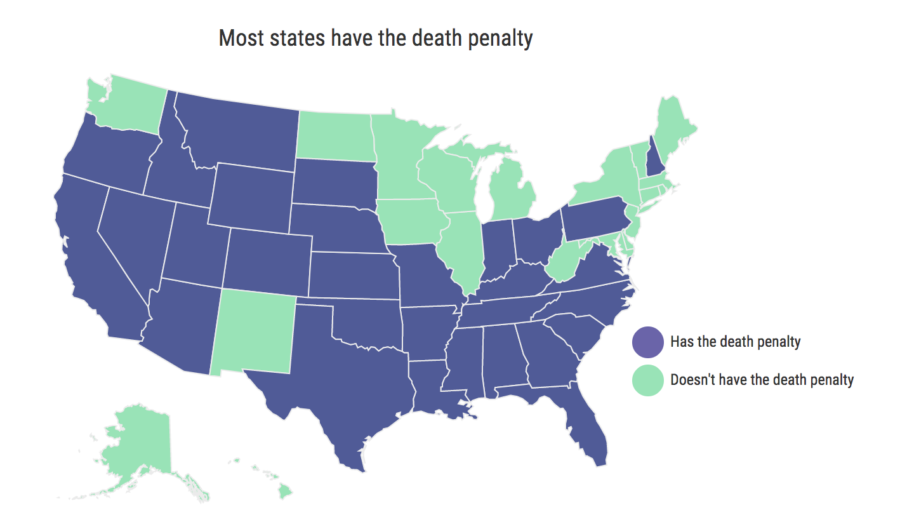 On Wednesday, March 13, 2019, Gavin Newsom, Governor of California, announced a moratorium on the death penalty, temporarily pardoning 737 inmates on death row. While this suspension remains unprecedented, not everyone knows how much of an effect it will have on the criminal justice system. However, despite the lack of concrete change that the moratorium may result in, it has still received a great deal of press.

“There’s been a lot of coverage on Gavin Newsom’s moratorium around the death penalty, which has its limits because it will only stay a moratorium until he is out of power. So it’s not any kind of formal ending to the practice,” Courtney Rein, English Department Chair and teacher of the new class, Voices of Incarceration, said. “My issue with all of the fanfare and all of the accolades that Gavin Newsom is getting is that getting rid of the death penalty isn’t actually getting rid of death sentences.” Rein said.

Robert Weisberg, Professor of Law and Co-Director of the Stanford Criminal Justice Center, explained how the moratorium fits into a larger national story of capital punishment: “No one’s been executed [in California] for about 13 years, he said. “I think Newsom’s action on the death penalty won’t so much have a direct effect on criminal justice. Again, it really doesn’t apply very widely, but it’s kind of a symbolic statement that [says] it’s time to rethink the tough-on-crime principles,” Weisberg said.

While the moratorium has been receiving a lot of press and praise, it remains uncertain how much the change in policy will actually impact the system of capital punishment and mass incarceration, which are both key parts of the criminal justice system. With the recent acclaim of books like “The New Jim Crow” by Michelle Alexander and “Just Mercy” by Bryan Stevenson as well as the documentary “13th” by Ava DuVernay, the American public, now more than ever, scrutinizes its incarceration system more intensely. According to the New York Times, Newsom wants to start a trend of unraveling America’s strong relationship with the death penalty. However, not all are convinced that Newsom’s moratorium was as radical as it was made out to be. Alison Hardy, Senior Staff Attorney at the Prison Law Office said, “Newsom’s… moratorium on the death penalty is fairly politically safe…What Newsom has been doing at the same time, which I find very troubling, is that there are people who are serving life sentences in the prisons who are considered for parole…, [and] Newsom has been reversing those decisions in a much larger proportion than the previous governor, Governor Brown. So I think that while on paper he’s willing to go out on a limb and say ‘ok we’re not going to kill anybody’ he is also making a very politically conservative approach to keeping people in prison,” she said.

Another one of the more popular arguments protesting the death penalty is the enormous cost that it takes to uphold. According to the New York Times, “One study, in 2011, found that California pays $184 million a year to sustain capital punishment — or close to an accumulated $5 billion since the practice was reinstituted in 1978.”

However, the cost is not the most important factor of the anti-capital punishment argument for everyone. Law Fellow at the Equal Justice Initiative, Daniel Loehr said, “People are willing to pay a lot of money to do horrible things… I think that there are much better reasons to end the death penalty other than it’s expensive. For example, 1/9 of people that are sentenced to death are later found to be innocent, [there are] racial disparities in the death penalty, and…  it’s morally wrong for the state to use that kind of power.”

When thinking back to the roots of mass incarceration and the death penalty, Loehr said, “So much of what we do in this country is still a legacy of slavery and the lynching that followed and the civil rights that followed… I think that our views of the death penalty are still related to this idea of white supremacy in this country and a strong desire to punish and control minority populations… particularly African Americans.”

According to Loehr, systemic oppression and lack of action lead to a situation where it can be difficult to think about the next steps for finding an equitable criminal justice system. “I hope that eventually, we’ll see the elimination of the death penalty in this country,” Loehr said, “but I don’t think that will actually happen until we have a more successful and deeper conversation about the history of slavery, because the states with the largest numbers of slaves were also the states with the highest numbers of per capita capital punishment. Once there’s a broad understanding of that history, I think that people will no longer feel comfortable living in a state that executes people.”