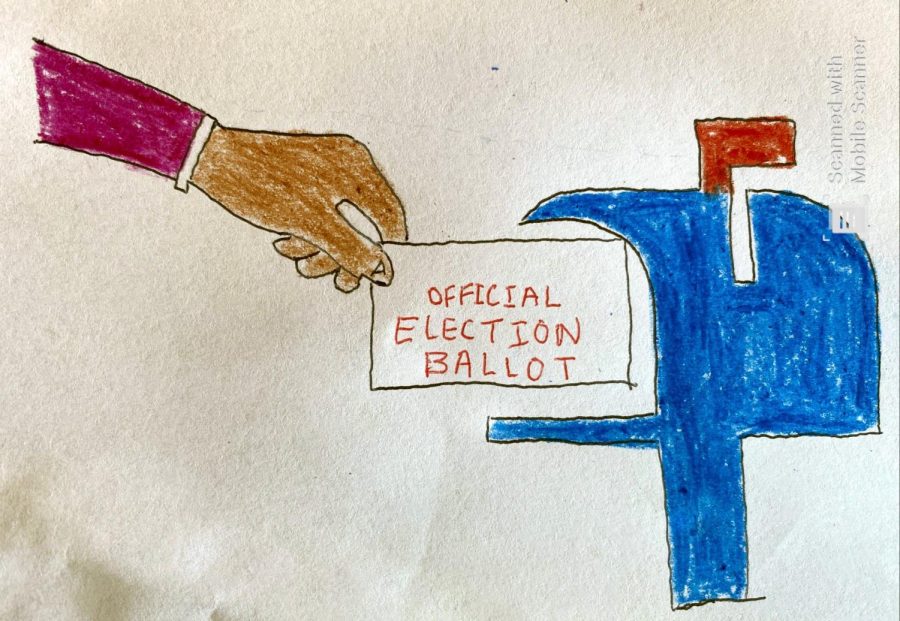 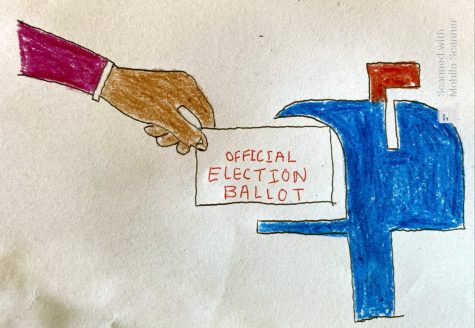 On the first Tuesday of November in 2008, 2012, and 2016, I was late to school. This morning is reserved for a family trip to the polls, and my parents’ every-election-year speech about the value of democracy.

To my family, and many other Americans, voting is a privilege and right which we hold dear to us. However, this year, as we adapt to life in a pandemic, it seems attending a polling place may contradict the safety recommendations of medical professionals.

CDC guidelines recommend people “stay at least 6 feet from other people,” “do not gather in groups,” and “stay out of crowded places and avoid mass gatherings.” While it seems possible to vote while practicing social distancing, attending polls is inherently a crowded and large group activity. So, this coming November, if attending polling places is unsafe, how will we vote for our next president?

In an effort to support the American people through this crisis, Congress has passed three relief bills. The latest one, known on Capitol Hill as “Phase 4” of the Coronavirus relief plan will likely address voting amidst Covid-19. Nancy Pelosi, the Speaker of the House of Representatives, told reporters that in this next bill, “we [House Democrats] will be supporting vote by mail.” While this may seem like a minor statement, to many Republicans, a federally mandated vote by mail is—from their perspective—a death wish, which they are doing everything to avoid.

After hearing of Democrats vote by mail plans, Trump tweeted, “they [Democrats] had things, levels of voting that if you’d ever agreed to it, you’d never have a Republican elected in this country again.” He has repeatedly expressed immense hatred for vote by mail claiming, “mail-in ballots are a very dangerous thing for this country because they’re cheaters.”

Ava Becker 21′ shares some of Trump’s fears about increased voter fraud with mail-in voting. “I think there is a lot of concern about tampering with votes at this point as a democracy…because it feels like a lot could go wrong,” she said.

It is important to note, in 2016, Trump created a commission to investigate voter fraud and found no evidence of widespread voter fraud. He disbanded the task force in 2018.

Additionally, the senior counsel to the Trump campaign, Justin Clark, argues not against mail-in voting, but against the federal government’s right to mandate it. Clarke has said, “States should maintain primary responsibility for their voting laws, making changes where necessary and utilizing flexibility within their existing laws.” Many Republicans agree with him.

Regarding jurisdiction over voting laws, David Sherr ’20 feels, “it wouldn’t be totally unconstitutional… for the federal government to mandate that mail-in ballots would be acceptable.” He added, “there is an amendment [which] prevents a poll tax and a literacy test.”

The difference between Trump and students Becker and Sherr is that after weighing the pros and cons, both Becker and Sherr support mail-in voting. “You shouldn’t have to compromise your safety to do something that is your right to do. And I think in the same ways that we have adjusted a lot of our lifestyles now, voting should be another thing that we adjust because it’s crucial to our system…. because that’s what a democracy is,” said Becker.

Democratic Party lead attorney, Marc Elias, feels mail-in ballots should be a right this coming presidential election. “I can assure you that we will not sit by and let Republican election officials, or the Republican Party, disenfranchise voters in a cynical effort to win elections at all costs,” he said.

Elias thinks that not allowing mail-in voting will suppress American voters, and the statistics agree with him. On April 7th, amidst a peak in the Coronavirus pandemic, the Wisconsin primary took place in-person against the advice of the CDC. The state’s governor, Democrat Tony Evers, attempted to delay the primary and loosen absentee ballot restrictions, an alternative to mail-in ballots, but was challenged by Republicans. The disagreement ended with the state supreme court ruling in-person polls would be in session, and absentee ballots would not be accepted after the election day.

Elias could not have more accurately predicted the voter suppression which would occur in Wisconsin’s primary. Milwaukee, which in 2016 had more than 167,000 people vote, saw voter turnout nearly cut in half in their 2020 primary. According to NPR, only 18,803 people voted in person and another 56,000 or so returned absentee ballots.

Lucas Platter ‘21, feels this voter suppression particularly needs to be addressed, “as it is affecting everyone.” Voter suppression and disenfranchisement have long been an issue, however, they have historically been targeted at a specific racial, ethnic, or socioeconomic group. Platter continued, “when we look at people’s races and economic backgrounds…there is a lot of correlation between groups that are already discriminated against.” While being aware of how the Coronavirus will impact every American citizen’s voting opportunity, Platter is also conscious of how the coronavirus may make voting especially difficult for already discriminated against groups.

This is affirmed by an MIT and Caltech study, which found that 47% of adults eligible to vote with family incomes of $20,000 voted in the 2012 presidential election. In contrast, 80% of people with incomes over $100,000 voted in the 2012 election. The study also found Hispanic and Black people were over three times more likely than whites not to receive a requested absentee ballot and twice as likely to be out of town on Election Day or to have to wait in long lines.

These experiences all contribute to decreased voter turnout of Black and Latinx voters, who, given intersections between race and socioeconomic status also make up a significant portion of the low-income population. If vote-by-mail is mandated, many disenfranchised voters, who are primarily lower-income, and Black or Latinx, would have greater access to ballots.

The possibility of increased voter turnout from traditionally-marginalized groups, which tend to vote democratically may contribute to Trump, and many of his peers’ belief that with mail-in voting, this country will “never have a Republican elected…again,” as said by Trump.

However, NBC News’s election experts are not confident that vote-by-mail would actually assist Democrats. They claim that many Republicans get elected in Utah, which does a lot of mail-in voting, and Republican-leaning counties in Wisconsin have been returning their
ballots at higher rates than Democratic-leaning counties.

Lucas Platter doesn’t think Republicans should worry so much about mail-in voting interfering with elections. He said, “coronavirus will definitely affect the way people vote, but I am not sure it will affect who we vote for.”