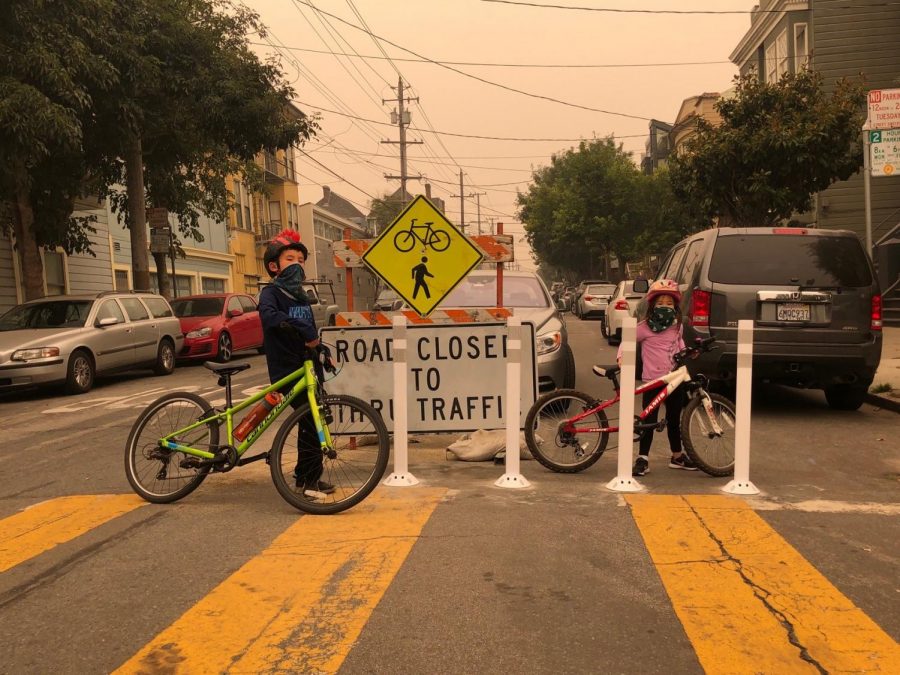 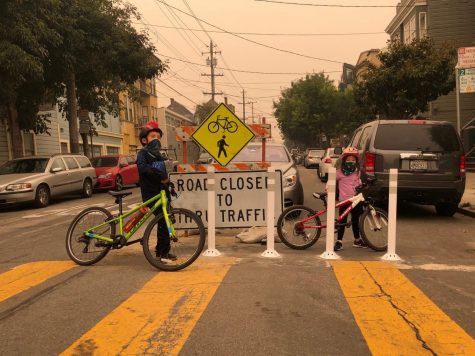 Urban students rely heavily on Muni and other public transportation to get to and from school, but coronavirus-caused Muni closures and budget problems have many worried the transportation agency may never fully recover.
Muni is San Francisco’s municipal transportation agency. Muni runs buses, trains, cable cars, and streetcars.
On March 24th 2020, the San Francisco Municipal Transportation Agency (SFMTA) had its first employee test positive for COVID-19. On April 7th, Muni began cutting lines, including the 5 Fulton, 31 Balboa, and the 21 Hayes, and by the next day, only 17 routes remained in operation. In addition to cutting bus lines, all light rail service has been suspended. Of the seven bus lines which have stops within five blocks of Urban, only the 7 is running normally. The 37, 6, 33, and 21 are all suspended, and the 43 and 5 are running shortened routes at a lower frequency with decreased capacity.
The decrease in demand due to fears around using public transportation during the COVID-19 pandemic has led to a drastic loss of ridership and revenue for SFMTA. In an interview with ABC7, SFMTA Director Jeffrey Tumlin said that the agency is “planning for a $200 million dollar loss…with fair revenue down 90%.” While Muni has received some federal help from the CARES Act, Tumlin says this has barely been enough to offset lost fares. “We fall off a financial cliff in 2022, to restore service, we’re living on our credit cards for the next two years,” said Tumlin. Some government officials have proposed that city leaders take a 10 percent pay cut over the next year to give Muni the necessary funds to continue operating, but Muni officials say this won’t be enough.
The recovery of Muni and the SFMTA is crucial to the city’s ability to provide medical care to those in need. A considerable number of hospital and medical workers rely on buses like the 43, which is often packed with blue-robed UCSF employees on their way to work. In an interview with SFist, Blake Young, a UCSF worker said he waits over an hour on some days for a substitution bus to get to work. Young says for people who don’t have their own vehicles, their options are limited. “I’d also prefer to avoid the $250 in Ubers per week just for transportation to work,” he said. “These inconsistencies are not new for Muni. They are just much worse in this time of need.”
In an attempt to provide for healthcare workers who have been impacted by Muni closures, SFMTA has partnered with the rideshare app Lyft to provide 30 days of free rides on their Bay Area bike-share program, Bay Wheels. This program is happening alongside offerings from SFMTA, such as subsidized taxi rides. Without reinvestment into Muni, many fear that greater privatization of transit will continue, causing Muni to fall into what comedian and former Patriot Act host Hasan Minhaj calls a transit death spiral: “When fewer people use public transit, it makes less money, which means it either has to cut service or raise fares or both, so even fewer people use it, which means it makes even less money, which means even worse service and higher fares.”
The Bay Area has largely been able to avoid this cycle in recent years. Amid a nationwide decline in transit ridership, the Bay Area has fared better than the rest of the country, and as of fiscal year 2019-20, 31 percent of San Franciscans still used public transportation daily, however, this has changed since the beginning of shelter in place orders.
Muni planned to reopen light rail service in August but that has since been delayed, and bus lines are reopening slower than expected. The return of light rail would have increased capacity, freed up more buses, increased ridership and allowed for more social distancing while onboard.
Public transportation will play a major role in allowing cities and countries to recover economically from the COVID-19 pandemic. According to the Centers for Disease Control, the use of public transportation does not carry a significant risk of transmission. Cities hope that ridership will begin to increase as people become more aware that very few cases of COVID-19 transmission have been traced back to public transportation. According to the World Bank, “for the sake of public health, economic recovery, and environmental sustainability, we must keep the momentum going to preserve the appeal of public transport.”