COVID-19 in India: What happened and how to help from afar

On May 6, 2021, India reported more than 400,000 daily new cases of COVID-19, the largest single-day spike in the world. This case number stands in stark contrast to India’s peak of 90,000 daily new cases in its first wave. India’s low cases in the first wave were surprising, given how densely populated many areas of the country are. Scientists attributed this to the belief that many Indians had already been exposed to the virus and built immunity. This new spike in COVID-19 cases is directly attributed to the B.1.617 variant, which was first identified in October of 2020. The new variant, as well as relaxed public health measures, have escalated India’s COVID-19 crisis, leaving the country with overwhelmed hospitals and a lack of resources.
Though India may seem distant from the San Francisco Bay Area, many Bay Area residents are trying to find ways to best support the country.
Sana Javeri Kadri, CEO of the Oakland spice company Diaspora Co., has used her brand which is self-described as “a love letter to Indian spices and cultures” to raise over $296,000 as of May 3, 2021.
Additionally, the website coividreliefinindia.com was created by Palo Alto resident Kawika Mediratta and her husband Rohit. The couple is aiming to raise $500,000 to source oxygen concentrators across India. So far, they have delivered 140 oxygen concentrators to Burari Field Hospital in New Delhi.
Inika Karulkar, co-leader of Urban’s American Born Confused Desi (ABCD), an affinity group for Southeast-Asian identified students, spoke to the importance of recognizing privilege and said, “most of the kids who are in ABCD come from the more privileged part of India, and are mostly well off.” She added, “those people are obviously the people who are doing better and not as affected as the ones who are lower class in India.”
The U.S. government is also attempting to aid India. They recently announced that the embargo on the U.S. exporting raw vaccine materials would be lifted. This decision follows a petition, which called for the end to this embargo, started by two Bay Area Engineers. However, there is still much work to be done in the Bay Area. As Anu Mandavalli, an organizer from the South Bay, told the San Francisco Chronicle, “A large portion of the world has been priced out of affording vaccines…we need to rethink our commitment to patents, none of us is safe until all of us are safe.” Here, Mandavalli is referring to the recent controversy surrounding the extent to which the U.S should protect the patents of its vaccines. The debate is between protecting countries, like India, by providing access to vaccine formulas, or protecting the financial interests of American companies.
Additionally, donating oxygen tanks is important because as Karulkar, said, ”something as big as the COVID crisis in India is something that we as Urban students can’t really do much about, besides donating oxygen tanks [and] being educated.” Karulkar also said that although “the South Asian population [at] Urban is really small,” she wishes the school would do more to inform students about the COVID-19 crisis in India. She said that finding accurate information can be challenging because “a lot of headlines try to get you to click…so they make [events] a little bit out of proportion.” But, she also emphasized the importance of staying up to date on things that happen not just in America.
Though Karulkar did say knowing that there isn’t a ton she can do makes her feel really helpless, the organizations linked above are a great place to start for those interested in supporting those in India who are suffering from the COVID-19 crisis. 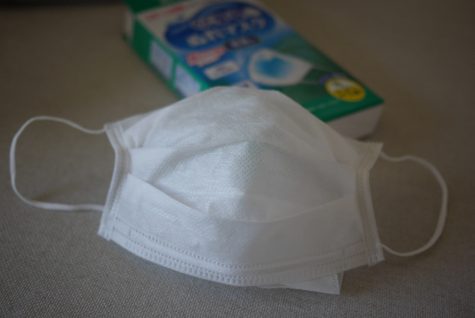