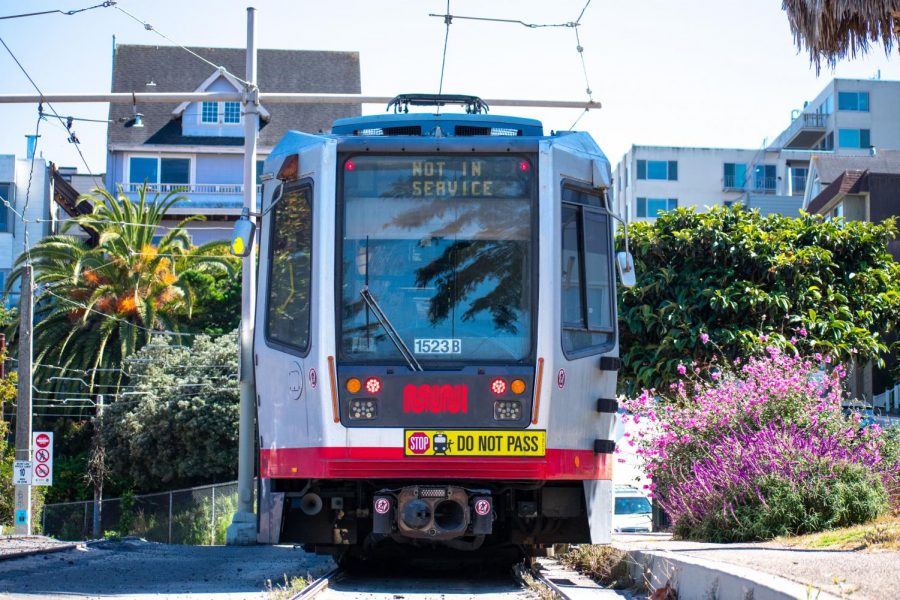 Story update: Since this article’s writing, SFMTA has fixed some of the problems mentioned in this article, mainly fare area access. Youth may now use the larger wheelchair accessible fare gates closest to the station agents booth for Clipper-less access to stations.

On Sunday, August 15th, the day before San Francisco’s public schools resumed in-person learning, all Muni Metro and bus transit became free for those 18 and under. While the decision to make Muni free for youth has been applauded by many, the rollout of free service has been riddled with problems ranging from delays, no-shows, station issues and more.

According to the San Francisco Municipal Transport Agency (SFMTA), the agency which operates Muni, “[N]o application or proof of payment/Clipper card will be required [for youth] to ride Muni.” Unfortunately, it hasn’t been that easy for many students riding Muni. For example, a Clipper card or fare payment is still required to get through the gates that allow access to Muni’s underground stations. For people commuting from or through downtown, including those who take BART, station access is critical. The SFMTA’s advertising of Clipper card-less access has caused many to be stranded, unable to get into stations without their Clipper card.

Furthering the confusion, Muni is still charging youth-rate Clipper card holders $1.25 when their card is badged while boarding a bus, train or entering a station. Muni knows these riders are 18 or under, as proof of age is required to get a youth-rate card.

In addition to issues with the free youth program, Muni has continued to struggle in making progress toward the city’s goal of an on-time percentage of 85%. As of September 2021, according to SFMTA statistics, a mere 52% of arrivals and departures were on-time. Many of the routes serving Urban students’ commutes have even worse on-time metrics. The 43 is timely 44% of the time, the 33 is 49% of the time, and the 7 is on time 48% of the time. All of these busses are on-time less than half of the time. The N Judah is accurate 58% of the time, the 24 at 52%, and the 6 fairing slightly better at 60%. None of these are on time even 65% of the time.

Paris Cardenas ‘24, who rides the 24 and 7 busses to school, says that they have been tardy many times because of Muni delays or no-shows.

These delays cost not only time, but carry a financial cost for the SFMTA, which relies on fares for a large portion of its revenue. As Muni on-time metrics decrease, so does ridership, which has already taken a massive hit due to the COVID-19 pandemic. And while the fare loss from the free youth program is paid for with money set aside by the Board of Supervisors, ridership loss of non-youth continues to hurt Muni financially. Funding shortages lead to reduced vehicle counts which in turn causes more lateness and unreliability to the system as a whole. A mere 52% of Muni vehicles arrive and depart on time, while routes serving Urban fall just below that at 51%.

Along with the arrival time issues, many students have also been affected by the shortening of routes. Carly Goldblatt ‘23 says that the shortened 43 route has forced her to walk further in the mornings. Goldblatt says the combination of having to walk further and the increased amount of no-shows and late busses has caused her many tardies. Andrew Ridley ‘23 also says the unreliability of the 43 has caused close calls with tardies. Shaan Grover ‘23 says that the shortening of the 43 has drastically changed how he can get to school and “totally screwed up [his] calendar.”
Free Muni has been a goal of pro-transit, climate and youth advocates for decades, and while many are pleased that the Free Muni for Youth program has been expanded, some advocates are still asking for more.
And while activists view the decision to make Muni free for all youth as a good one, the Board of Supervisors wanted more. Supervisor Dean Preston authored a proposal in May to allocate $12.5 million dollars for a 3 month pilot program making Muni free for all riders. The proposal got a 7-4 vote: a majority, but not enough to override Mayor London Breed’s veto. A veto which the mayor backs up with a litany of reasons, including the idea that people who are unhoused will use transit vehicles as “rolling shelters,” which activists say don’t perform well under scrutiny.

While Muni has its problems, Urban students are still appreciative, as said by Cardenas: “public transportation is amazing in that it helps many people travel at affordable prices and helps keep cars off roads, however, because of [its issues], it can ruin your day.”