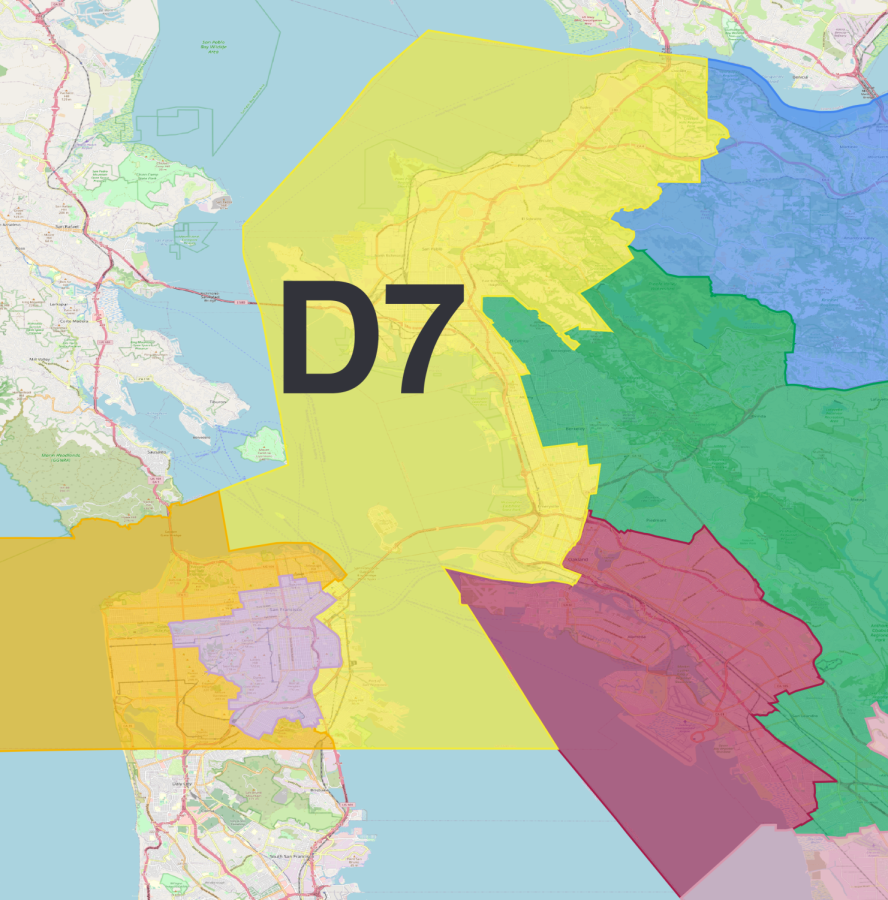 On March 10, the Bay Area Rapid Transit District (BART) announced that Director Lateefah Simon—the only Black board member—had been removed from her seat. Simon represents BART District Seven, which includes parts of eastern San Francisco, Emeryville, Oakland and Berkeley. BART says the removal was due to BART staffers discovering that Simon lived approximately 300 feet outside of her district. Simon moved out of her previous home because of racial threats and harassment that ensued after advocating for BART police reform. California law requires elected officials to live within the districts they represent.
The Legend talked to BART Board President Rebecca Saltzman about the chaos surrounding Simon’s removal from the BART Board. The quotes in this article have been modified and condensed for clarity.

CM: Can you provide a timeline of what happened?

RS: What has been clear in the public is that Director Simon needed to move for safety reasons, and she found a place to move, and somebody on BART staff told her that it was within her district and so she did move. It ended up not being in her district, but that wasn’t discovered until recently. When it became clear that it wasn’t in her district—a fact nobody, including Simon disputed—our General Counsel sent a memo to the board saying that the seat was vacant. Then in the following days, Director Simon, her legal team, some members of the public and some members of the BART Board started asking, ‘was this really the way to do it?’ So we engaged with outside counsel. Our General Counsel had been the one to make the [initial] determination that the seat was vacant, [but] he was out of the process after that. So we engaged with outside counsel with expertise in election law, and they determined that a seat is not made vacant until there is an action by the board or by the court to make it official.
And so at that point, we immediately told director Simon that she would be back on the board, and she joined us at the board meeting on Thursday.

CM: Do you or does the board as a whole have any intent to vacate that seat or not? Is the goal to keep Director Simon on the board?

RS: No, I of course, want to see Director Simon stay on the board. I was somebody who encouraged her to run in the first place and was a big supporter of her in her first race and her reelection races. She’s been one of my closest allies on the board. So whatever happens over the coming weeks, I want to see her continue to serve on the board.
At this point, our outside counsel is looking into what the next steps are, because it’s not super clear if the board must do this or the courts. There are lots of possibilities at this point. Outside council is going to be sending us a memo soon stating what the options are to move forwards. I can’t tell you exactly what that’s going to look like; I’m not an attorney, and certainly not a specialist in election law.

CM: Director Simon is the only Black director on the boa

rd, so obviously the optics of this are not good, especially for a transit agency that has struggled with racism through its history. What do you have to say to address fears that this only was able to happen to Director Simon because of her race and anti-racist work?

RS: I can understand why people are concerned. What I can tell you is that the BART Board currently is probably the most progressive BART Board we’ve ever had. We need a lot more racial diversity on the board. It’s something I’m working on. We know we certainly have an issue: our board is largely white and middle class and we have been hiring a lot of middle aged people, so there’s not a lot of diversity on our board.
I do have to say that the board as a whole really appreciates Director Simon, even the folks who disagree with her on some issues. I think she has good relationships with nearly everybody on the board, but again, the board didn’t make the decision here. She had very good relationships with the management as well. There’s nothing to me that suggests they had a vendetta out for her or were trying to get rid of her, especially given that she just served as [board] president a couple years ago, where she worked very closely with management and labor unions and everybody at BART as we weathered the pandemic. It was the hardest year in our history and they had to work together quite a bit. It’s extremely unfortunate. I feel very sorry for how this is all played out, and for Director Simon especially, who has been a friend and an ally. I understand that the public is very concerned about what happened, and we’re continuing to work on how to prevent something like this in the future and what we can do with Director Simon in the district now.