Russia, Ukraine and why oil is so expensive? 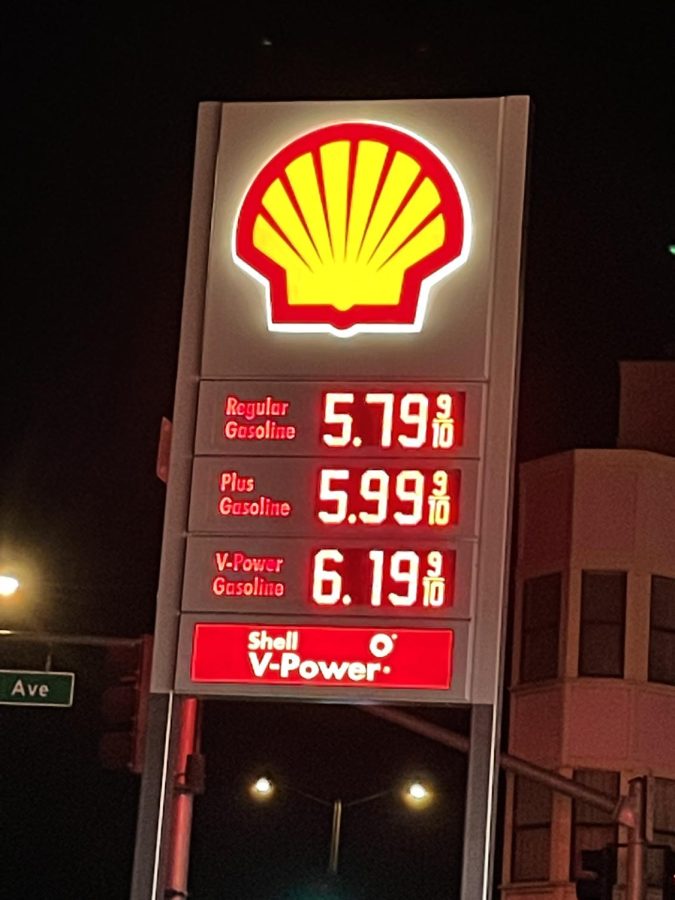 The worldwide wholesale petroleum and oil industry is — to no surprise — immensely lucrative. Many countries like Saudi Arabia or Russia have denationalized multi-billion dollar formerly state-owned companies in order to capitalize on their natural resources. Though Americans are distant from the battlefields, the country has noticed a rise in something a little closer to home — prices at the gas pumps.
Following little demand and overproduction due to the COVID-19 pandemic, crude oil prices per barrel fell from $63 in December 2020 to $16 in April 2021. Gas prices followed, with national averages of retail gas prices decreasing from $2.506 to $1.93 per gallon in the same timeframe. Even though oil prices reached decade lows, as people began traveling again they rebounded to what they once were pre-pandemic. But at the end of February 2022, oil prices began an abnormally sharp surge, with the national average of retail gas prices surging from $3.608 to $4.102, a 13.6% increase over a period of merely seven days.

On February 24, 2022, Russian President Vladimir Putin started what he claimed to be a “special military operation” which would entail the Russian Military’s intrusion onto Ukrainian soil. In the Charter of the United Nations (of which Russia is on its highly exclusive Security Council), Article 2(1) states, “The Organization is based on the principle of the sovereign equality of all its Members.”
While a member of the United Nations, Russia has not only threatened the national sovereignty of Ukraine but also increased international tensions between Russia and a multitude of countries belonging to the North Atlantic Treaty Organization (NATO). Moreover, strained foreign relationships between NATO and Russia have limited the extent to which third parties such as the United States can directly interfere with the Russia-Ukraine conflict.
Accounting for about 44% of its total exportation, and 39% of its federal budget, Russia is currently the second-highest exporter of crude oil and natural gasses in the world, just behind Saudi Arabia. Since international aid for Ukraine has been limited to indirect methods such as the exportation of weapons, many countries have turned to sanctions (strategic taxes), and even bans on Russian exports in hopes of slowing Russia’s economy to a stop. Initially, there was an unofficial de facto ban on Russian exports implemented by the international private sector, but no countries had officially sanctioned oil exports from Russia. Rylan Waterman ‘23, Urban’s Model United Nations co-leader said, “I think NATO has to help Ukraine with military effort or provide them with weapons, but I think that involving themselves [is] extremely dangerous.”
Between February and March 2022, many NATO members have implemented tariffs or sanctions on Russian exportations, but more influentially, within a week of each other the United States, Canada and the United Kingdom have officially placed complete bans on Russian oil and energy sectors. American and British imports comprise 10% of exported Russian oil, equating to a loss in exports of 800,000 barrels per day for Russia. British Prime Minister Boris Johnson, President Joe Biden, and Canadian Prime Minister Justin Trudeau, all announced they would be stopping imports to the detriment of the Russian economy. “I’m announcing [that] the United States is targeting the main artery of Russia’s economy,” said Biden, “we’re banning all imports of Russian oil and gas and energy.”

Some potential consequences and/or benefits of Russian oil sanctions:
These measures have slowed the Russian economy and have taken billions of dollars in revenue away from the Russian government’s federal budget. However, removing a major player in a gargantuan industry inevitably will cause ramifications in the global market. Russia currently controls 40% of natural gas and 22.5% of crude oil imports into the EU every year. “[A]bout 2 million [barrels a day] of Russian crude and 700,000 [barrels a day] of product exports have been disrupted so far,” said the Standard and Poor (S&P) global analyst team.
Not every country was ready to propose sanctions against Russia. Other members of the EU have asked the Middle Eastern Organization of Petroleum Exporting Countries (OPEC) to increase oil exports to fill. Currently, OPEC is a coalition made of 13 oil-exporting developing nations and contains some of the highest oil exporters in the world, including Saudi Arabia and the United Arab Emirates (UAE). Because of its control over global natural gas and crude oil outputs, OPEC plays a crucial role in raising or maintaining gasoline prices. Waterman said, “I think it’s important that OPEC and [other] oil-producing countries take a stance because they have enough power to [separate their ties from] Russia [even] with the limited amount of oil exported from [there].”
Even with alienation stemming from the rest of the world, because of their connections throughout OPEC+, (OPEC+ is a revision of OPEC meant to include countries with high oil exports) Russia has remained influential in OPEC+’s future oil production. As a result, OPEC+ has elected to stay neutral and has not met the rising demand, creating a massive gap within the oil and natural gas industry. As a result, global natural gas and petroleum prices have shot up in the duration of the past two weeks.
Although the goal of these sanctions was to impair Russian forces in Ukraine, the gap between supply and demand has left even wealthy countries like Germany rationing gas, creating the demand for a possible shift away from natural gas and oil. Non-OPEC countries such as the United States have pledged commitments to offset the sudden severance and have emergency authorized 90 million barrels of oil to sell to countries depleted of crude oil and natural gas.
When writing about a possible shift away from Russian oil, the United States Government said in an official statement, “In the long run, the way to avoid high gas prices is to speed up — not slow down — our transition to a clean energy future.” In spite of the high gas prices and the complicated relationship between NATO and Russia, the fight for Ukrainian autonomy has unified the international community in the heat of a humanitarian crisis. Perhaps in doing so, it has provided the necessary push to glimpse into a world where we can shift away from oil dependency. “It’s time to deliver true long-term energy independence in America once and for all. And I’m going to continue to use every tool at my disposal to protect you from Putin’s price hike.” Biden said. “This is not time for politics. Americans can’t afford that right now. So let’s meet this moment together. ”